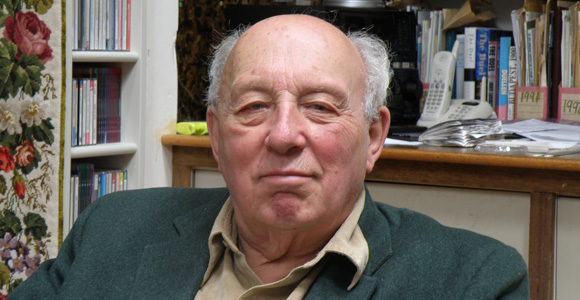 PHOENIX, ARIZONA. I don’t think that many reviews have yet appeared, but John Lukacs has just published another memoir, titled Last Rites. Patrick Allitt has an appreciative, but not uncritical, review (subscribers only) in the latest American Conservative. He is right that this volume is not, for a variety of reasons, as “scintillating” as Lukacs’s Confessions of an Original Sinner (1990). But then, Confessions truly is scintillating. It’s one of the finest American memoirs of the twentieth century. What makes it so fine is that it is not simply American. It is also deeply Pennsylvanian. In a state blessed with many more great quarterbacks than great writers, the Hungarian-born, British-educated Lukacs can lay claim to have evoked the character of the southeastern corner of the state as well as anyone ever has. (In this respect, add to Lukacs’s Pennsylvania oeuvre his Philadelphia: Patricians and Philistines and certain sections of A Thread of Years, one of the most memorable books I have ever read.)

Lukacs has earned his perceptiveness through a committed homemaking. After his good friend, the legendary Erik von Kuehnnelt-Leddihn, recommended him as his replacement at the not-so-eminent, all-women Chestnut Hill College, Lukacs soon settled in Chester County, just beyond the borders of Valley Forge. The home that he renovated was an old, ruined schoolhouse that sat on his first wife’s ancestral property. Over time, he and his three wives (serially obtained: he has twice been made a widower) have made it into an exceedingly comfortable place, fitting pleasantly and artfully into its surroundings. A large vegetable garden sits off to the side, in front, and the backyard descends gradually to the black waters of a narrow reservoir.

This is more or less Brandywine country, with forsythia-heralded springs followed by hazy, verdant summers and rather late, muted falls, and the most moving parts of Lukacs’s memoirs come in his portrayals of Chester County and his life there. For example, in Confessions he recalls attending a party, in the late 1940s or early ’50s, at a “farmhouse on a country road near Exton.”

It was there that I first smelled that inimitable scent of old Chester County houses: a potpourri of a faintly spiced mustiness wafting out from old walnut beams and herbaceous flowers somewhere in the kitchen. It was during our drives that I became enchanted with this deep green Pennsylvania countryside that I have loved, with an aching longing, ever since. . . . Chester County was old-American, a rich Arcadia still inhabited, here and there, by remnants of old gnarled people leading a faintly arcadian agricultural existence, unscarred by the physical and emotional ravages of two world wars, even though their lives had become motorized and gassy and on the cusp of television filling up the recesses of their minds.

This is all just right. I lived in this area for eight years while I was at ISI, and the back-country roads of Chester County induce similar feelings even today, including thankfulness. Thus, in Last Rites Lukacs recalls how

about a dozen years ago, I suddenly decided to row down to my friends, the Reeves, two miles away. So I went, with the plashing of my oars the only sound, except for one far cry of a loon. I rowed into their inlet and clambered up on their steep overgrown slope. We had a drink. I started to row homeward. I was alone, in the middle of the reservoir. Soon I saw not a single light. Alone, on that dark indigo water, as if one hundred miles away from any town, out in some wilderness, under a sickle moon. I was full of gratitude for what God and this country had allowed me, for this silent world where I belonged, where I had chosen to live.

They are the true conservatives, because of their respect for traditions, because of their authentic sincerity, incarnating a deep and pure spiritualism. Men and women such as Dorothy Day. Wendell Berry. George Kennan.” The fact that such observations are becoming commonplace, even if they are sometimes accompanied not with admiration but with horror, is certainly encouraging.