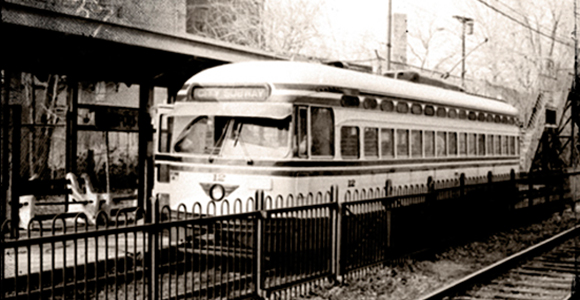 The idealism of the paleoconservative cause is simply too burdened by the idealism of its vision. Politics is not a time machine and we are not ever going to travel back to whichever pre-modern, small government existence that many paleos envision. ~E.D. Kain

It’s true that idealism would be quite heavily burdened by idealism, but if we set this odd statement aside I’m still not sure what Kain means. Politics is not a time-machine, nor is anything else, and no one is more keenly aware of the impossibilities of undoing the effects of past changes than the people who lament so much of what has been lost. Central to most traditionalist critiques is the insistence that everything comes with some sacrifice, and that, as I believe Prof. Deneen said at Yale last fall, whenever something appears something else disappears. The two main questions we keep asking are: “Is this the world we want to have?” and “Is X worth the cost?” Typically, our answers are no to both, and because we say no we are said to be doing nothing more than pining for a lost past. It’s as if someone threw out the proverbial baby with the bathwater, and then mocked you for your “idealistic” concern for the baby or, better yet, your nostalgic attachment to the bathwater as if the baby had never existed. This would be a mildly amusing diversionary tactic, if it weren’t so painfully obvious that we are almost always talking about the present predicament and what we owe to those who will live in the future. The strangest thing about the remark quoted above is that Kain knows all this.

Ortega y Gasset said, “The inability to keep the past alive is the truly reactionary feature.” (That is, the true reactionary–in a negative sense–is the one who treats the past as if it is completely dead and cut off from us.) Nothing here below lasts forever, every thing eventually wears out and breaks (unless it is repaired and restored), and everyone dies. Where some of us think that this truth should inspire fidelity, respect and mourning for what has passed, the general attitude today about practically every change seems to be one of celebration and satisfaction. No modern, much less post-modern, person can ever re-enter a world as if the last five hundred (or however many) years never occurred, and were anyone somehow able to do so he would be very confused and disoriented when he arrived.

Instead of silly idealism, Kain refers us to Phillip Blond’s Red Tory proposals, which are challenging and exciting and every bit as “idealistic” as any decentralist and traditionalist arguments here in America, paleo or not, and they are just about as likely to be adopted, which is to say not very likely. I mean, doesn’t Blond know that politics is not a time-machine? It is never going to take us back to the economically decentralized world Blond envisions. What could he possibly be thinking with all of his localist nostalgia and Post Office romanticism? So there!

That is what I might say to Blond if I wanted to dismiss everything he says and avoid seeing the bankruptcy of the vision of globalization he is criticizing, or if I wanted to use him as a foil for my own argument, as if it were somehow discrediting that he had been making these same “idealistic” arguments for years or decades before they became suddenly fashionable. In a pinch, I could also just turn off my brain and call him a socialist, but that is something better left to others. However, I agree with him on almost everything he has been saying over the last few months, so why would I do that?

Blond discusses local finance and subsidiarity at length in both his Prospect piece and his op-ed for The Guardian. Over the last thirty years, you could count on maybe one hand the American journals and institutions on the right that discussed subsidiarity, distributism, and their foundations in Catholic social doctrine, and you could count on probably one or two fingers the journals that discussed and embraced them as something other than historical curiosities and funny details in the life of Chesterton and Belloc. One of these has been, of course, Chronicles, but it is “paleoconservative” and so we can supposedly write it off just like that. This is now the term applied to most anyone who argues for ethical restraint, conservation, social solidarity, respect for and loyalty to place and sane foreign policy, which is not a bad summary of what paleoconservatives believe, but it is just as often applied to people who would never use it to describe themselves as a way of belittling and marginalizing their very relevant and challenging arguments. There’s no reason that someone couldn’t dismiss Blond in exactly the same way (“he’s a crazy Red Tory!”), and that would be a shame, because Blond is making a lot of sense.

However the global trade in credit and finance became one vast private sector monopoly where all market tiers were abolished in favour of a single homogenous conduit down which all credit and capital flowed. The trouble is that as soon as the world’s supply of asset-leveraged credit was threatened by a group of people being unable to pay their debts, the entire system shut down and the present meltdown began. In point of fact it looks as though the path to globalisation merely exchanged one form of state-engendered national monopoly for an international private monopoly founded on extreme speculation [bold mine-DL].

It is here that a financial variant of subsidiarity could have kicked in and avoided both statist inertia and the casino of monopoly capitalism. For why can we not have a subsidiarity of capital? Surely the task now is to avoid the cartels of both market and state and create a genuinely autonomous range of intermediate associations that can hold intermediate amounts of capital that we need to have loans and a life [bold mine-DL]. Why should the house or flat that you or I buy in Clacton or Cardiff be securitised and risked at the highest level of the market? Far better to have a local system of credit that is attuned to the local economy, so that ability to pay and the asset value of what is purchased are both more acutely aligned to the local economic base.

As some of us noticed during the inane “debate” over the bailout last fall, local and regional banks had by and large not fallen prey to the overleveraging that was destroying many of the major financial institutions, they complained that their irresponsible, larger competitors were being rescued from their own mistakes, and they wanted no part of the bailout because they didn’t need it. Of course, the idea that we should (gasp) interfere in The Market to build up a system of local and tiered finance rather than an overly concentrated, globalized one would be met with the same dismissive response, “Don’t you know that times have changed?” George Grant observed a long time ago that if small-government conservatives in America succeeded in shrinking the federal government and restoring state sovereignty, this would clear the way for domination by corporate oligarchy unless it was accompanied by economic decentralization. Of course, anytime someone suggests creating a more decentralized economy, he is dubbed a socialist who wants to meddle with the glorious Market, as if the current predicament resulted from anything other than collusion between centralized power and concentrated wealth. This is the false choice that defenders of the status quo love to present as a way to paralyze and halt any attempt at making sane reforms, and it is enormously helpful to them to write off as “idealists” those few who have been arguing for political and economic decentralization for decades. Since we are not going back to “an agrarian society or a totally localized economy,” and since we all know this, why are we spending any time successfully demolishing strawmen that represent the views of virtually no one alive today?

The Storyteller and the Cop