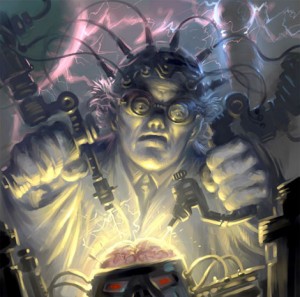 Russell Arben Fox has treated us to his reflections of the recently concluded APSA annual meeting here. It would be surprising if there were anything as thematic as what he reports here, given that the Association’s annual meeting is a sprawling and massive sea of academics who at best gather in cliques of academic specialty, ideological similarity, or graduate school camaraderie.

But, perhaps at least by dint of its name, there was in the past one common thing that held the Association together: at one point, it might have been understood what the word “American” meant in the association’s title. “American” designated an association that was physically located in, and even derived its identity from, the United States of America. While not limited to American citizens or faculty working in America, the designation indicated at the very least that the Association was born in the recognition of the basic claims and reality of nations.

In holding the recent conference in Toronto, Canada, the Association (and, by extension, the profession) has implicitly raised a question about this basic identification. I say “implicitly” because I know of no sustained discussion of the decision to place the Association meeting outside of the United States. Recently the decision to site the conference in New Orleans in 2011 received discipline-wide scrutiny because of perceptions that Louisiana law would make it an unwelcome location for gays; however, the decision to locate the recently concluded meeting in Canada received little comparable scrutiny (a small “retaliation” protest raised questions about academic free speech in light of Canada’s “Human Rights Commissions,” but was summarily dismissed by the Association and received only modest attention. Most of its signatories attended the conference).

Coming on the wake of a panel at last year’s meeting in which it was discussed – and an Association committee was formed to explore – whether the subfield of “American Government” should be eliminated as an outmoded nation-centered field that gives undue recognition or stress upon a particular place, the Association’s under-discussed decision to site the annual meeting in Canada gives pause. “Political Science” – like all the social sciences – was created under the aspiration to treat human phenomena with the same form of scientific objectivity, analysis, and rigor as was taking place in the natural sciences. A distinctive feature of the natural sciences is its universality – what is discovered by a particular researcher in one place is and ought to be available and replicable by a researcher anywhere else on the globe. Scientists often consider themselves to be a society of investigators who transcend place and time.

By contrast, the study of human things – especially politics – at least in its inception implied the recognition of the reality of human particularlity – meaning place, history, culture, politics, identity, loyalty, exclusion, patriotism, war, solidarity, and so on. The American Political Science Association was born of a mixed or even confused mandate: aspire to the objective, universal and disembodied condition of the natural sciences in the study of the human phenomenon of politics. If the word “Science” in the title “American Political Science Association” implied one way of being in the world, the other three words – “American,” “Political,” and “Association” – cut against the implications of that particular vocation. If largely understated, it was long understood that the field of American Government was legitimate because it mattered where one lived, and further, that one’s students know more about one’s own polity than those of other nations. Citizenship was a large component in the consideration of what mattered.

The decision to site the most recent meeting in Canada was largely treated – if discussed at all – as an administrative and possibly tourist matter, a decision to encourage international comity. However, implicitly it raises some large questions that have gone largely unexplored. At this point in the history of the Association, does it make sense to continue to call it the American Political Science Association. Given drifts in the profession away from implicit recognition of the legitimacy of place and history and citizenship, why retain this marker of distinction? Does the decision to site the most recent meeting in Canada imply that we have become the North American Political Association? If so, is this not an offensive exclusion of Central and South America? At that point, why limit it at all to the Americas? How can it be further justified to hold the vast majority of annual meetings in the United States?

The Association and many of its members would doubtless tut-tut that any such prospects were clearly not the intention in its generous decision to spread some of its wealth and legitimizing aura north of the border (they’d be “shocked, shocked,” that anyone could suggest any such thing). However, it’s precisely by leaving the issue unexplored and underarticulated that the Association is sending strong signals about (at the very least) its tendency to be intentionally subject to the prevailing winds of transnationalism, globalism and cosmopolitanism. The aim is to be placeless, to show ourselves – as true scientists – to be citizens of the world, belonging at once everywhere and nowhere.

For the first time in probably 20 years, I did not attend this year’s conference. I gladly remained home with family and friends on Labor Day weekend, ate barbeque, drank beer, saw a baseball game, and flew the American flag in honor of the American worker. On that weekend at least, I decided to behave as a father, husband, neighbor and citizen – and decidedly, not as a scientist.

A Tale of Two Symbolic Systems