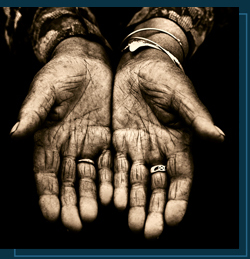 Kearneysville, WV. Barack Obama was swept into office as a firm and unmistakable repudiation of George W. Bush. After enduring the longest war in our nation’s history, after cringing at a brazen foreign policy, after watching the economy stumble and begin a slow implosion, Americans were ready for “change,” as the Democratic candidate so memorably put it. The “arrogant” conservatism of the Bush White House gave way to the “thoughtful” progressivism of Obama. Even many of those who were reluctant to sing the praises of Obama were hopeful that this young, dynamic president could bring meaningful change to Washington and to the nation.

The sweeping reforms pushed through in his first one-hundred days bore testimony to the energy and expansive vision of Obama. The world financial crisis legitimated his aggressiveness, for the experts argued that the entire economic edifice was teetering on the brink of an abyss and without bold and decisive action, the whole structure would come crashing down. The reforms were sweeping, to be sure, yet the bold new direction was, well, not really new at all. In order to jump-start the economy, the Obama administration, along with the newly formed democratic congress, inaugurated a spending spree the scale of which would have made FDR or LBJ blush. And now, with the health care reforms, the size and scope of the federal government only promises to increase.

Progressivism, it seems, is alive and spending. Conservatism is dead or at least in need of a serious overhaul. But what, exactly, is conservatism? The word is used, indeed overused, to describe a political and cultural position, but what position? While most conservatives embrace some version of market capitalism and limited government, self-identified conservatives don’t agree on the substantive contents of term. As a result, the word has become so elastic that it can be used to describe anything from George Bush to Pat Buchanan, from Andrew Sullivan to Pat Robertson to Rush Limbaugh. Is a concept that is so watered down that it can be credibly used to describe this range of individuals and their views really worth much at all? Is the word, itself, worth conserving?

Conservatism is often contrasted with liberalism. Liberalism derives, etymologically, from the Latin liberalis, which means liberty. Liberalism is a relative new-comer on the political scene. The primary political unit is the individual and the primary concern is individual liberty. Entailed in this is the notion that humans are beings with the capacity to choose. Liberalism, then, is the political school of thought that emphasizes the free choices of individuals. The language of human rights goes hand-in-hand with liberalism, for these rights refer primarily to the moral status of individuals. Along with the notion of human rights goes the idea of human equality: all humans are equally endowed with certain rights. When Thomas Jefferson writes that “all Men are created equal, and that they are endowed by their Creator with certain unalienable Rights, that among these are Life, Liberty, and the Pursuit of Happiness,” he is giving voice to concepts firmly rooted in the liberal tradition. In this sense, then, a major strand (and perhaps the major strand) of the American founding is tied to liberalism.

Most liberals are progressives. Progressives believe that things are, or at least can, get progressively better. They are optimistic about human nature and the human capacity for good. They understand human progress to consist of, at least in part, progress toward greater individual freedom. Progressives tend to be optimistic about the human capacity to solve problems. They look forward to the possibility, perhaps in the distant future, of a world without wars, famine, or sickness. Some progressives look for a future without government or private property, but in America most look forward to one characterized by democracy and free markets.

At this point, an obvious problem emerges. According to this definition of liberalism, it seems that Americans, both Republican and Democrat, are liberals. That is, they emphasize individual liberty, individual rights, and usually are committed, whether overtly or not, to the idea of progress. But Republicans, when they hurl the word “liberal” as an epithet, are not accusing Democrats of their love of liberty and rights. Instead, they are suggesting several things depending on the context. If the subject at hand is fiscal policy, then liberalism means a propensity to increase taxes, especially on the wealthy, and to increase state spending on social programs. If the subject is defense, liberalism means anti-militarism and a propensity to coddle the enemy. In the area of sexual ethics, liberals are libertines who want to destroy the sanctity of marriage between one man and one woman and instead permit marriage between any two consenting adults. A liberal is pro-choice on abortion and against capital punishment. Liberals coddle pedophiles (and may be one). They love the poor and resent the rich. When some call their opponents liberals they mean, at root, that they are irreligious god-haters or at least Unitarians. Liberals tend to drink Pino Nior and things with funny little umbrellas. In short, a liberal, in this colloquial sense, emphasizes expansive personal liberties and favors state solutions to social ills. The high rate of taxation that makes the latter possible may, in fact, truncate the former, but that is beside the point.

When Democrats hurl names at Republicans, they can, in the wake of the Bush administration, simply accuse them of being a Bush supporter. Because George Bush tended to find his highest approval ratings among the Christian right, and because some Democrats believe that this group, secretly or not, has designs on turning the United States into a Christian fundamentalist theocracy, the term “conservative” sometimes carries these connotations. At the very least it is used to designate a group of people who have certain moral beliefs that they want to impose on the rest of society. Furthermore, conservatives tend to be selfish and unconcerned about the poor and the destitute. Conservatives do not favor capital gains taxes or inheritance taxes and this has the effect of funneling more money to the rich at the expense of social programs that help the poor, whom conservatives resent as shiftless drags on society. Conservatives are selfish partisans of big-business who, at the same time, want to impose a strict morality upon everyone else. They also tend to be flag-waving jingoists who love the military, thrive on militarism, and own at least one handgun. Conservatives tend not to read books, they watch NASCAR, and drink beer from a can (unless they are Baptists in which case they drink Mountain Dew). The use by big business of salacious themes in advertising may not be compatible with the moralizing rhetoric of the culture warriors, but that is beside the point.

Both of these descriptions are caricatures used by one group to discredit another. And while they don’t get us far, they can give us some hints about what each side deems most dangerous. Those on the right are concerned about the libertinism and statism of the left, while those on the left worry about the moralism and social apathy of those on the right. The liberals want the right to be left alone in the bedroom, and they highlight the rights of the poor and disadvantaged. The conservatives seek the right to keep their own money and the freedom to raise their children in a decent society. Both generally recur to the language of individual rights to make their claims. In this sense, partisans on both the right and the left drink deeply of the well of liberalism.

At the same time, leaders on both the right and the left have, at various times, expressed their conviction that things are progressively improving, even as they lament the slippage that occurs when the opposition is in power. Ronald Reagan famously claimed that it is always morning in America. Talking heads on the right regularly equate progress with economic improvement and argue that if the federal government would simply step aside, a new era of economic prosperity would dawn. Commentators on the left argue that if conservative culture warriors would stop trying to pry into the private lives of others, peace and happiness would reign. In recent years, it is impossible not to hear politicians, on the left and the right, speak of “moving forward” or “moving ahead.” Apparently, they all assume that forward is the only viable direction and that things will get better if we continue to press onward. In other words, the doctrine of progress seems deeply embedded in American political discourse. If partisans of both left and right express themselves primarily in terms of individual rights and think of politics in terms of an underlying and open-ended progress, then we don’t really need the term “conservatism” at all. Both sides are firmly rooted in the soil of liberalism. They agree about the purpose of government (to protect individual rights) and the direction of history (progress). They may disagree about which individual rights to privilege and what, specifically, constitutes progress, but these are really in-house debates among liberals.

We are at this point confronted with a startling question: is conservatism a term that is useful or meaningful in the American context? At best “conservatism” as it is generally used today seems to represent merely one shade of liberalism. When the issue is framed in this manner, the raging debate between “conservatives” and “liberals,” while dealing with important matters, is really a series of tempests in one particular political tea-pot. The foundational questions have, it seems, been laid to rest. All sides are committed to the fundamental ideas of individual rights and progress.

But is there an alternative? Consider, for a moment, the word “conservative”. The word “conserve” comes from the Latin conservare, which is a verb meaning to watch over, preserve, protect, to continue to dwell in. Conservatives understand themselves as stewards. They commit themselves to preserving the good things of this world. Together they dwell in their various places, watching over those places and the goods inherent therein as they tend them in trust for the next generation. A conservative, then, practices the habits, arts, and disciplines of stewardship in community with others. Stewardship gives birth to acts of responsibility and care that are oriented toward the long-term preservation of the natural, social, and institutional goods we have inherited even as it seeks to cultivate them and thereby improve them in the process.

How would our political and cultural debates change if this authentic conservatism took hold?

In a climate of increasingly shrill and partisan debates, where the terms “liberal” and “conservative” are used as terms of abuse, where important matters are torpedoed by special interests seeking to aggrandize their power, Americans are looking for a better way. They are seeking a political and cultural direction that offers a viable alternative to the current offerings. They want something that is not simply the retreads of short-sighted ideas born of partisan politics and failed ideologies. Fortunately, there is hope, for many on both side of the political spectrum are coming to the conclusion that neither the left nor the right, as currently constituted, are capable of leading wisely. Something is seriously amiss and one more massive government intrusion will not make things better.

Perhaps a renewed vision is in order. Perhaps the notion of stewardship in community opens new possibilities for a renewed public sphere. Perhaps it’s time for conservatives to once again start thinking about conserving.

Love and Fear, Expertise and Regulation