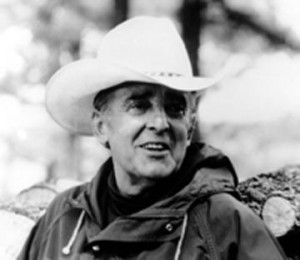 BURNED-OVER DISTRICT, NY. I have never really given a damn about my own mongrel ethnicity—I care about place, not race—and besides, there are many mysteries to which I don’t particularly want to know the answer. I heed Dr. Zaius’s advice to Charlton Heston in Planet of the Apes: “Don’t look for it, Taylor. You may not like what you find.”

But when a genetically tested family member on my wife’s side learned, quite to his surprise, that torrents of Basque blood course through his veins, I figured that I’d help my wife and daughter fit into their good shepherd heritage.

The first thing I did was order a bumpersticker featuring a menacing-looking Basque nationalist. Hey, Spain—hands off Euskal Herria!

Second thing I did was look up famous Basque-Americans. The bookends are Ted Williams and American Idol runner-up David Archuletta. The Armenians claim William Saroyan and Cher, so we’ll call that a draw.

Third and wisest act on my Basque list was a return to the novels of Robert Laxalt, whose literary acquaintance I had made shortly before he died with his hydrophobic novella Time of the Rabies (2000).

Robert Laxalt (1923-2001) grew up in a Carson City hotel run by his mother while his father was off in the mountains herding sheep. As a young Nevada newspaperman, Robert refused offers to helm United Press bureaus in Los Angeles and Mexico City, for as he explained, “I was a Nevadan to the core.”

In 1957, Robert published Sweet Promised Land, a widely praised account of his father’s return to the Basque village of his youth. The book’s success set him up for a literary celebrity that fleeted. For Laxalt’s people have never been Minority of the Month; his state’s image as a desert mottled by slot machines is crass and arid. So Robert Laxalt turned his back on the Manhattan publishing world, founded the University of Nevada Press, and wrote histories of Nevada, novels of ranch life, family portraits, and clear-eyed affectionate depictions of his neighbors, from Basque sheepherders to the lost souls of Las Vegas.

One Laxalt son stayed west, but another flew east: Robert’s brother Paul, who after serving as governor of Nevada did two terms in the U.S. Senate.

Robert fictionalized his brother’s rise in The Governor’s Mansion (1994), in which Leon Indart, the honest but canny son of a Basque family very much resembling the Laxalts, is elected governor of Nevada. (Typically, Leon, after having lunch with a mob hitman named “Icepick Willie,” pronounces him “the nicest man” who “wants to help.”) Leon tolerates organized crime in Las Vegas because “these are our people and gambling is what keeps the state alive.” The Governor’s Mansion is one of the very few political novels in which a conservative Republican is presented sympathetically, if unheroically.

A Carson City mintmark is a rarity to be desired, but the real Leon Indart must have mistranslated it as Crystal City. For upon retiring from the Senate, Paul Laxalt did not return home to Nevada, but instead traded on his name as a Washington lobbyist. Prostitution is legal in Nevada but mandatory in D.C.

I have no scunner against Paul Laxalt, Reagan confidant and a well-liked senator, but I measure such men against the standard of my late friend and landsman Barber Conable, who for two decades represented us in the House with an integrity and placefulness that almost makes me believe that Madison’s design once had a chance of succeeding. Upon his retirement, Mr. Conable was offered the usual 30 (million) pieces of silver to betray his homefolks and stay on as a D.C. lobbyist, but as he once told me, “There’s nothing deader than a dead politician. I recall my friends Wilbur Mills and Al Ullman coming to lobby me after they had gone to their rewards one way or another, and I would duck into doorways to avoid them because they would be asking for things that I knew they didn’t believe in. They were pure mercenaries.” So Conable came home. Most don’t. Whoring out is far more lucrative.

Robert Laxalt wrote of a recurring dream in which his fictive counterpart returns to Carson City and searches, vainly, for the house in which he grew up. “No house of that name was ever here,” an old man tells him. “No one by that name ever lived here.”

I don’t suppose lobbyists are troubled by such dreams.

One Laxalt brother’s name decorates public buildings in the Nevada he long ago abandoned, but it is the other brother, the one who stayed home, whose name is written in the desert sands and aspen groves of the Silver State. Wanna wager whose Nevada lasts longer?

From The American Conservative—whaddaya mean you don’t subscribe? click here— my column on a rooted man from a state with so many nomads it makes Florida seem moored.