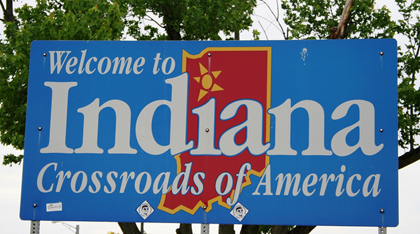 Devon, PA.  If you have not encountered Eric Miller’s savage indignation elsewhere, here is a fine place to start: his review of David S. Brown’s Beyond the Frontier: The Midwestern Voice in American Historical Writing, an impressive new history of the academic historians of the Middle West, from Fredrick Jackson Turner and Charles Beard to the Jeremiah of our age, Christopher Lasch.

Brown’s monograph surveys the early- and mid-Twentieth-Century effort of historians from the Midwest to defend their region as a true apotheosis of American culture; on the flat and rolling lands stretching from western Ohio to western Iowa, Americans at their most optimistic, scrappy, independent, and temperate created a new American civilization that existed in competition and tension with the older, Eastern tradition.  Such an account is invaluable for a number of reasons, the most sensational of which will be that for many Midwesterners it will come as news that they “have” any culture of their own.  The comparative youth of the Midwestern settlements, their native populism and agrarian sense of the good of individual resources and communal responsibility, and their expression of the intellectual life primarily in the form of small, rural-centered liberal arts colleges, all militated against any kind of self-conscious or assertive Midwestern culture coming into being.  And so, the land was ripe picking for the age of television: how much of life in the Midwest consists of receiving broadcast beams from the East and West coasts only sociologists and advertising researchers really know, but I can say from experience that it is enough to give life in flyover country the sense of being, well, flown over: a dream-like death-in-life, from which one hopes to be stirred by turning from the local news to the national, as if reality itself were located elsewhere.  The effort to make this great if dry people coherent to itself was a great project that industrialization, mobility, and American corporatism both gave birth to, allowed to flourish for a spell, and then destroyed like a Walmart-bomb dropped on Main Street in Van Wert, Ohio.  If we weren’t the “crossroads of America” before, we became as much in becoming the nodal target demographic for a million commercial images of goods that look absurd on the streets of Gary or on the streets of Wakarusa.

Brown captures the historical details of this project: the articulate advocacy of Midwestern populism, isolationism, and hearthstone fidelity as a model for America as a whole.  Miller intervenes to tell us — rightly — that the bland conventions of contemporary academic historical writing have nothing on the works of Beard and Lasch; this is a shame, because ours is an age that calls for intelligent passion, for an effort to save the remnants of the American heartland and to make it flourish once again.  Miller concludes:

Brown’s is, in short, a sobering story, taking us into the tragedy not just of American diplomacy but of America itself. These historians were right: the Middle West really did have a good thing going—it had manygood things going. Yet it found itself unable to protect its goods. What could be worse? The outrage of Beard, Williams, Lasch, Bacevich, and so many others is utterly warranted.

That’s how the story looks to this historian, at least. One of the curiosities of the book, though, is Brown’s near inability to express strong judgment on the matter. What judgments he does make certainly do not structure his narrative in direct fashion; they creep in, cautiously, gingerly, as quiet side notes. The poet and essayist Christian Wiman says there is “perhaps one definite requirement for a vital style: it must make a reader feel that something is truly at stake.” But Brown, for all of his analytic insight and narrative skill, is unfailingly—and these are the words that come instantly to mind—even-handed, impartial, objective, detached. He does not take sides—or rather, he takes all sides. The eastern cosmopolitans had their strengths, the midwestern “provincials” (his term for them) had theirs. “Lasch combined scholarship with social idealism to construct a suggestive if incomplete analysis of what ailed America,” we learn as we close out the chapter. “Taken as a whole, the earnest, uneven results remain exciting.” As the book ends, we’re brought to see that, “bowed but unvanquished, the heart of this persuasion beats on—as it must. Our sense of place, after all, has always illuminated our sense of the past.”

Surely, in the real, moral universe that we all every moment inhabit, a story such as Brown’s requires more response than this—more judgment, more extremity, more feeling, above all, more engagement. Is it really enough to drily note that since we all live in places, we can be assured that they will affect our historical and political visions? Is there really nothing else at stake? Beard would surely think so.

Make no mistake: Brown is an impressive scholar, with a sharp eye and fine narrative style. What he lacks is a professional climate that grants the freedom to write what the editor and writer Paul Elie describes as “great books,” “books we read with our lives.” “We don’t segment off some part of ourselves to read them,” Elie suggests. And yet this is precisely what the academy requires of its faithful, who must act as if the world, including the entire past of the world, can be defined and narrated on the terms of naturalistic science, with its discredited notions of objectivity, its barren empiricist epistemology, its truncated rendering of all we know to be vital and decisive—and its shrunken ability to make possible a good story about our past, much less a true story about our past.

At their best, Brown’s historians fought for ways, even within the straitened language of the modern academy, that would permit a moral vision to shape their narratives about what happened. At their weakest they became (as the example of Turner shows—he who insisted on calling himself a “social scientist”) propagators of the great secularizing movement of modernity that would narrow considerably the possibility for “great books” in the field of history, placing out of methodological and narrative reach the deepest questions of the human race itself. It goes without saying that in the absence of such books it is difficult to conceive of a great common life in any region of the modern West, let alone the Middle West.

Still, Brown’s historians knew this: that history is not an end in itself. Those who love life, and especially the way of life of their people, find ways to write histories that will call their people to it. Too much is at stake not to. We, living in these troubled times, are fortunate to have the books of these historians, who loved their place and its ways. We would do well to write our own.

A Note on Right, Left, and Lasch at the Present Time