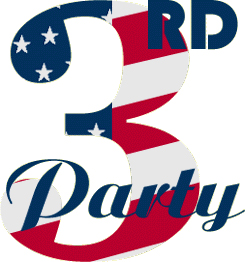 Kearneysville, WV. The race for New York’s 23rd Congressional District’s open seat has garnered national attention. The Democratic candidate, Bill Owens, is currently running a few points behind Doug Hoffman, who is running under the banner of the Conservative Party. Over the weekend, the Republican candidate, Dede Scozzafava, trailing badly in the polls, pulled out of the race and tossed her support to, believe it or not, Owens.

Some prominent conservatives have come out for Hoffman, but others, including party insiders such as Newt Gingrich, have, at least until she dropped out, supported Scozzafava on the grounds that party loyalty is essential for overall success in Washington. But perhaps this dedication to party above principle (or dedication to party as principle)  is indicative of some of the deep-seated problems lurking at the heart of both the Republicans and the Democrats.

Many political analysts are suggesting that this race may be a bell-weather indicating the fortunes of the Obama agenda. But even more, this could portend the rumblings of a challenge to the dominant two parties in America. Recent polls suggest that the vast majority of Americans think we are on the wrong track. Another indicates that fully a half of voters would like to see a viable third party.

What are the prospects of galvanizing this dissatisfaction into a coherent challenge to the entrenched people and interests of both the Democrats and the Republicans? On the one hand, it may be that the general dissatisfaction is real but is coming from far left, far right and everywhere in between. If so, then the prospect of a viable third party emerging from that morass is unlikely. On the other hand, perhaps, despite the differences, there is a significant portion of Americans who could rally around a platform that addresses some of the most urgent concerns underlying the pervasive dissatisfaction with the status quo. While this is merely a preliminary attempt to articulate the broad parameters of such a platform, here are ten positions that might fit the bill.

1. Fiscal Responsibility. Citizens cannot spend more than they bring in and the government should be held to the same standard. Redundancy and waste must be eliminated. A responsible monetary policy must include a stable dollar. Bailouts of private firms and sectors is an illegitimate use of tax-payer money.

2. Federalism. The federal government has slowly insinuated itself into every facet of our lives through the congress, the courts, and administrative agencies. In most cases this leads to a loss of sensitivity to the diversity of regions, states, and localities. It reduces the opportunity for creative experimentation that could lead to the development of innovative solutions to vexing problems. Ultimately, the expanding scope and power of the federal government represents a threat to the freedom of individuals and communities. This must be reversed. Power must be returned to the states. Congress might cede certain prerogatives back to the states, or in the likely event that does not happen,  states must act to assert independence from federal interference.

3. Environmental Stewardship. One of our fundamental responsibilities is the proper care of the natural world. Stewards must wisely use natural resources so that future generations will not be deprived. Limits are natural, and giving in to every impulse indicates a lack of virtue befitting spoiled children. Sustainable use of the natural world may include voluntarily limiting our consumption. Stewardship of our land and water resources requires wisdom, careful study, and a long-term perspective.

4. To big to fail? Break it up. If a corporation or business sector becomes so large that its collapse would threaten the stability of the national economy, it is too large. It should be broken up either voluntarily or, if necessary, by government intervention.

5. Regulatory Reform. Regulations that favor the giant corporation over small businesses should be eliminated. Lobbying laws must be reformed to eliminate the incestuous legislative process whereby corporate interests help to write regulations to which they will be subject. A level playing field, unimpeded by regulations created to suit large scale concerns, will provide an opportunity for America’s small farms and businesses to flourish.

6. Tax Reform. The tax code is far too complex and benefits no one but tax attorneys and accountants. Americans spend far too much time and money on tax compliance and preparation. A national sales tax should replace the current tax code.

7. Immigration. America is a nation of immigrants. Immigration is a source of our strength and diversity. Illegal immigrants, though, mock the laws that legal immigrants follow. Illegals should be treated as law-breakers. At the same time, the American economy currently depends on significant numbers of seasonal laborers and these are often illegals. Generous work permits for seasonal workers should be made available along with, in reasonable numbers, a means for moving toward citizenship.

8. Health Care. Americans should have access to quality health care. At the same time, people will not moderate their use of the health care system unless their choices are tied to market forces. Creative solutions are necessary to accommodate the various needs of individuals without compromising free choices. Nationalizing the health-care system will remove the incentives produced by market forces and, ultimately, undermine the quality of the system.

9. Energy Independence. As long as we depend on foreign oil for a significant part of our economy, American foreign policy will be deeply invested in some very unstable parts of the world. We must actively engage in developing alternative energy sources that are clean, safe, and renewable.

10. Foreign Policy. The sweeping aspirations implicit in recent attempts to rid the world of evil doers while bringing democracy to non-democratic nations has over-extended American reach, destroyed American standing around the world, and cost untold amounts of money and far too many lives. Undeclared, elective wars with no coherent measure of success or exit strategy represent a failure of leadership and a gross misuse of American military power. Our first President warned of foreign entanglements and, while a prudent foreign policy will not embrace a policy of isolation, it will recognize the necessity of scaling back American military presence around the world. America is a republic and not an empire.