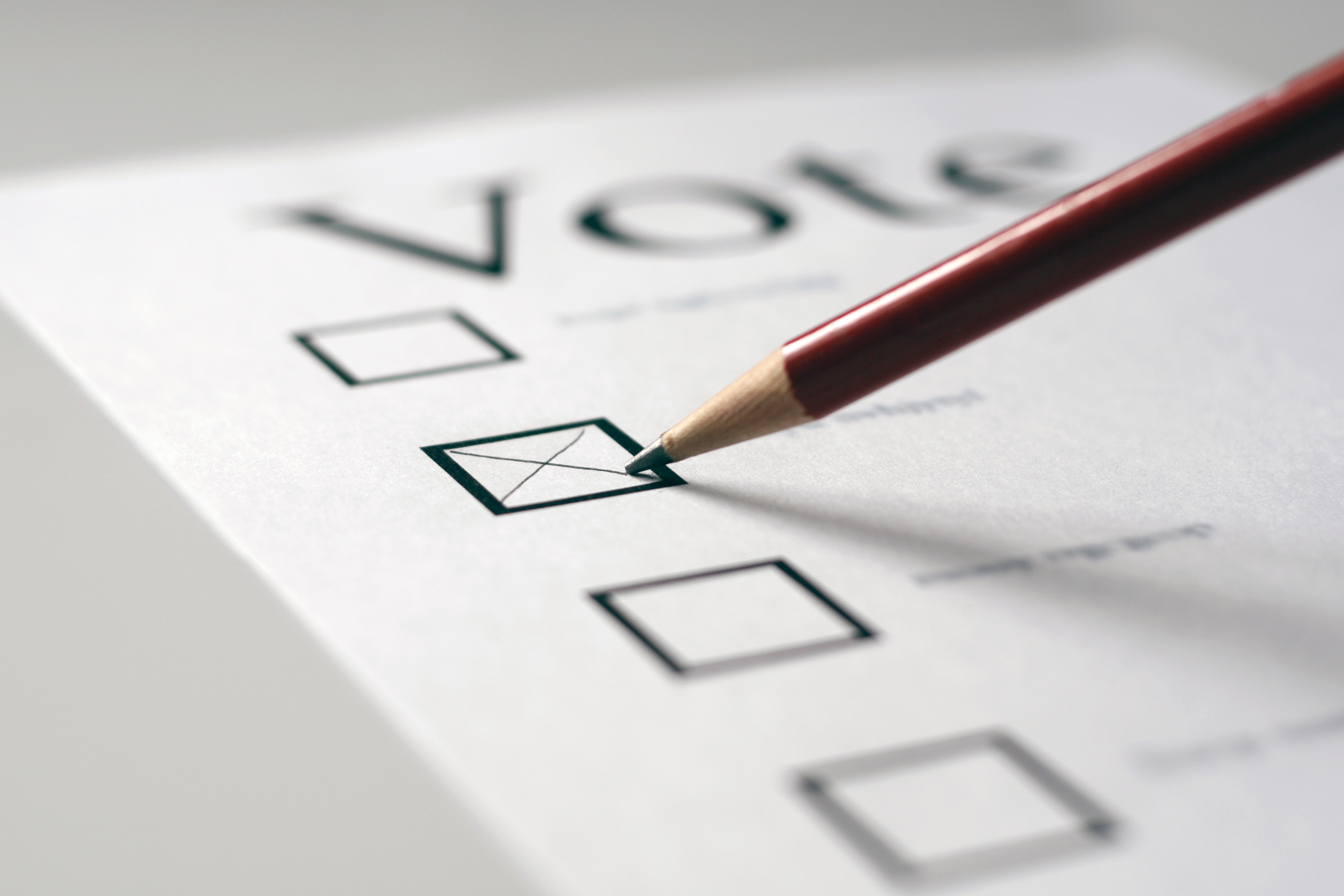 The 2020 presidential election cycle has been in full swing for months now, and we are still almost a year away from casting our actual ballots. We justify this colossal expense of attention by inflating the importance of the choice at hand: every four years, we hear that the fate of the nation hangs in the balance. Yet the two major parties continue to put forward candidates who don’t offer substantive policies that would address our fundamental, long-term challenges. In fact, they increasingly present us with a pseudo choice, a choice that is no real choice at all.

Wendell Berry’s provocative “Questionnaire,” might be put into prose and updated for the 2020 election with these new, dismal choices:

Some might complain that these questions propose a “false equivalency” between the parties or candidates, but my real point here is merely to pull back the curtain on our presidential circus and—to mix metaphors—suggest that the Emperor is in fact stark naked. So instead of breathlessly reading every political story and carefully watching the interminable slate of presidential debates over the next few months, perhaps we should do something more worthwhile with our time, something to cultivate the political conversations our major presidential candidates aren’t having. I was recently reading Christopher Lasch’s 1994 book The Revolt of the Elites and the Betrayal of Democracy, and his critique of presidential politics and televised debates is only more accurate today:

To prepare for this ordeal, candidates rely on their advisers to stuff them full of facts and figures, quotable slogans, and anything else that will convey the impression of wide-ranging, unflappable competence. . . The nature of the occasion requires them to exaggerate the reach and effectiveness of public policy, to give the impression that the right programs and the right leadership can meet every challenge.

Hence Lasch concludes that “at this point in our history the best qualification for high office may well be a refusal to cooperate with the media’s program of self-aggrandizement. A candidate with the courage to abstain from ‘debates’ organized by the media would automatically distinguish himself from the others and command a good deal of public respect.” What is the alternative? “Candidates should insist on directly debating each other instead of responding to questions put to them by commentators and pundits.” Lasch is right that presidential debates are essentially a poor replacement for the circus. Yet it is hard to imagine candidates today having the courage to decline the bright lights of a televised, live-Tweeted debate for more sober, substantive discussions.

Nevertheless, there is at least one presidential candidate doing what he can to foster such discussions. Brian Carroll, along with his running mate Amar Patel, has been nominated by the American Solidarity Party to run on a platform that transcends the partisan divides of American political discourse. He graciously agreed to answer some questions about why he is running for president and what he hopes his candidacy can accomplish. In a very discouraging political environment, Carroll’s work brings hope.

Jeffrey Bilbro: Why should someone vote for you? I have friends who tell me that voting for a third-party candidate is just throwing away my vote, but I tell them that third parties can be one way of cultivating our grotesquely atrophied political imaginations. What is your response to people who are reluctant to vote for a third party?

Brian Carroll: Third Party voters have made the decision to sacrifice unsatisfactory, short-term victories in hopes of better gains over the long haul. Election schedules force both major parties to think in segments of two or four years. One classic example was California Governor Pete Wilson, in 1994. He wanted to boost Republican turnout for his re-election campaign, so he put a proposition on the ballot that outlawed bilingual education. It did bring out Republicans to vote for him, but it offended the fastest growing demographic group, not just in California, but in the whole country. Hispanic immigrants tend to be family-oriented conservatives, but Wilson wanted to be President, and needed a gubernatorial win that year. Yet as a result, for all intents and purposes, there is no Republican Party in California today. The pursuit of short-term goals also tends to depend on fear as a motivator. That often results in racist tropes, and xenophobia. Long-term goals tend to be on a higher plain.

The problems our country and the world face today do not lend themselves to two- and four-year quick fixes. The battles against Climate Change and to provide Racial Justice are not going to provide the immediate and measurable results that a President can brag about for re-election purposes.

As a third-party candidate, I don’t have the seduction of imminent victory tempting me to make compromises. I can promote policies that support the long-term health of our country and the world. The truly creative thinking in our country comes from third parties, and as those ideas gain acceptance, one or both parties will adopt them. Ross Perot championed a balanced budget, and both President Bush and Challenger Bill Clinton had to shift in that direction. Perot’s influence lasted through several administrations.

As I looked at the situation in 2016, I reached two conclusions. First, the short-term focus of our politicians made them easy targets for the long-term desires of our monied donor class. And second, nothing good could come from the choices we were presented by the duopoly. I decided it was time to write 2016 off as a loss, and begin to work toward 2020. Of course, I could not—in my wildest imagination—have foreseen that I would be a candidate.

JB: The American Solidarity platform includes planks that, at least in the American context, have long been seen as contradictory. For instance, it combines a distributist emphasis on local control and subsidiarity with a commitment to using the federal government to tackle big problems like environmental degradation and poverty. What core commitments enable this party to so radically reimagine political possibilities?

BC: Rather than offering a batch of new ideas, the American Solidarity Party offers a new combination of ideas. We believe that government does have a legitimate role in American life, but the strategies for different issues are best addressed by different levels of authority, starting with individual families, and extending to treaties between sovereign nations. The UN has no business forcing abortion on its member nations, but it does have a role overseeing the rules of ocean-fishing. A city council—even for a city adjacent to a national border—cannot set immigration policy, but it should be able to set zoning laws, with some oversight from the state legislature. Parents and a local school board should have the first say about curriculum decisions. The Federal government grew when no state government was big enough to control the railroads. The nature of the problem should dictate the appropriate way to address that problem.

JB: Our political discourse has many examples of candidates using religious faith to legitimate policies in tendentious or even mendacious ways. What is your approach to allowing faith to guide political policy?

BC: There will always be a tension between religion and secular power. That tension can either be creative or destructive, depending on the ability of each side to avoid a heavy hand, or the temptation to pursue flashy victories. Success here may not make headlines, but it will improve people’s lives.

At the Presidential Politics Conference at Dordt University, I heard a speaker who worked in the Office of Faith-Based Initiatives under Bush 2. He said they were simply expanding work begun under President Clinton, and which was continued under President Obama. The office is still there under President Trump, but it suffers from staff vacancies and a poor understanding of what its job should be. This office should be a priority, under any Administration.

My faith should be evident in my behavior, but less so in my stump speeches. Yesterday, I met for two hours with one of our party’s few Muslims. It was a great meeting. We were each open about our faiths, and our efforts to promote those faiths, but we see a common interest in a party that defends religious interests in general, and the family values shared by our faiths.

JB: American political discourse has become incredibly cheap and vulgar. In this age of soundbites, Tweets, and insults, what can we all do to promote a more robust civic discussion regarding issues of real importance?

BC: A President’s ‘bully pulpit’ allows him a place to model a better discourse. During the election between Barack Obama and John McCain, each corrected questioners who started with an insult against the other. We need to get back to that. I think one reason I was nominated by the American Solidarity Party is that during some fairly intense disagreements within the Party, I demonstrated the ability to discuss important topics with civility.

BC: The spectacle aspect really is crazy. If you look back at the 2016 election cycle, I think the Republicans were holding their first debate sometime in October, of 2015, and Bernie and Hillary were still negotiating about their first debate in late December. I don’t know of any way I can influence the spectacle nature of the campaign as a third party candidate. I can model responsible citizenship, showing care for those who are left behind by our system, and by using the Socratic method in my writings and stump speeches. I can suggest new ways of thinking.

I remember an essay I was assigned to read in college, by Lionel Trilling. He said a person who wants people to consider new ideas must in some ways play the clown. If I come at you with a challenge to your long-held ideas—and do it from a position of power and respectability—you have to take a defensive stance to protect yourself. But when a clown suggests the new idea, listeners can afford to consider the new idea on its own merits, because the messenger is easily dismissed. I don’t think of myself as a clown, but a third-party candidate is easy to dismiss as a messenger. That means people can let down their guard and consider the message. Somehow, if we are going to save our democracy, we need to create conditions in which people can let down their partisan guard.