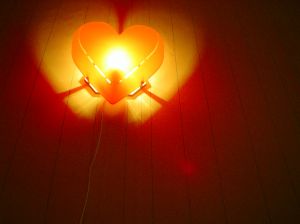 Hillsdale, MI.  Cultures banging at each other is rarely a pretty sound.  A good friend in Kabul recently told me that Afghans call us “kaffir feringhees,” which translates roughly, foreign assholes.   I’ve been called a lot worse, and, God help me, I’ve called others a lot worse.

Barbara Kingsolver’s novel The Poisonwood Bible inspires these thoughts, and makes me think of Willa Cather’s Death Comes for the Archbishop.  Cather’s is the best novel I have ever read.  Kingsolver’s is up there, although it fails for reasons that Porchers should take very seriously.

Both take us into the neverneverland where cultures that have no common language collide.  I don’t mean translation, but what is inside the language.  Kingsolver’s book is about a missionary family in the Congo in 1960 or so; Cather’s is about a missionary priest in Santa Fe in the years after 1848.  Both are almost radio voices.  Kingsolver lets five women from the Price family, in beautifully distinctive voices, tell us how to hear Original Sin from Africa.  Cather gives us a medieval saint’s sermon from the desert southwest.

White men don’t behave very well, which is another uniting feature of these novels.  They are ferocious Baptist ideologues–pastor Price in Poisonwood–or money grubbing pilots or stupid pantheists; or murderous baby-killing nasties–Buck Scales in Death Comes–or at the very least arrogant villains who want to change the Order of Things for their own dirtbag reasons.  Cather’s  story-within-a-story of the priest who gets thrown off a mesa is worth the price of admission.  Unfortunately, Kingsolver is less subtle about what happens to Baptist Price, but that’s for you to enjoy.

Willa Cather sorts out for us what happens when a French Catholic priest who has served for a while in Ohio gets assigned to the New Mexico desert to make spiritual order from the collision of Spain, Indians (as we called them then), The United States, and the Church.  Kingsolver separates for us what happens when Belgians are leaving a people they never tried to do anything but rape, the naive hope of Lumumba followers for independence, the terrible effects of American money, and shows us the absence of God but the presence of gods.

Read the books if you want to fill in the blanks.  The very small point I want to make here is that they raise a profound question: What unites us and what divides us?  Kingsolver says the FAMILY (or, more specifically, motherhood) unites, and everything else, especially politics, divides.  Cather says the CHURCH unites, and everything else, especially race, divides.  Both are right, but Kingsolver’s understanding of family is profoundly wrong.

Poisonwood is a toxic tree relatively common in tropical areas like the Congo, south Florida, and central America.  Handling it can make a bad case of poison ivy look like a minor skin rash.  Pastor Price gets a case, but he has given it to his family metaphorically even before they arrive in the Congo; he also tries to baptize Congolese villagers into a Bible that has an even worse case.    He represents an American backstory, which comes forward as the novel develops, that not only does not improve upon the Belgian colonial record, but makes it worse.  The extraction of African wealth, material and spiritual, by American manipulation, makes Conrad’s Heart of Darkness look rather tame.

Kingsolver’s Price women (all but one) survive, but none of them ever emotionally leaves Africa.  They survive because of fierce, if ambiguous, mother-love, which the daughters never fully return, and never fully give to each other.  They lose whatever American identity they ever had, or repudiate it, or caricature it.  That said, the story told by the Price women is hopeful,  stupid, funny, terrifying, heart-breaking, loving, intelligent.

Cather’s Bishop Latour, with his friend Fr. Joseph Vaillant, on the other hand, hold the forces of American destruction at bay, fight off the heresies of a mongrel Mexican church, try their best to penetrate the hearts of mysterious Indians, and finally integrate the landscape with a cathedral.    The light that the Archbishop lets into the cathedral is the light of life.  Fr. Joseph goes off to do similar things in the mining mountains of Colorado.  Cather’s story is hopeful, terrifying, sad, loving, inspirational, and intelligent.

Cults collide.  One of the Price girls marries a gentle and intelligent African, and that seems to be as much as Kingsolver can get out of the destruction of twisted Christianity in the jungle, just as the village they went to as missionaries is metaphorically and eventually physically destroyed.  The union between Leah Price and Africa ends up on a kind of commune seeking “sustainable” agriculture.  Her disgusting father ended all his sermons with a pathetic attempt to say that Jesus is Lord in the local dialect.  He got the inflection wrong, and said, week after week, “Jesus is Poisonwood.”  The absence of the Holy Spirit from Kingsolver’s Congo–and she makes it clear from the beginning that even though the work is fiction the Congo and its history, which she experienced as a girl, is real–leaves in the end only the land and some hope for African/American amalgamation to save Africa from the rapacious West.

Cather held out little prospect for any of the cults to survive on their own.  While she would no doubt appreciate Kingsolver’s powerful indictment of progressive materialism, she also would shy from Kingsolver’s uneasy combination of nihilism and progressive moralism.  Bishop Latour never gets fully into the mind or hearts of the Navajo.  He thinks they are probably, despite all the good intentions of certain Mexicans and a few Americans, on their way to extinction–or at least their traditional way of life was.  He is resigned to the inertia of the old Spanish cult, and willing to just let it fade away.  The voluptuousness of European culture had no way to gain traction in the purity of the New Mexican desert.  Nor could even the dynamic Americans conquer something that was so ancient and unmalleable.  The Church, however, could give it the breath of the Spirit.  No poisonwood there.

Although I think that Kingsolver lacks Willa Cather’s moral vision, they share a power that forces us to look hard at the “creative destruction” that is contemporary American life.  Place matters.  So does the cult.

Gender is a Social Construct