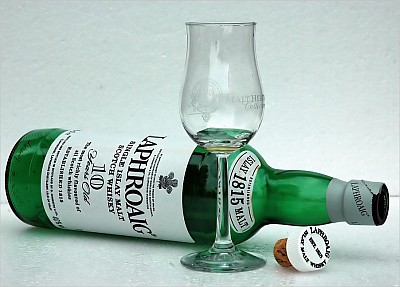 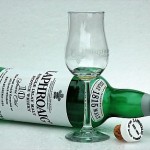 Among the quotations on friendship that I ran across while preparing to write, two stood out. According to one website, Aristotle is supposed to have written: “Friendship is a single soul dwellings in two bodies.” Another that struck my fancy is alleged to have come from the pen of Thomas Jefferson (a man too often dismissed for my taste among political and Christian conservatives): “I find friendship to be like wine, raw when new, ripened with age, the true old man’s milk and restorative cordial.”

Having grown up in a Christian home that foresook all alcohol and tobacco, I am a sucker for all aphorisms that say positive things about my childhood taboos. Juvenile? Of course. But Jefferson’s wisdom captures well the enjoyment I have experienced with friends, especially those who continue to be. I do sometimes need to reassure my wife that I do really have friends, and they have, along with her, given me some of the best evenings, afternoons, meals, and conversations of my lengthening life.

But Aristotle’s aphorism may be more pertinent for what follows because it points to the shared convictions, outlook, and interests that constitute a good friendship. My mother had never read Aristotle, nor did she seem to intuit the truth behind his statement because she was always after me to have Christian friends. Growing up in a world that was hostile to the faith as my parents had received it, one again that prohibited all sorts of “worldly” amusements, from cigars to cinema, her wishes for my friends made perfect sense. She wanted friendship to reinforce the fellowship that I was supposed to be practicing at church and throughout the course of my earthly existence.

Little did she know that my Christian friends in high school were the ones exposing me to the worldly amusements (some of them even illegal), while my so-called secular friends were jocks who rarely drank a beer even when state laws across the river in New Jersey made it legal for those eligible for a drivers license to drive over to Trenton for a taste. So my mother was a tad naive in her world-denying faith. What does that have to do with differences between friendship and fellowship?

In my case a lot, because I have long puzzled over the reality that I have experienced higher degrees of friendliness with non-Christians than I do with those with whom I am in communion – as in eating and drinking (albeit spiritually as a Calvinist) the body and blood of Christ. In fact, my experience has been that I often share more – or experience a kind of Aristotelian soulful bond – with those who do not sup with me around the Lord’s Table. Which leads me to wonder if there is something wrong with my faith. Maybe I have got too much of the world in me to appreciate those aspects of human existence that I share with fellow believers.

On the other side, it could be that fellowship and friendship fall in different categories all together. Perhaps friendship is inherently a human phenomenon that cements people in the common realms in which we live and move (but do not necessarily have our being as souls). In which case, fellowship is a spiritual reality that transcends friendship because it points to a higher reality that trumps earthly circumstances.

This seems to me a satisfying theory. But despite its appeal on paper it leaves me in the position of feeling closer in this life to people who may very well be estranged from me in the world to come. And this is a dilemma that my mother’s naivete may well have unearthed in a fairly profound way. What if the people to whom I am closest, at least at the level of friendship, are the people from whom I will be farthest in the world to come? I know my mother’s remedy. Evangelize. Make those friends Christian. Well, mom, I have tried and I pray. But the failure of my evangelizing and prayer does not change the deep bond I feel with non-believers. (The other solution not taken is to abandon the truths of religion for the sake of doing justice to friendship.)

I can reassure myself that ultimately fellowship is more important than friendship. I can believe that the bond I experience at the Lord’s Table is truly deeper than the one I find when I dine with a friend. But theory doesn’t change the discomfort I experience when thinking that I am closer to non-believers, and may even be edified more by them, than by my fellow believers.

I see no way out of this dilemma except to chalk it up to the good providence of a God who gives gifts of friendship and fellowship, and that each in its own way sustains this pilgrim. (Yes, it is all about me.) True, this dilemma leaves me in a semi-schizophrenic state, with friends who are apparently closer than fellow believers who frankly are sometimes bizarre. Still, it also points to the important difference between things human and realities divine. If friendship were the basis for fellowship, the church would be an even stranger place. And if fellowship were the basis for friendship, the world would be a fairly scary place. Friendship and fellowship each have their own spheres, and point to the hyphenated reality of human existence this side of the world to come. We are not religious souls (not in an Aristotelian friendship way, anyway) all the way down. Believers have interests other than faith. And we are not secular bodies all the time, but have a spiritual existence that can only be sustained through the fellowship of a believing communion. To force these two sides of our human existence into coherence, as my mother wanted, would be to commit the conservative unpardonable sin – namely, immanentizing the eschaton.

Yet, in full disclosure mode, this way of resolving my mother’s dilemma has its own weakness and again, since this is all about me, my own experience undermines it. Arguably, my best friend is someone with whom I am also in fellowship. Although he is a Mets fan and I root for the Phillies, we have co-written several books that stem not only from our common historical interests but also from our religious convictions. We both enjoy smoking, drinking, and talking about favorite authors (like St. Wendell) while puffing and sipping. In which case, our friendship also includes fellowship.

My mother may be happy to know that the fellowship this friend and I experience makes our bond all the more poignant. It may even confirm Aristotle’s point about a single soul dwelling in two bodies. Less happy for mother is the reality that the single soul, resulting from this communion of two bodies, receives nourishment from single-malt.

A Culture of Millstones