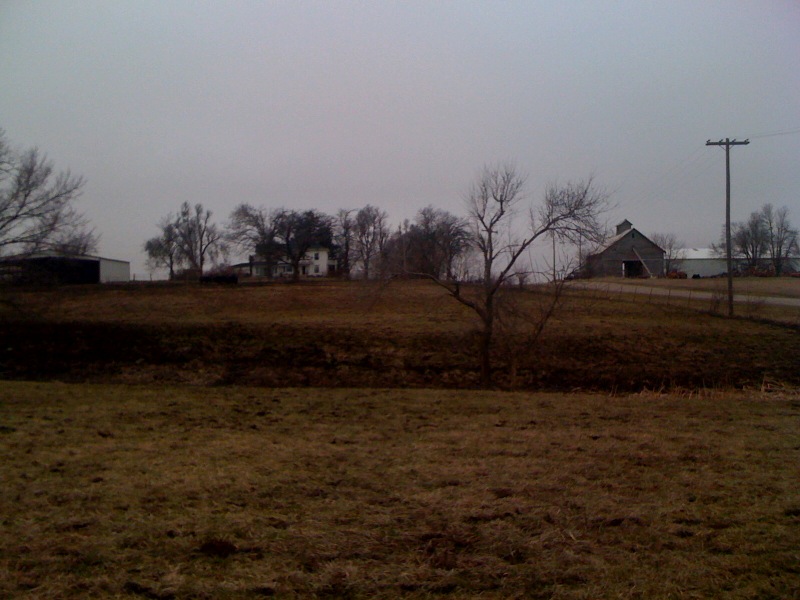 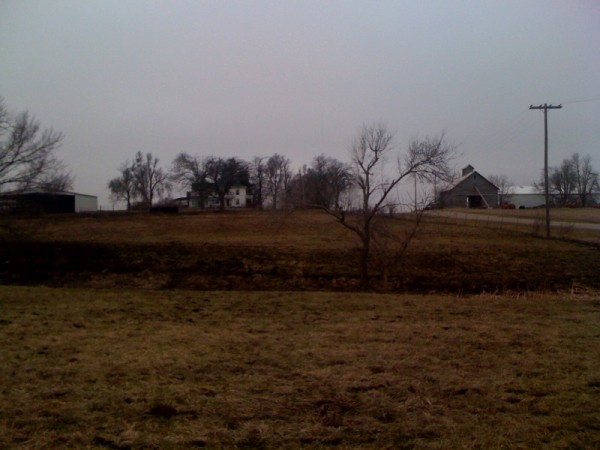 JEFFERSON COUNTY, KANSAS. It’s been seventy years since John Steuart Curry unveiled his masterpiece murals on the walls of the Kansas State House.  Their anarchic depiction of my home land so upset some of the finer muckety-mucks and Ladies’ Sunday Societies that the state Legislature, to its eternal shame, refused to allow Curry to finish, saying that “the murals do not portray the true Kansas. Rather than revealing a law-abiding progressive state, the artist has emphasized the freaks in its history—the tornadoes, and John Brown, who did not follow legal procedure.”  The prophet is rejected in his time.

I noted my own connection to the Curry clan in my first FPR post, and I  paid my tribute to the freaks in my second.  The picture above is of Curry’s birthplace and childhood home.  It is a few miles north from my rural courthouse office in Jefferson County.  I pass it occasionally, and did so again today on my way to paying a home visit to a client.  My work life is a looping thread between and among the homesteads on the prairie, the country courthouse, and the state capital, where I do much of my work.  I am bookended by Curry—his unremarkable beginning on the prairie on the one hand, and his ending and enduring masterpiece—earning him only scorn and contempt from his fellow Kansans—on the other.  And in the daily travelling of that loop, the meaning of this trajectory is almost always being formed in my mind.

The truth that Curry knew—the truth that cowards and boot-lickers are forever repressing (but it is irrepressible)—the truth that shines forth from both the farmstead above, still standing and pictured as it is today, and from the state house murals now honored as Kansas treasures, is that the history of this place is always and only its own—a state of giftedness that each locale and local history possesses and offers up to those with the eyes to see and ears to hear.

For Curry and for me, our history and daily lives so wound up together despite the separation of decades, there is no separation of place, but only the communion of a common and lived history.  Ours is a history replete with references to the near Biblical stature of the prairie as a promised land and all that implies: a land of milk and honey, enormous crops and near Edenic fertility; a land swarming with prophets, zealots and gunslingers; crackpots and crooks; cranks and kooks.  The Kansas praire once held out the promise of riches and destitution, fresh starts and bad ends, boom or bust, plague and famine and pestilence, flood and drought, cyclones, blizzards, rolling prairie fire and the hand of God.

It is a vast inland prairie sea that still drives men mad with longing for the horizon, the future, and always, endless possibility—a tabula rasa writ large on which men with gumption might scratch themselves into history or be swallowed up trying; a place where well-water is said to boil and the sun is blotted out with clouds of insects and John Brown, Carrie Nation, Bat Masterson, Sockless Jerry, Susan Anthony, Wild Bill, Wyatt Earp, Mary Ellen Lease, the Dalton Gang and Harry Kemp the tramp poet of Kansas stride the landscape with hot blood pounding their ears and wild, googly eyes.  A place where at one time the only two required beliefs were in free silver and a hot hereafter, and the only three sure resources were said to be sunshine, sunflowers and sons-of-bitches.  Reactionaries and radicals and eternal optimism; Bleeding Kansas and blowing dirt; red and black—the apocryphal state.

There is talk from time to time here at FPR along the lines of, “What can be done?”  If you haven’t already, go discover the history of your place.  It will be a grace to you. 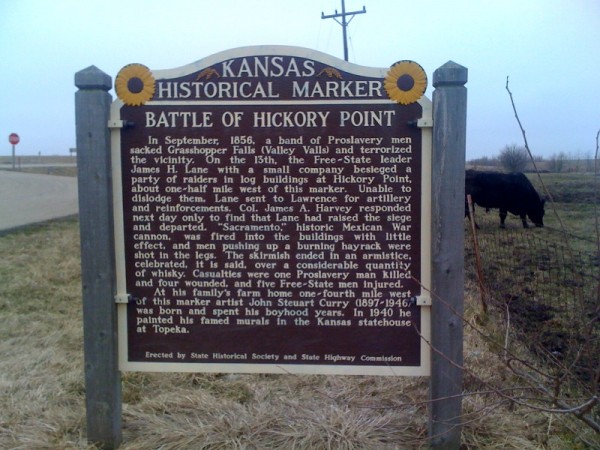