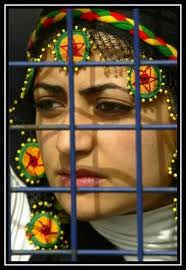 What might a libertarian from the American Midwest and a fiercely patriotic Chinese army major have in common?  More than one might think, I find out regularly.  As part of my idiosyncratic ad hoc social circle in Nanjing, the three of us get together now and then for dinner and wide-ranging conversation.  Usually it ends up with the two of them joining forces against me on one or another topic.  My failure ever to have owned a pair of jeans was one such matter of shared mirth for those from both sides of the Pacific.

I learned a few weeks ago that nostalgia is decidedly out of fashion, too.  Both had heard before my lamentations of the soulless urban landscape sprouting around us, among other things.  It must have seemed quaint.  But horror greeted me when I remarked over the main course, in somewhat offhand fashion, that the future will be better if it turns out more like the past than like our present trajectory.  By the time I was sipping my coffee, I had been duly enlightened as to my folly.

What struck me was that both my dinner companions, despite their quite different backgrounds and ideological sympathies, agreed wholeheartedly on my main error.  To find worth in traditional modes of thought was, they insisted, to favour the oppression of women.  The Midwesterner asked, apparently rhetorically, how many women write for FPR.  The army major told me that the greatest evidence of social progress was that, when my Midwestern colleague disagreed with me at the dinner table, I did not pummel her into submission.

Jests aside, I suspect I am not the only fellow of traditionalist leanings to encounter this knee-jerk reaction from enthusiasts of modernity.  The position of women in premodern life is always a sore point eagerly poked at by critics.  Only a few days after that dinner, I gave a talk on premodern cosmopolitanism, which I had assumed had nothing to do with gender.  Two colleagues independently asked me in later conversation why I had left out the women.

Since this question keeps coming up as a handy bludgeon against the past, it might need answering more deliberately than we tend to do.  I am not going to argue that there was no oppression of women in the past, though what and where it was might need more nuance than such instant feminists offer.  As I sit typing here in this old courtyard house in Peru, I am sure one would have seen many women slinking around subserviently under its eaves a century ago.  Go a few miles out of town to the countryside, and one would have seen peasant women at the same time holding the purse strings quite firmly and earthily puncturing their husbands’ pretensions.  Things are never clear cut.

But let us take the modern liberal position at face value, and concede that women were, on average, much more hemmed in in premodern societies than they should have been.  What is the upshot for those of us who take longstanding traditions of wisdom seriously?

This will depend on why we think such oppression happened, and what rôle traditions of thought played in perpetrating it.  To be sure, many stalwart male defenders of tradition in centuries past invoked it to their own advantage, and to the detriment of their wives and daughters.  Hypocrisy and double standards are part of human nature.  “Foolish men,” wrote the seventeenth century Spanish-American nun Juana Inés de la Cruz, “who criticise women without reason, not seeing that you are the cause of just what you condemn.”  Any idea can be hijacked for wicked purposes.  Still, hijacking usually says more about the hijacker than about the idea itself.

More direct critics insist that the content of the great traditions is itself biased.  Undoubtedly one could point to some prescriptions about how women should behave, and find a strong whiff of male chauvinism around them.  But practices may shed less light on the essence of a tradition than do the virtues that those practices are supposed to cultivate.  Practices are a means to an end, and vary according to circumstance.  Virtues, as understood in any tradition, involve the fulfilment of human nature across time and space.  Take the seven virtues identified by Aquinas in the Middle Ages: prudence, temperance, justice, fortitude, faith, hope, and charity.  Nothing on that list is confined to men or to women.

To be sure, many such thinkers did have one blind spot regarding women.  Aristotle and Aquinas, for example, both assumed women’s generally limited capacity to attain excellence of an intellectual and political sort.  But we must be careful to distinguish between the argument about what human beings should aspire to, on the one hand, and a practical (mis)judgement about how likely any person is to reach the goal.  Those misjudgements rested on facts that would be hard to deny in any premodern society.  As none other than Simone de Beauvoir noted in the 1940s, going from one pregnancy to another in rapid succession did effectively rule women out of callings in which they would have displayed the qualities praised by male intellectuals.  This was a practical constraint, not a matter of content bias.

Indeed, if the traditions were inherently masculine, then one would expect men to adhere to them for longer.  The onslaught of modern liberalism has shown quite the opposite.  Usually men have led the way in breaking down traditional pieties and place-based certainties.  If masculine bias informed the traditions, then it led the way into nihilism just as feverishly.  Whether in South America or in China, I have seen many more or less traditional villages in which women hold the fort, often providing needed ballast, while men get taken in by the bright lights and laxity of the city.  I might even venture that, if we counted noses, we should probably find more traditionally minded women than men around the world.

A slightly different indictment of tradition is that even if the content is, in the abstract, gender-neutral, that it was articulated by men still gives it a certain perspective.  Tradition supposedly bears the thumbprints of Roman patricians with browbeaten wives or frustrated monks who shivered in mediæval abbeys.  I have no idea whether classics of philosophy and theology written by women would have been any different.  There are enough women intellectuals of all stripes today to suggest that they would not have been.  But such a claim about perspective slides easily into dangerous territory.  It amounts to treating any tradition of thought as the property of some people rather than others, as their lens for looking at the world or their club for beating others over the head.  That too many people in all ages have done so, we cannot deny.  It is tempting to be rigid and sanctimonious as a reason to avoid asking oneself hard questions.  No doubt many a condescending husband cited the scriptures and then told his wife she could not possibly understand them well enough to argue back.

But no sincere traditionalist could reduce a tradition to property in this way.  He–or she–would see a tradition as the embodiment of standards binding on human beings as such: not as something that we possess, but as something that should possess us.  It was the discerning and conscience-bound few, who took truth seriously, who stopped infanticide in Arabia in the seventh century, and who thundered indictments of slave-driving exploiters in the Americas in the seventeenth.  They did not do either for their own convenience.

And what of the household, where the progress-besotten tell us domestic tyranny was par for the course?  Where did the decent husbands of history come from?  Count noses again, and I suspect we shall find exactly what the enthusiasts of modernity deny.  Fixity can be an excuse for avoiding hard questions; but so too can vertigo.  The decent husbands of history were those who took truth seriously and held themselves to what it demanded even when difficult.  Their memory should not be lightly forgotten.  When we dance on the grave of tradition, sooner or later we lose our footing altogether.

The Slavery of Women, and Men