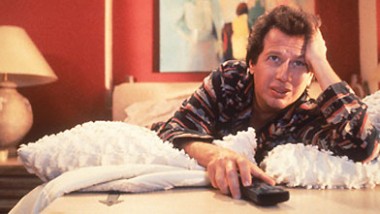 Philadelphia, PA. Subscribers to the various news services that keep tabs on higher education may have seen this story about athletic directors who are concerned that scheduling women’s games before men’s in intercollegiate play may violate federal civil rights policy. In July the Great Lakes Intercollegiate Athletics Conference announced that each year the men’s and women’s teams will change their order of appearance in doubleheaders. According to the story:

Dell Robinson, the conference commissioner, said the decision was made after the league received an inquiry in March from the U.S. Department of Education’s Office for Civil Rights. An anonymous complaint filed with the agency argued that the negative connotation conveyed by always having women’s teams play first in these doubleheaders was detrimental to women’s athletics.

Robinson isn’t sure that the federal agency actually has jurisdiction over this matter. But he doesn’t want a needless battle in the courts. He explained, “We were told by our consultants about this that it doesn’t matter if your women’s coaches and players like this or not, that there could still be an issue with the law.” Robinson added that “the offices out there in the federal government are getting more aggressive, so we just wanted to be more visionary and ahead of the curve.”

The easy response from anti-government, libertarian-styled conservatives would be to cast despite on the nanny state and don sackcloth and ashes for the demise of American political ideals. In this case, not seeing the point of Limbaughesque or Beckian rants would be difficult since common sense, not some Lockean political theory, says that federal bureaucrats in charge of education policy must have too much time on their hands if they worry more about the feelings of female collegiate athletes than the books those women should be reading as part of their “higher learning.”

But not to be missed in this story is the recognition that no matter how much the government wants to empower and affirm everyone equally, you cannot fool the American sports fan. In a link within this story to a blog dedicated to Title IX comes a post from 2007 about the decision of Maryland high school athletic directors to schedule men’s games in doubleheaders before the women. Instead of starting the girls’ games at 5:00 pm with the boy’s game at 7:00, the district reversed the order only to receive complaints from the girls and their coaches. The reason for the complaint? — a mass exodus of fans at the conclusion of the boy’s contest. According to one athletic director affected by the revised scheduling, “If anyone has come to our gym to see a Tuesday basketball doubleheader, then you’ve seen 400 people leave before the beginning of the girls’ game.” “It’s absolutely embarrassing for the girls,” he explained. “I think they would prefer playing in front of a packed house during the third and fourth quarter instead of having an empty gym for the entire game.”

David Letterman used to say after a bad joke during his monologues that the sound you could hear was the noise of home viewers with their remotes switching to another channel. If the civil rights proponents have their way, that same noise may be heard this winter if ESPN decides to broadcast men’s basketball games at 7:00 before the women’s at 9:00. But heck, if egalitarian therapeutic federal policy allows this middle-aged fan to see the good games and get to bed by 9:30, count me as a firm backer of affirmative action and lover of all things federal.

The Battle Rages On: Eric Adler’s Battle of the Classics: How...