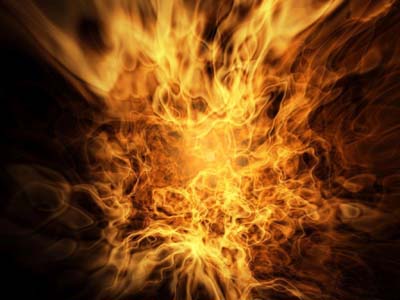 Grove City, PA. It is the ultimate decision we all will make concerning place. Where will our bones to be laid to rest? In our age of hypermobility the answer is complicated. Many of us, as Peters lamented so well recently, are orphaning our children for our success; moreover, some of us in doing so are only carrying on an old family tradition. Multi-generational orphans of success, we are orphans and we are orphaning. We probably live and move and have our being a couple of states away from where we were born and raised and were made a man. So where will this mobility put us down?

I asked one colleague— a Texan who grew up summering with grandma in Ohio, educated in Virginia and North Carolina, and now living and working in Pennsylvania—and he instantly responded, “Oh, my spouse and I are going to be cremated.” (Nota bene, he thought this was an adequate answer to my question.)

“Cremation?” replied I, just short of exclamation. “But cremation is not Christian.” It should be stated that this conversation had as its prevailing tone casual disinterest—about an eventuality in the distant future. But the bravura, the cocksure assertion in such black and white terms that something not even mentioned in the New Testament could be dismissed outright as not Christian stunned our would-be cremationist.

A back-and-forth ensued about dust versus ashes, God’s omnipotence, the nature of the resurrection and of the incarnation, scripture v. tradition, soul and body, secularization, materialism, sacramentalism. Christians cremating themselves is only a recent post-Protestant phenomenon! What follows is a hack job, er, careful revision, of what took too long to prove in print, so I’ve reduced my argument against cremation to mere assertion for your convenience.

Naturally, as is our wont here on the Front Porch, I applied the tried and true formula suitable for any ethical dilemma: WWWD or What Would Wendell Do? Berry, however, does not mention cremation anywhere that I recall. Burial on the other hand figures prominently in some of his fiction. In his greatest novel Jayber Crow the eponymous narrator, as many of you remember, becomes Port William’s gravedigger as well as its barber, and it is a job and a duty of increasing significance to him. The long short story or novella, Fidelity, has as its climax the death and burial of Burley Coulter. Perhaps it is enough to say that since burial is conventional, traditional, the-way-its-always-been-done then the burden of proof is on the proposed innovation, in this case cremation. Certainly a proper accounting of cremation’s pros and cons is in order. But the way Berry dramatizes the significance of burial reveals a greater network of virtues than a mere reflexive balk against a new trend.

This new trend of modern cremation requires a bit more introduction. Most of you consider cremation a legitimate option of disposing with the dead. This according to experts in the industry. And half of you, they predict, will choose to be cremated (unless Porchers for some reason buck the current trend).  The current trend is even more interesting.

Cremation is cool, hip, and on the rise. So much so, the way of the urn is becoming the endgame of choice for the boomer generation[1]. Cremation, furthermore, is cold, godless, and the preference for the secular-minded of whatever professing faith or denomination[2]. As one theologian notes, “From its inauspicious and controversial beginnings, the practice of cremation in America has grown into, for the most part, a perfectly acceptable, barely controversial, religiously sanctioned method of disposing of human bodies”[3].  Not only are more and more deceased being cremated, more and more professing Christians are reducing themselves to cinders. You can almost hear Peters quip, “everyone is burning to do it.” Graveyard humor, however, is out of the question here because, of course, cremation is burying the very need for the cemetery.

Cremation is an increasingly popular option but it is neither a Christian nor an agrarian option. That more and more Christians opt to incinerate themselves does not necessarily make that option Christian. A Christian who defends cremation more than likely appeals to utility or to what the poet Scott Cairns calls “gnostic bullshit.” As if upon death we are done with our bodies.  Christianity has a long tradition regarding the dead, and cremation has no part in it.  Cremation is a sign of our time, and it is ultimately a sign of our culture of death—the post-Christian regress of western civilization.

We no longer kill for our suppers, know where are food comes from, tend to our elderly, or bury our kin. Catherine Pickstock notes how the modern polis is designed accordingly: “this evasion of the dead and dying is manifest in the extradition of the dead to a position at the margins of the city during the Industrial era, the removal of the dying to the functional space of hospitals, in the discreet elimination of corpses, and in the domestication and beautification of death”[4]. The dexterity with which Pickstock in one fell sentence accounts for several different cultural phenomena—the preference of more Americans to die, or have their family members die, in hospitals rather than at home, the rise and popularity of nursing “homes,” the default expectation of embalming in the funeral “home” industry, as well as the design, marketing, placement, and procedures of abortion clinics. “The discreet elimination of corpses,” moreover, particularly and aptly describes the modern practice of cremation.

It is the ultimate mystery of our redemption that He will call us back from the grave. Burial, therefore, is the final way in which we can live into our baptism. It completes the typological imagery in our own mystical Passover. It is the culmination of our faith. By sowing this seed of a natural body into the soil we will bear fruit in fields of glory. By commending this image of God to the earth we will be raised up in heaven. This is the sacrament of death and burial.

In case I have not made my point bluntly enough: cremation in terms of the advancement of Christian truth is a step backwards. A desecration. A form of apostasy. I do not think that Christians today who are considering cremation choose it as the fiery means to release the immortal soul from the body as ancient pagans saw it. Nor on the other hand is cremation preferred in the light of any precisely Christian theology or tradition. Rather they are motivated by a heterodox view of the body or of death, a kind of latent Gnosticism that assumes the immortal soul will have no more to do this body. Such heterodoxy is more in line with our Progressive Age’s own heady mix of necrophobia, necrophilia, and the myth of an end of suffering through advancement of medical science. But the cult of this life is precisely what our Lord chastises as the path of nihilism: he who seeks his life shall lose it, and he who loses it for my sake shall find it. Rather if we are to reject this culture of death and the cult of this life, we must cultivate life, an abundant life that transcends the fear of our own mortality. One way to celebrate this proper culture of life, counter-intuitively, is to cultivate our bodies in death.

[1] By 2025 cremations are projected to account for almost half of the deaths in the United States; up from only six per cent in 1975. See  http://www.cremationinfo.com/cremationinfo/PDF/crem-data-predict.pdf

[3] Thomas Long, review of Stephen Prothero’s Purified by Fire: A History of Cremation in America in Christian Century, Jan.30, 2002.

[4] Ibid, p. 102. The beautification of death no doubt includes  modern embalming techniques—whose skill no doubt would make a pharaoh roll over in his grave with envy, but Pickstock also goes on to mention wax museums.

Learning about Food and Proper Nouns