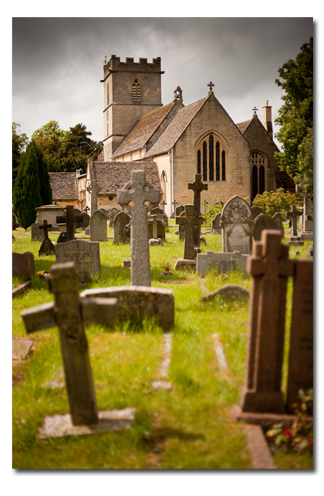 Western PA (aka birthplace of modern cremation) – Some fires need putting out; some need to be stoked. Two important and definitive works focus on cremation. Sir Thomas Browne’s Hydriotaphia, or Urn-Burial (1658) lays out the history of cremation according to classical and Christian lore. From the history of time cremation and burial co-existed throughout pre-monotheistic cultures until Christianity stamped out the practice of cremation in the Mediterranean and European world. With help, of course, from Judaism and Islam. One only sees cremation, therefore, outside the influence of monotheism.  That’s Browne.

Then there is Stephen Prothero’s excellent recent history of modern cremation in America, Purified by Fire (2002). Prothero points out that the rhetoric of cremationists dovetailed with progressivism – modern, urban, clean, and sophisticated was their argument. Indoor cremation (now we use ovens!) signified progress (cue the Holocaust): instead of the “primitive” kind as done in India or in ancient Rome and Greece, the new American way would be “scientific” with “none of that horror of roasting human flesh and bursting entrails which makes one shudder at an open-air pyre-burning”.  This all started in 1876 in nearby Washington, Pennsylvania. But the practice of cremation still remained rare over the next 100 years—less than five per cent—because, according to Prothero, of Christianity. So two facts emerge from the history of cremation: Christianity put an end to it, and for a good 100 years it was kept in check by Christian tradition.

My previous essay, therefore, is an attempt to understand how this tradition has been lost. For most of us, whatever flavor of Christianity we prefer, cremation is largely a function of negligence, ignorance, or forgetfulness. Hence the word “apostasy” – we have simply fallen away from tried and true Christian practice. But more insidious than lack of memory is the introduction of innovation by appealing to erroneous ideas such as the body-is-disposable approach. This is actual “heresy.” Historic Christianity insists that Christ’s incarnation was real and forever and that his risen body adumbrates the destiny for the rest of His body, the Church, i.e. every believer body-and-soul. And since St. Paul calls the body itself the “temple of the Holy Ghost” I also used the word “desecration” to describe cremation. None of the comments to my original post, moreover, ever succeeded in suggesting a Christian rationale for cremation. More importantly no such rationale is possible because there’s no getting around the reality of the risen Jesus’ body for traditional Christians.

Our burning discussion keeps returning to the word “tradition.” And most Christian churches, as Prothero notices, had no established doctrine to address the issue of modern cremation. The only fact was convention:  Christians simply had never cremated before. But burial is indisputably the rule throughout the Hebrew Bible and the New Testament. God’s people in every covenant prefer interment. Everyone on God’s side gets buried eventually. From Adam to the Beloved Disciple John every saint who falls asleep in the Lord finds a grave as a bed. (Moreover, cremation is reserved in the Old Testament for the wicked and apostate: see Josh. 7:25, 2 Kgs. 23:20, Amos 2:1.) The only time where one of the Lord’s anointed is unfortunately cremated (King Saul, defiled by the Philistines) – it is through burial that his remains finally rest in peace. Additionally this hard and fast “orthopraxy” also correlates to a theology, an “orthodoxia.”

In the Gospels the burials of John the Baptist and Jesus allude to a new meaning for burial—baptism. Christ’s burial and resurrection are the physical, material, corporeal events that reveal the typology of Passover: Christ becomes our Passover because when we are baptized we are buried in his death and rise from the waters in newness of life having been set free from our spiritual Egypt—the bondage of sin and death—and set into our Promised Land of righteousness. I merely wish to emphasize that it is burial and not cremation that accumulates such a rich, sacramental typology. This leads to an obvious question: what sort of typology would cremation suggest? Nothing any Christian has ever imagined. Perhaps annihilation by fire (the opposite of baptism’s water-borne deliverance) could only signify nihilism—because the utter dismissal of the body signifies a similarly dismissive attitude toward matter in general and all of creation.

Explaining their ubiquitous antipathy for cremation, Browne relates how early Christians risked martyrdom over the issue: “Christians abhorred” cremation and would rather be burnt alive than to suffer “that mode after death.” Browne explains further why early Christians chose burial: they were “properly submitting unto the sentence of God, to return not unto ashes but unto dust againe.” And so dust signifies a fidelity to Christian truth that ashes do not.

Fidelity to Christian tradition, to the earth, to the body, to the fellowship of the dead, to the grieving needs of the living—these are the virtues of burial.