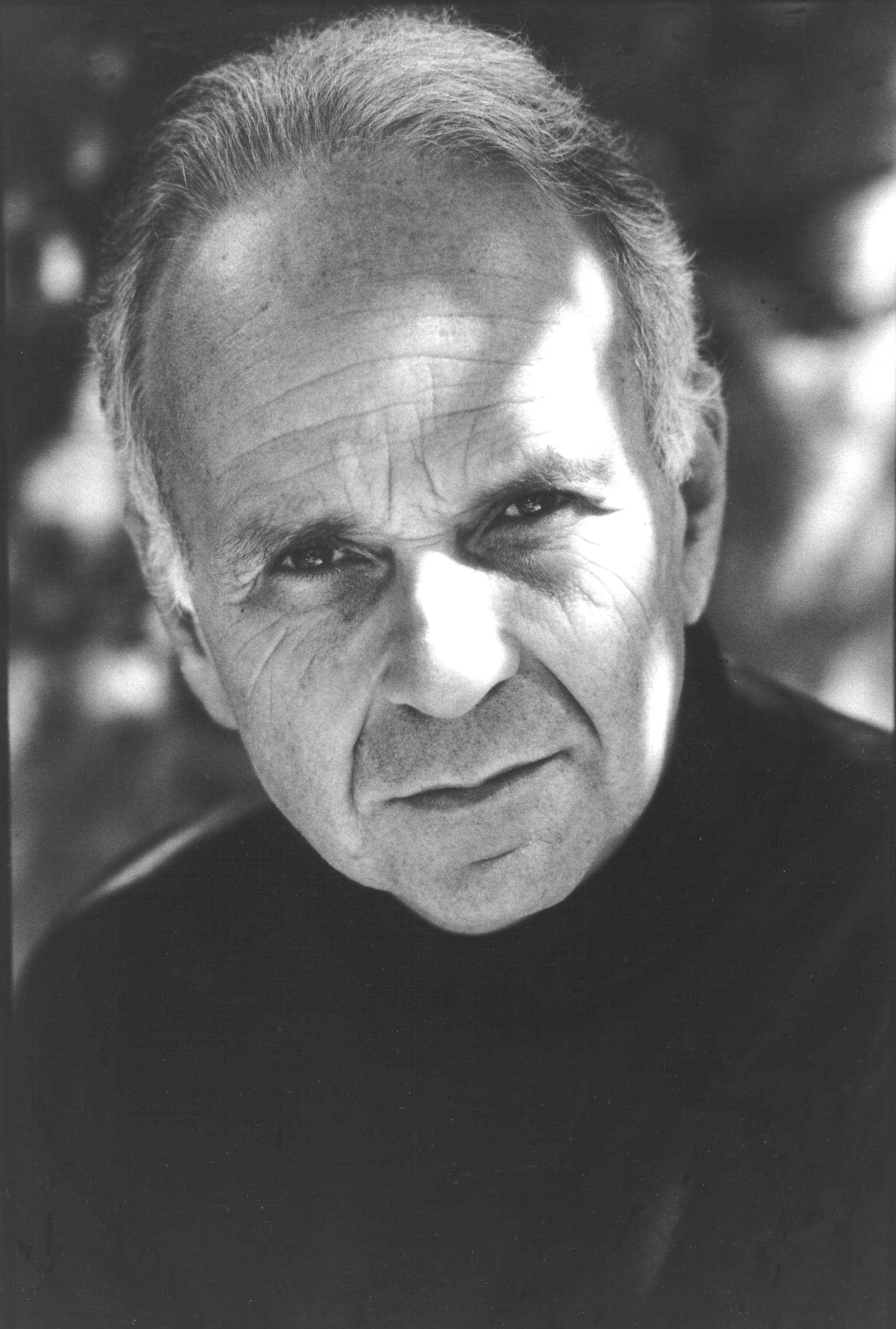 Devon, PA. Stanley Fish has made a career out of showing apparent antagonists–no matter the question–that they are both right.  The cheek of his arguments lies always in his conclusion that it is precisely because the perceived antagonists are both right that they are both wrong about what they think they care about most.  I have written elsewhere of the vertiginous nausea Fish’s boiler plate induces (first here and then here), but I always appreciate the paradoxical clarity he brings about.

In this latest little essay, he shows that “leftist” academics, such as Cornell West, and “right wing” critics of the academy, such as David Horowitz, both agree on a fundamental principle: the purpose of the University is enlightenment as Immanuel Kant defined it.

What this means is that despite the point-counterpoint accusations of betrayal, corruption and anti-intellectualism (charges hurled by each party at the other), the left and the right are after the same thing, and it turns out to be just what Immanuel Kant urged in his essay “What is Enlightenment?” (1794) when he answered his title question by declaring that “enlightenment is man’s emergence from his self-imposed immaturity,” an immaturity marked by his reliance on the pre-packaged guidance of others as opposed to the exercise “of his own rational capacities.”

Mankind, says Kant, must constantly labor to “expand its knowledge . . . to rid itself of errors, and generally to increase its enlightenment.” No one in the Carvalho-Downing volume or on Horowitz’s side of the street would dissent.

Indeed, what is remarkable about reading the essays by the lefties Carvalho and Downing have assembled is how conventional (for me a good word) and, yes, conservative, the authors are both in their pronouncements and their performances.

In arriving at a tertium quid fundamental to two competing claims, Fish pretends to be the public consensus intellectual after which America yearns.  And, I would expect, for most Americans, if they can follow him, he is just that.  But for those who see that Enlightenment, for all its borrowed Johnannine language, either is not what it claims to be or is just exactly what it claims to be — and these come to the same thing — his is simply the latest contribution to the hollowing out of human life and the extension of power and appetite to the furthest corners of our culture.

The disinterested pursuit of truth as Kant conceived it amounts to an endless journey, a quantitative accumulation of knowledge by means of regulated methods.  We never arrive at the truth, but accumulate truths like so many pebbles in the purse gathered along the road.  Eventually, we begin to refer to the eternally deferred truth as “truth,” an ideal whose reality and presence we contemn.  We come to see that quantifiable, atomized truths serve us in practical ways but do not fulfill us, and those little “truths” we cannot dominate and exploit, we dismiss as “trivia” or “factoids” (a word that had already been accepted into the Webster’s Dictionary I received for high school graduation).  And so, we become disillusioned to our journey’s having a real end.  We conclude that the tidbits of progress we thought would lead to a disinterested view of the whole of Truth, a truth we had hoped to serve, actually earns us just little truths we respect only so long as they serve our already present appetites and bodily needs.  We see that the quest was never really about the acquisition of knowledge but the deep drilling for previously untapped powers.  And, at last, we declare that the paths to this truth, the very methods we had taken to be “the substance of things hoped for” were in fact vicious ideologies.  They give us what we really wanted, but not what we thought we wanted — and what we knew that we should, at bottom, want most of all.

Enlightenment according to Kant does not bring us to the end that gives peace, but it does set us on a path of empty, groping restlessness.  It does not set free the reason, but enchains and debases it, making it a servant of technology and power.  And its methods, which pretend to disinterest and dispassion, gain their forms according to the silent machinations of the unchecked appetites of unexamined lives.  Thus the modern theory of reason actually perverts the telos of reason, transforms its content, fetishizes methodology — and, eventually, grows despondent with all three.

Fish accepts this.  Indeed, his public statements express a love and veneration for this importation of the corporate management model of human life into the intellectual life.  And, in truth, the corporate management model — endless acquisition, endless wants, with only ever-accumulating “efficiency” and “profit” as guiding lights — was originally born of the Enlightenment vision of education and culture.  “Culture,” says Goethe, “is endless.”  Not because the world is so rich, but because Enlightenment conceals a profound despair.  We come to celebrate the mechanical, acquisitive, and endless — that is to say, pointless — model of the intellectual life called “Enlightenment,” only once we doubt that, as intellectual animals, the human mind exists for one specific purpose, to know and live not with little truths that serve it, but in the Truth Itself.  We know it when we see it with the eyes of the soul, precisely because the soul begins also to have some small taste of peace.  At that moment, the soul sees that it has much use but little desire for any truths that serve it; the soul, rather, seeks the Truth it may serve always.  We make “knowledge acquisition” yet another empty profession like all others, only when we conclude that the end of reason is not more light, more light, but an abyss in which we will finally see that the world is a shapeless sack of atoms in which it had been “better” (as if that word has any meaning left!) never to have been born.

Again, Fish seems content with this model of human life, of the intellectual life, and of its uniform application to every walk of human activity.  And he rightly points out in this essay that most academics feel the same way.  They merely clothe their road to the abyss in the language of “democratic equality” or “disinterested academic freedom” as a clotted secular updating of Kant’s elegant theft from the Gospel.  Such language makes sense to most of us, because we have confused the form of quotidian life — eat, work, sleep, rise, eat, work, and so on — with the end of life — to know and dwell in the Truth that is Love.  Most of us think that endless acquisition, whether of dollars or trivia, exhausts the potential of human life, and if we are not happy with that, as we look out on the great spectacle of the human race, we find little to prompt us to think anything else is possible.

But education’s end is human life’s end, precisely because the human being is an intellectual animal.  We cannot truly be happy with anything less than the contemplation — not of truths possessed but — of the incomprehensible Truth Itself.  All our educational institutions were founded with this perception securely in place, and they continue to exist on its suffrage, though they have come to deny it or conceal it in such language as the endless prattle of “critical thinking.”  Fish claims that educational liberals and conservatives hold much already in agreement.  I am sure they do.  They both believe that the purposeless exercise of the unconstrained human intellect is the purpose of education.  On the surface, that is an amusing paradox.  At bottom, it indicates the unconscious nihilism and plastic paganism that informs nearly every aspect of modern life.

When one argues for the centrality of place and limits to the well lived human life, one does not just mean that a household or a community can only reach a limited size before it becomes deformed and ceases to serve its natural purpose.  This, but not this only.  Such teleological arguments apply to all things — above all to human nature and, so, to the human intellect.  Therefore, one should argue also for limited education.  Not in the trite “conservative” sense of the “3Rs,” as if education should stop shy of the soul’s capacities.  And not in the egregious “education for guilt” that academic Marxists thinks will radicalize students into lives of egalitarian “praxis” (that they deploy the euphemism “democracy” fools only the students).  This latter sort of education only disillusions the young to the intellectual life, convinces them that power and inequality are the axes on which human life is graphed, and so “liberates” them to become the kind of usurious exploiters their leftist professors had hoped to counteract.  True education is limited education, because it is education that understands the end or purpose of education is the peace found in the loving contemplation of Truth.  On one point, both ancients and moderns agree: education frees the soul.  But the ancients stand almost alone in understanding that the “sense of an ending” to education is no mere source or foundation of that freedom but is itself the actualization of the highest liberty.