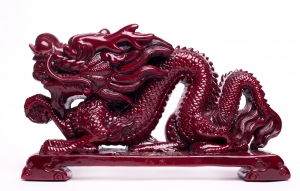 In recent days, the two most frequent lead news stories in the world’s media have centred on Washington and Tunis.  When we are not watching Barack Obama ingratiating himself with his guest, Hu Jintao, we are seeing the smouldering aftermath of riots that drove Zine El Abidine Ben Ali into exile after over two decades of rule.

Around these images swirl sordid tales of wealth and power.  The world’s would-be rulers in Beijing own enough of America that the visiting chief investor must be treated delicately if not deferentially.  As a reward for inoffensiveness, Obama extracted from Hu a purchase of two hundred Boeing aircraft, among other deals worth several tens of billions of dollars.

In Tunisia, seemingly the opposite has happened.  A brutally heavy-handed régime, rather than continuing to enrich itself, has collapsed.  Those of the former president’s family who have not fled into exile at their usual shopping grounds in Paris and Dubai now sit in jail.  Diplomats in Tunis had dubbed them “the mafia,” as Wikileaks-released cables now show.  Ben Ali’s wife made off with a tonne and a half of gold, which should sustain her for a while at the Dubai souk.  And a few years ago, Tunisia refused to extradite two of his nephews after a yacht went missing from a French marina.

Power and wealth genuflect to each other, as usual.  But while the antics among the well-connected in Tunis or along the Washington–Beijing “G-2” axis are unsurprising, the moral fog obscuring what they mean is thicker than it needs to be.

During Hu’s visit to Washington, there have been noises of indignation from a handful of members of Congress about repression in China.  More often, however, the biggest grievance against the emperor on tour seems to be currency manipulation that tips the playing field against American business.  Such, delicately phrased, is the refrain of the Obama administration, as well as of those CEOs who got invitations to meetings at the White House.  It would be nice if Beijing did not lock up petitioners and keep its ethnic minorities on a tight leash, but such concerns, as Hillary Clinton made clear on taking office, must play second fiddle to the interests of global trade and finance.

Western foreign policy establishments have greeted events in Tunisia with a few pious noises about the opportunity for a democratic opening.  As demonstrations spread elsewhere, some pundits predict the collapse of other autocracies in Algeria, Egypt, and farther afield.  But here the hypocrisy of the same people who fawn over Beijing comes out.  Until Ben Ali was practically boarding his plane into exile, he had been a darling of the French and American governments, among others.  They supported his régime as a bulwark against the Islamist opposition, while it locked up more journalists than in any other Arab country.  In the same way, the West winked at the Algerian junta’s cancellation of elections in 1992 when the Islamists seemed likely to win.  Democracy apparently means letting people vote only when they will vote the right way.  And the overthrow of secular strongmen in places like Algeria and Egypt would mean, from the perspective of Paris and Washington, the wrong sort of people coming to power.

All this may seem rather distant to many on the Porch.  I suspect that the follies of Tunisian and Chinese élites will seem like an exaggerated version of what happens in the West: deserving of condemnation on the same grounds, but ultimately not something on which to dwell.  These movements by the irate and dispossessed—including the Tunisian vegetable-seller who in December sparked everything by setting himself on fire after police confiscated his wares—might look like what communitarian Michael Walzer called “other people’s parades.”  We might recognise some of the slogans on the banners, and even admire what they say, but they are not our parades.

I want to call this sense of distance into question, even at the risk of making some on the Porch uncomfortable.  To be sure, there are many reasons of practicality and modesty for respecting other parades rather than actively trying to shape where they end up.  But I do want to suggest that those of a Porcher persuasion would do well to take a clear stand on what those parades mean.  To the many of us who hope for a reorientation of American foreign policy, away from Wilsonian ambition, this encouragement to engage distant issues might seem ill advised.  That way often lies hubris.  Yet a retreat from the excesses of the last half century requires, I would argue, a clear mental map of the world to inform what follows.  Whatever the wisdom of a retreat to place-based allegiances in many dimensions of our economic and social life, foreign policy inherently demands an account of global fault lines and an appreciation of where natural allies lie.  There are huge obstacles to achieving any such reorientation of foreign policy in practice, given the weight of power and interest.  But articulating what the alternative would be can throw what we stand for, and what we see others standing for, into sharp relief.

In short, I want to make two proposals, the necessity of which is driven home by the recent images of a rising China and a smouldering North Africa.  One proposal will seem odd and unfamiliar; the other, deeply controversial.  A revised foreign policy true to the principles of the Porch should turn the present one upside down.  Along one track, it would take a harder line against present centres of power in Beijing, reaching out to those strata of Chinese society whose interests have suffered under export-led growth.  And along another track, it would abandon the secular authoritarians in the Middle East and reach out to the more decent brand of democratic Islamists who have long been working in civil society.

The curried favours served up at the Obama–Hu state dinner are but the latest in a steady diet of trans-Pacific corporate gluttony.  They cause indigestion for all the usual reasons.  But to reject corporate power and the political forces aligned with it need not mean—indeed, cannot usefully mean—a retreat from global engagement.  Instead, it should mean a choice to engage across borders at the bottom rather than the top.  Vast swathes of China’s population, including in rural areas, have lost out amid the country’s growing inequality.  Beijing’s project of enrichment and empire ill serves their interests and values.  But all China’s poor hear from the West is more emphasis on self-serving trade and occasional celebration, via such gestures as the Nobel Prize, of liberal dissidents like Liu Xiaobo.  People like Liu should not be in jail, but in power they would be rather too friendly to global business.  Western élites pick which Chinese opposition to honour, and if the investor-friendly ruling party collapsed, they would find the liberals much more palatable as a substitute than anyone speaking for the dispossessed.  The likes of the Obama administration cannot speak to the Chinese heartland with any moral authority, for the same reasons they cannot speak to the American heartland.

The Porcher vision is particular in form but universal in essence.  If given voice in foreign policy, in a statement of where one’s natural allies are and why, it would have purchase on China’s present problems in a way harder for Beijing to dismiss as Washington’s imperialist subterfuge.  It would put Hu and those around him in the position of standing against the foreign and the popular at the same time.  And anything that encourages popular aspirations for a more ethical, more rooted society in China also feeds back into the international system.  Chinese Porchers, so to speak, would have little enthusiasm for the “Chinese century” hyperpower dreams that so excite Beijing.

My suggestion that (some of) the Islamists are natural allies will go over rather less well with my readers, I suspect.  Partly because of events in recent years, and partly for other reasons, an undercurrent of suspicion towards the Islamic world lurks among some of us.  But to stand against peaceful and democratic currents of Islamism, as Western foreign policy does now, is to stand for the Middle Eastern counterparts of precisely what most Porchers condemn at home.  Porchers and Islamists have in common far more than we often realise: an appreciation of absolute ethical standards beyond wealth and power, misgivings about the hubris of the modern nation-state, and a preference for the vitality of civil society over concentrated technocracy.  There is far more congenial to the Porcher vision happening in the slums of Cairo, animated by the charitable activities of the Muslim Brotherhood, than there is in the barracks and nightclubs that the Egyptian élite sustains.  Anything that strengthens Islamist movements of such inclinations hospitable to popular participation and civil society will weaken the radical fringe that goes over to violence.  Correctly identifying one’s natural allies, and encouraging them in turn to see the internal diversity of the West, will reduce the recoil from today’s shotgun approach to global security.

It makes perfect sense that the priorities of the Western foreign policy establishments are now the opposite of what I propose.  By siding, in effect, with the mentality of the CCP against the mentality of the Muslim Brotherhood, they make clear the character of their own élites.  They choose guns and lucre over fellowship and tradition.  To invert their choice would be to affirm, on the widest global horizons, what we have already proclaimed as our aspirations at home.

We’re Only Making Plans for Nigel