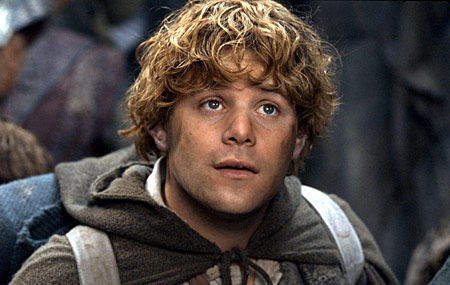 Kearneysville, WV. Two nights ago I finished reading The Lord of the Rings aloud to my boys. This wasn’t the first time. Several years ago I read it aloud to my oldest son, who has since then read it himself. This time my two youngest had the privilege of joining the fellowship on its epic journey through Middle Earth.

I must admit, I came to Tolkien late. When she was pregnant with our third son, my wife picked up The Fellowship of the Ring and subsequently devoured all three books in a couple of weeks. I was a little mystified. Fantasy? Not really my cup of tea. She insisted we see the Peter Jackson films when they came out thereby forcing me to violate a long-standing rule of the house: you can’t watch the movie until you have read the book.

To be fair, I knew this was an important book and fully intended to read it to my children. I only regret now that my own imagination was not touched by Tolkien’s hand during my formative years, for the world he creates is magnificent. It is different enough from our world that we know we are in a strange place, yet at the same time, it is all recognizable: the contest between good and evil, friendship, the struggle against long odds, leaving home, sacrifice, betrayal, death. And perhaps most of all, beauty, for if it is nothing else (and it is a far bit more) The Lord of the Rings is a work of sheer beauty.

All of this was brought home to me two nights ago as we read the final two chapters. The penultimate chapter, “The Scouring of the Shire,” is a crucial part of the story, unfortunately not included in Jackson’s films. The four hobbits, Frodo, Sam, Merry, and Pippin return to the Shire only to find that it has not remained untouched by evil. Saruman, the wizard of Isengard, formerly Saruman the White, was enticed by the Dark Lord Sauron and allied himself with the forces of Mordor. Sauruman’s power was broken by Gandalf, yet he was not completely destroyed. Out of pure spite, Sauruman made his way to the Shire and, with the aid of his henchmen, imposed a sort of martial law upon the simple shire folk. He confiscated their surplus crops, restricted travel and, most egregious of all, forbade drinking beer and smoking pipe weed.

As the four returning hobbits ride through the Shire, they are appalled by what they see. Homes destroyed. New, ugly buildings crowding out the pleasant vistas. Trees cut down, not for building or even for firewood, but merely for spite and left to rot on the way. It is only when viewing the devastation brought on by a malicious will that the hobbits come to grasp clearly something that had until then only been an unformed sentiment:

The travelers trotted on, and as the sun began to sink towards the White Downs far away on the western horizon they came to Bywater by its wide pool; and there they had their first really painful shock. This was Frodo and Sam’s own country, and they found out now that they cared about it more than any other place in the world.

More than majestic Rivendell. More than the magical land of Lothlórien. More than the glistening white-walled city of Minas Tirith. The Shire was their place. Ultimately, the quest to destroy the ring of power had saved all of Middle Earth, yet it was the Shire that was foremost in their hearts. With courage and skills acquired during their long sojourn in foreign lands, these four hobbits rid the Shire of the vile pestilence and set things to right.

The quest has worked a change in each of the hobbits. Merry and Pippin, having drunk deep draughts of the Ent-water, have grown noticeably taller, and their exuberant spirits, if anything, have grown even more exuberant. They delight in riding through the Shire, dressed in their hobbit-sized armor, singing songs of both adventure and merriment. Frodo never fully recovers from his wound or from bearing the burden of the ring. He is sober, given to illness, and at times the memory of his ordeal settles upon him like a dark shadow. Indeed, Frodo’s sacrifice saved the Shire, yet not for him. He is not long for Middle Earth.

If the Shire is at the heart of the book. Sam is at the heart of the Shire. And the journey to Mordor and back again has produced a striking change in Samwise Gamgee, the simple hobbit who finally lives up to his name and shows himself not only courageous and loyal but wise as well. Who could have anticipated such a turn? But in Tolkien’s hand, the development of Sam is not surprising at all, for we the readers have lived with him over the course of long months on the road, and we’ve come to see the stern stuff he is made of.

Sam, having completed the quest, is not at a loss for what comes next. Frodo invites Sam to join him at Bag End and share in all he has, yet he hesitates. Frodo inquires:

Well, what is it?

It’s Rosie, Rose Cotton, said Sam. It seems she didn’t like my going abroad at all, poor lass; but as I hadn’t spoken, she couldn’t say so. And I didn’t speak, because I had a job to do first. But now I have spoken, and she says: ‘Well, you’ve wasted a year, so why wait longer?’ ‘Wasted?’ I says. ‘I wouldn’t call it that.’ Still I see what she means.

Samwise Gamgee, in some ways the hero of the book, settles down into domestic life. He becomes mayor, has many children, and becomes a respected and respectable elder of the community. Yet, before those many good years fall on Sam, his friend Frodo is taken away. Sam and Frodo journey with the elves to the Gray Havens where the elves, along with a privileged few others, leave Middle Earth for the “white shores” and “far green country” of another land, a land from which they will never return.

During the return journey from the Gray Havens, Sam is comforted for a time by Merry and Pippin.

At last they rode over the downs and took the East Road, and Merry and Pippin rode on to Buckland; and already they were singing again as they went. But Sam turned to Bywater, and so came back up the Hill, as day was ending once more. And he went on, and there was a yellow light, and fire within; and the evening meal was ready, and he was expected. And Rose drew him in, and set him in his chair, and put little Elanor upon his lap.

Tolkien understands the deepest of our longings and makes us understand them better than before: To have a home. To be expected. To be welcomed from the night into the warn circle of firelight. To be loved and to love. To hold an innocent child and to see the promise of a future in that smiling face.

My boys learned to be patient when, at various times during the book, their father’s voice quavered and he was forced to pause in the reading. They looked curiously at his tears and wondered. My youngest asked, “Daddy, why are you crying?” I found the words of Gandelf helpful: “Not all tears are evil.” Son, I’m crying because this story is beautiful.