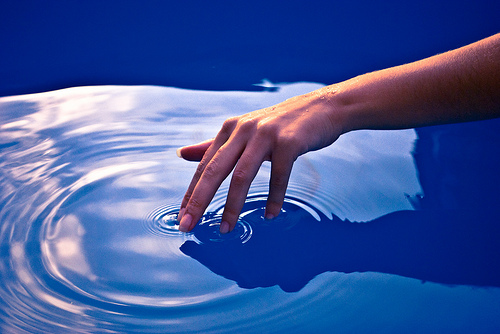 According to John McPhee, a former Commissioner of Land Reclamation by the name of Floyd Elgin Dominy believed every American had the right to an annual family vacation. And for Dominy, who was one of the sons of drought country, the best place for such a vacation was near a lake, preferably one created by a dam—a Floyd Elgin Dominy dam. (You can read about this in Encounters with the Archdruid, which to my way of thinking is one of McPhee’s best books.)

Let us consider a contrary view and begin with a definition. The family vacation: an unpleasant episode marked primarily by an accelerated production of waste, a careless and profligate use of money, and the unreasonable transporting of household crap from one location to another by means of the D.O.W. (That stands for “Despair on Wheels,” also known as the mini-van.)

I am “on vacation”; I know whereof I speak.

This is a time of high internal tension. I think a thoughtful man (where “thoughtful” does not mean “remembering important dates”) really dislikes himself while he’s “on vacation.”

Certainly a vacation consists, or should consist, of plenty of leisure, but while you’re at rest you can never quite fend off the nagging sense that you’re paying a price in the “satiety and aimlessness” of which John Crowe Ransom wrote.

There’s food on offer everywhere, but because there’s insufficient involvement in its production there is also no genuine enjoyment of it—no thorough-going enjoyment of it.

There’s no paucity of smiling children, or of aching muscles after you’ve rough-housed the kids and cousins in the lake or pool, but then you can almost see the seeds of greater expectations germinating in the soils of their little brains. The danger is that they’ll grow up to live for their two weeks’ worth of vacation each year and hate the other fifty. And that is no way to live a life.

In fine, there is the sense that you have fully arrived: at long last you are all consumer, endlessly provided for and endlessly entertained. But if, deep down, you have reconciled yourself to your condition, which is not to play but to work, you know that without work you cannot fully inhabit your humanity. Or: all play and no work makes daddy a dull boy.

At the heart of the high internal tension, the enduring and gnawing discomfort, is the loss of the normal alternate rhythm of work and rest, work and rest, that brings such immense satisfaction, variety, and joy and that is, in fact, the very stuff of life.

That the family vacation should take place somewhere else, that it should include a greater infusion of “nature” than everyday life provides, that it should be so utterly different from the daily routine–all this suggests how off-kilter, how out-of-round, how disorderly quotidian life has become for a great many people.

That is, the vacation, far from being a treatment for a serious illness, is instead a symptom of it.

I am fully aware that there are benefits of a “restorative” nature to “getting away,” and I wouldn’t willfully incur the wrath of any reader suspicious that I am criticizing him personally. I am not criticizing anyone at all (except perhaps myself).

I am trying, rather, to say something about what “getting away” means about the life we’re trying to get away from, and that something is that what we’re running from isn’t right. It isn’t well-made. Its true and rightful ends are not fully understood or realized or imagined.

I think I am luckier than most people inasmuch as my life involves not only a lot of leisure built into it but also a lot of time for both intellectual and manual labor. I have the variety and rhythm of which I spoke earlier and also the privilege of being fairly intentional about them. (“Intentional” is a bad word, but the satiety and aimlessness of vacation are messing with my vocabulary.)

But this isn’t the case with most Americans for whom Dominy wanted to secure an annual vacation. They were born into and inherited a world in which work doesn’t “participate in happiness,” to quote Ransom once again. It isn’t naturally coupled with rest or leisure. Work and rest are not paired together, like dance partners, but set at odds, like gunfighters. Life isn’t an art; it’s a duel. And it is just this adversarial arrangement I’m attempting to understand and to criticize. It’s the fight, not the gunfighters, I would call into question.

I’m waiting out a thunderstorm today, a storm that deprived Front Porcher Nancy-Boy Polet and me of a round of golf* at a man-eating course in northern Michigan known to swallow the weekend hacker whole. (We were going to play for bragging rights: the swing that most resembles an octopus trying to don a pair of panty-hose.) So, as everyone else here in this rented domicile is waiting out the storm in his or her way, I am doing what I would normally spend some time doing no matter where I am, and maybe later today I’ll finish reading the current book (a history of the Congo) and move on to the next (a Norman Maclean reader). For me, lucky devil that I am, work and rest are sometimes not two different things but the same thing.

And last night we salvaged an otherwise too leisurely and aimless day by building a wood fire in the grill with nothing more than small dead branches lying about the woods here and grilling six plump rainbow trout the kids caught the day prior. All this would have been ruined by a single waiter or someone else doing the cooking. There’s no substitute for being at work. And I wouldn’t have anyone else clearing my table of fish bones—not for all the trout in Schubert’s quintet.

* Among the definitions of this infuriating pastime we have Twain’s famous “good walk spoiled,” Barfield’s lesser-known “whole ramshackle series of events,” and, for my money, Churchill’s “attempt to put a tiny ball into an even smaller hole with implements ill-suited to the purpose.” (Don’t quote me on these. There wasn’t room in the D.O.W for my library.)

The Politics of Golf Carts

Golf in the Modest Republic