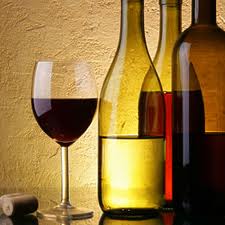 The federal courts’ extraordinarily broad interpretation of the Constitution’s interstate commerce clause has long posed a problem for localists — which is to say, for community self-governance. That has never been more true than in the past two decades, when virtually every business, no matter how small, with an e-commerce website can be said to be engaged in business throughout America, and indeed the world. For anyone who believes, as our Bill Kauffman puts it, that San Francisco should be allowed to be San Francisco, and Utah to be Utah, established interstate-commerce jurisprudence (spearheaded, as often as not, by allegedly “conservative” judges) is a matter of deep concern.

That’s what is going on with HR1161, the legislation introduced in Congress by Utah Rep. Jason Chaffetz. The “Community Alcohol Regulatory Effectiveness Act” is a naked attempt to protect or reinstate the virtual monopolies on interstate alcohol sales enjoyed by huge corporate distributors. It would do this by allowing states to ban out-of-state direct-to-consumer sales by, for example, small wineries. I may be wrong, but the bill, sponsored by groups such as the Wine & Spirits Wholesalers of America, is likely a response to the Supreme Court’s 2005 ruling in Granholm v. Heald that if states allowed producers to sell wine to in-state consumers over the web, they must also allow them to sell to out-of-state consumers. According to this article in today’s Arizona Republic, HR1161 affirms the right of states to “pass laws discriminating against out-of-state producers if the measures advance ‘a legitimate local purpose that cannot be adequately served by reasonable nondiscriminatory alternatives.'”

It’s hard to see how protecting market-controlling corporate middlemen would serve a “legitimate local purpose,” especially when the effect will be to severely curtail the revenue streams that small local wineries, brewers, and boutique liquor producers would otherwise enjoy (and in some cases, are enjoying right now). There is precious little reason not to let the wineries of Arizona compete against those of California, Washington, and even Utah in the marketplace. Small wineries do not want this kind of state protectionism. National distributors want to force it on them, and Rep. Chaffetz and friends are apparently willing to act as their shills.

The interstate-commerce clause is often wielded by corporate interests and their judicial enablers as a weapon against local communities and local businesses. With HR1161, corporate interests and their legislative enablers now attempt to limit the reach of that much-abused clause in order to . . . damage the interests of local businesses and the communities they support.  Of course. Would-be monopolists are nothing if not consistent.