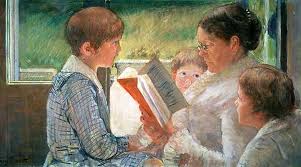 During my brief foray into public education, I taught a group of seventh-graders a typical lesson from a standard middle school literature textbook: we read a chapter from Ramsey Ullman’s Banner in the Sky and traced its rising action, climax, falling action and resolution.  I noted that although the students had a working knowledge of these mechanics by the end of the class, they still knew nothing about main character, could not tell what sort of a person he was, why he had undertaken his adventure, whether they liked him.

I was reminded of my freshman biology lab dissection of a fetal pig.  The dissection equipped me to identify major organs and arteries, muscle and skeletal structure.  But friends from farming communities could attest that this knowledge of piglet anatomy did not translate at all into knowledge of pigs.  I grew up in the desert and had rarely seen a living pig.  I once made the mistake of referring to a pig as “cute” in the presence of a hog farmer’s grandson. He soon corrected me with a list of the vices of the species, the stench and sounds of the sty.  In contrast to my lessons on the anatomy of a pig pickled in formaldehyde, he knew the movements and squeals of living piglets, could tell at a glance which were likely to thrive and which was the runt of the litter.

In a sense, this was the difference between my students, with their careful lessons in literature analysis, and the child tucked under the comforter with a flashlight long after he is supposed to be asleep, desperate to see how the story ends. The first learns the anatomy of a cadaver; the second, the complexity of a living tale.  I pity my students, robbed even of the breathless excitement of the adventure.  But there is more at stake here.

Using textbook anthologies of poems, short stories and selections from longer works, heavily supplemented with lessons on the mechanics of each selection and answer-as-you-go comprehension questions, teachers do their best to help students identify types of conflict, note distinctions between genres of literature and summarize the author “point,” skills which students can apply to complete works through occasional book reports.  In short, they are taught to study literature. The danger is that while learning to study literature, students will miss the experience of learning (and learning from) the stories themselves.

We hear a great deal about the benefits of reading and being read to.  Social Scientists trace benefits to future economic or social success.  And of course, many children’s stories are themselves intentionally and not very subtly didactic.  Aesop’s Fables and Grimm’s Fairy Tales, or for that matter Dr. Seuss’ The Sneetches have clear morals that children can consciously identify.  Good teachers, understanding that children engage with stories, use storytelling to teach a variety of practical lessons, as well as to impart moral lessons (often culturally determined).  But I am not concerned here with what reading equips children to do.  I am concerned with how stories affect who children are and how they understand their place in the world.

I use the word “story” here to mean primarily the narrative of what, as children, we called “chapter books.”  Lacking a more precise word, I want to draw a distinction between these and what we often mean when we talk about a bedtime story.  While short children’s tales are a treasured part of early childhood (I remember a dearly loved and much abused version of The Velveteen Rabbit with vivid watercolor illustrations), they play a different role in the imaginative life of a child, particularly after toddler-hood.  Think of the difference in a six-year-old’s response to, say, Alexander and the Terrible, Horrible, No Good Very Bad Day and The Wind in the Willows. She may pretend to be Rat or Mole; it is hard to think of her doing the same for Alexander (though on her own bad days she may very well identify with him).[1]

The greatest lessons stories teach are received unconsciously, are beneficial precisely because they are received unconsciously.  These are habits of thought, ways of understanding the world around us as well as understanding the world as it came before us.  In an age that approaches education “scientifically” – obsessed with measurements, rubrics, standards and multiple choice assessments – it is unsurprising that we overlook those lessons of story-telling which cannot be quantified through end-of-chapter evaluation questions.  But it is precisely in such an age (when children study not History but “Social Science”) that these lessons are most needed.

We are more than ever in need of the balance of a literary perspective.

The current approach to education encourages a certain way of thinking about cause and effect, where particular effects suggest series of particular and, to some extent, explainable causes.  This suggests that, with enough knowledge, a change in outcome can be effected by a change in process.  But at least when it comes to examining human experience such thinking tends toward oversimplification.  We identify necessary connections where none exist and assume that a particular action will, of necessity, bring about a particular result.  GK Chesterton warned against “scientific men” who “muddle their heads, until they imagine a necessary mental connection between an apple leaving the tree and an apple reaching the ground.”[2]

There is, however, an alternative way of understanding cause and effect.  The child who grows up viewing human experience (past and present) not in terms of an experiment, but rather in terms of a story, will be more likely to think in terms of possible consequences than necessary effects.  Without denying the influences of environment, relationships and experiences, he will be less likely to see these in a deterministic light.  Anne Shirley falls off the roof not because she is an orphan neglected in early childhood, but because she would walk along the ridgepole.  Frodo destroys the Ring, but only through the unwitting help of the haunting Gollum, reminding the reader that resistance to temptation is far from guaranteed.

Consider the difference in how the word cause can be used when discussing, for example, the “problem of modernity.”  If we understand historical causes in the first, deterministic sense of causation, our solutions will tend to focus on undoing the causes in order to reverse the effect – moving back to the farm, cloistering ourselves in small towns – Utopian suggestions at best. Understood in literary terms, the effects of these causes were not inevitable, nor is their trajectory guaranteed.

It is important to note here that by challenging the determinism of Chesterton’s “scientific men,” the child who has learned from stories does not thereby abandon the idea of teleology.  On the contrary, he can recognize design as a central element to the story. The proof of young Arthur’s identity and purpose is a sword pulled from the stone.  The story-reader does not demand a reductionist explanation either of how Arthur moved the weapon or why he did not ignore the sword altogether. Understanding that the story required Arthur to succeed, the reader nevertheless realizes that there would be no story if there was not, somehow, the possibility of failure. Thus, the very experience of reading the story offers an encounter with paradox.  Like Chesterton’s “ordinary man” the reader learns to “take the two truths and the contradiction along with them.”[3] It is difficult to describe, much less defend, paradox apart from such an encounter.  Yet those who would deny paradox demand instead a certainty achievable only at the risk of ignoring or explaining away complex or seemingly contradictory truths.

In an earlier generation, habits of thinking about paradox were passed down, not only through literature, but also through tradition.  We live at a time, however, where unconscious tradition is, largely, no longer possible. Instead we keep supermarket check-stands stocked with magazines full of articles on “creating family traditions” – a process which, as the articles make clear, is anything but unconscious. Traditions are “those little rituals passed down from generation to generation,” claims one such article. “But what do you do if your family doesn’t have many traditions?  Well, you create them of course! Somebody has to create all these little rituals, so why not let it be you?”[4] This question may be appropriately considered rhetorical if the point of “little rituals” is to create fond memories of childhood or opportunities for family time.  But traditions we create are bound to be in our own image; shaped by us, they are unable to shape us.

This is no new observation for FPR readers – we love alternately mourning the passing of tradition and insisting that all is not lost. Whether there is no hope or only very little hope for a return to tradition  (or whether the phrase “return to tradition” is oxymoronic), we would do well to recognize the potential for stories to reinforce traditional ideas and habits, without relegating us to an impossible retrenchment.  While it is nearly impossible, for the 21st Century American student to imagine the culture and mores of 19th Century England, the reader of a Jane Austen novel comes to understand them almost unconsciously.  She gains the ability to critique her own generation without abdicating her responsibility to critique those who came before.  T.S. Eliot recognized that “We are always faced both with the question ‘what must be destroyed?’ and with the question ‘what must be preserved?’”[5] Stories equip us to face these questions, not by taking away the limited perspective of our own age and place, but by taking us for a time out of it.

[1]There is obviously room for further distinctions between stories written for children and those which are simply accessible to young people, between the specific contributions of various genres, etc. And of course any discussion of literature raises the question of what should be included in a canon of “good” literature.  Tempted though I am to pontificate on these, I resist for the sake my readers’ time.

[4]Family Traditions: 10 Ideas to Get You Started, blogpost by Sherri. http://simplemom.net/family–traditions-10-ideas–to–get–you–started/, accessed 15 June 2011

When a Child Leaves Home