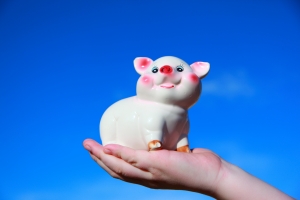 Maybe you are the kind of donor who supports nonprofits in your community. Like many Americans, you give or tithe through your church or temple. You support local human-service organizations that provide direct aid to the needy, infirm, and down-and-out. You contribute to your alma mater, local theatre company, community hospital, or library-building campaign.

Perhaps, too, your giving is influenced by your family members, colleagues, and close friends in your church, business, or neighborhood. You give out of a genuine sense of caring and gratitude for those people, places, and institutions to which you are geographically, psychologically, or spiritually connected.

If these sensible and natural forms of charitable giving describe your philanthropy, then Do More Than Give: The Six Practices of Donors Who Change the World is not for you. This fast-paced encomium to good intentions grounded in strategy and directed by experts is aimed at a special breed of philanthropist—a breed so special that it is honored with its own moniker: catalytic philanthropists, intent on changing the world.

The audience for Leslie Crutchfield, John Kania, and Mark Kramer’s six-step, how-to book for the social-profit sector consists of those men and women, foundation officers, and corporate visionaries who are looking to liberate themselves from the homely bonds of business-as-usual charity and “checkbook” philanthropy. They “don’t just write checks or make grants. Instead, they catalyze action across each sector of society. . . . [T]hey empower the very individuals they seek to help, treating them as partners in progress rather than as recipients of charity.” How very catalytic.

Replete with diagrams, case studies, and checklists “to help you scale up your own learning curve,” Do More Than Give outlines the six practices of the catalytic philanthropists who, the authors breathlessly report, are changing our world. These practices comprise: advocating for change; blending profit with purpose; forging nonprofit peer networks; empowering people; leading adaptively; and learning in order to change. Sensing that these six catalytic habits may appear daunting to the uninitiated, the authors console their readers: “You don’t need to become a world changer overnight, but we hope that you will take at least a few steps in that direction.”

The admonition is in order, for the attributes of catalytic donors are truly amazing, almost mythical. By employing these six practices, they become “proactive problem solvers” who “embrace a proactive, results-oriented, transformative mode of philanthropy.”  They leverage “the power of each of society’s sectors—public, private, nonprofit, and individual.” Catalytic philanthropy is an act of what the authors call “adaptive leadership,” the kind of leadership that our complex world requires. “They’ve learned to see the forest despite the trees,” report our authors.

Possessed of a powerful vision to change the world and a preternatural business instinct for getting results, these “philanthropreneurs” circumnavigate the globe, traveling to distant climes—where they have no natural bonds and no native yolks of accountability—in order to resolve conundrums worthy of their superior skill sets.

In fact, Crutchfield and company believe that if more donors adopted their catalytic approach to giving, philanthropy could make “systemwide change” with respect to the challenges facing our world. “Our passionate hope is that catalytic philanthropy will stop being the exception and will grow to become a more common mode in the twenty-first century golden age of giving.”

Mind you, it’s not that there is anything wrong with old-fashioned community-based giving motivated by personal loves or familial relationships. In fact, Leslie Crutchfield and her co-contributors dedicate an entire sentence to explaining how our collective lives would be diminished if the institutions supported by communal and relationship-based giving were to disappear. They even note that some catalytic philanthropists put aside a portion of their annual giving for their community- and relationship-based giving before getting on to the real world-changing business of serious philanthropy.

Still, caution the authors, “it would be hard to describe [conventional] contributions as catalysts for social progress. . . . [T]hey don’t require special expertise.” Conventional giving means getting entangled in sticky human bonds and traditional modes of accountability, which often muddies the waters for would-be world-changers. And besides, without the need for “special expertise,” entire professional schools of philanthropy and nonprofit consultancies might not be needed.

Liberated from the inhibiting ties that bind, the catalytic philanthropist, as Crutchfield and company describe him or her, discovers philanthropic purpose from within: “This type of giving is not about any personal relationship to the institution that receives the funds or the person that requests them. Instead, the donor is determined to make change on an important social or environmental issue that matters deeply to him or her.”

Having conquered the world of business, come into a great inheritance, or stumbled upon a sweet foundation gig, catalytic philanthropists, the authors report, enter the nonprofit fray bulging with business acumen, insider government contacts, and high-level social and political connections. Sure, they could simply make grants. But they don’t.

They leverage their assets by breaking down traditional distinctions between the private and public sectors. And it’s not just individuals and foundations that are getting in on the catalytic philanthropy act. “Major corporations are taking far more active roles in addressing social and environmental issues, and new types of corporate entities are being created that blend profit making with social purpose.”

This is the apparent genius of catalytic philanthropy: each sector of society uses other sectors of society for its own ends. “The role of government has shifted as well, creating new opportunities for philanthropists to make common cause with the state.” And, one presumes, for the state to make “common cause” with (i.e., regulate) philanthropy.

Catalytic philanthropists help nonprofits function more like businesses; businesses more like nonprofits; nonprofits more like governments; and businesses more like governments. In the end, distinctions between what is private and what is public are swept away by the heady passions of the catalytic philanthropist. What lessons did our authors fail to learn, one wonders, about the comingling of private interests, nonprofit governance, and government action during the Fannie Mae housing bubble that would have them believe that dissolving distinctions between public and private goods is a beneficial idea for the independent sector?

For Crutchfield and company, the imperative to engage more philanthropists in the work of changing the world has never been greater. Why? “We all inhabit,” the authors pronounce but never explain, “an increasingly complex and globally interdependent world that is changing with unprecedented speed.” Now more than ever, the authors “believe that more donors can—and should—aim to change the world.”

But how ought the world to change?  Crutchfield and company never tackle the thorny business of what precisely would make the world a better place or who should get to decide what better means. They seem to assume that, provided change embodies the authentic passions of the donor, all change is change for the good. Presumably, then, the Koch brothers’ program for changing the world is equivalent to George Soros’s program, provided that both are true to themselves. But if two philanthropies advocate for opposite outcomes on a specific policy issue, can both be correct? Can both be good?

That nonprofits and philanthropists are as likely to do ill as they are to do good never burdens the authors’ upbeat, jargon-ridden narrative. It is often observed, but seldom discussed (especially in front of donors), that in philanthropy the best intentions often lead to failed outcomes. Moreover, few donors—and especially catalytic donors—must live with the real-world results of their philanthropic choices: the programs that go awry or others that go unfunded. There is an argument to be made that donors should pursue a more prudential, less ambitious kind of philanthropy that observes the dictum to first do no harm.

As philanthropic resources become more concentrated, and as so-called catalytic philanthropists seek to break down the barriers between private enterprise, private philanthropy, and government action, the scale on which harm can be done becomes much larger. That catalytic donors acknowledge and, according to our authors, learn from their mistakes, is little comfort for those on the receiving end of their philanthropic blunders. It offers precious little reason to encourage the dissolution of the distinction between private and public goods.

What Crutchfield and her coauthors blissfully ignore throughout Do More Than Give is the moral dimension of philanthropy. They imply that charitable giving is merely a matter of process motivated by passion—often unexamined, unaccountable passion. The lesson that our authors and schools of philanthropy ought to take from the great public corporate scandals of recent history is that business, including the business of philanthropy, does not take place in a moral vacuum. The problem of philanthropy in the modern world is precisely the disassociation of ways and means from discussions of accountability and the common good. Do More Than Give reflects perfectly the ethos of our time. It is therefore a peculiarly dangerous book.

Jeff Cain is president of the Arthur N. Rupe Foundation. He lives in Poulsbo, Washington, where he and his family raise goats, chickens, and a truck garden. This review originally appeared at Philanthropy Daily.

Compensation: The Cultural Contradictions of Philanthrocapitalism