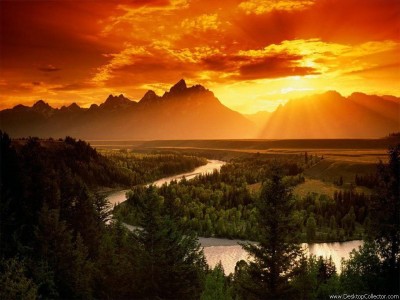 Washington, Ct. The recent contretemps between the blessedly described “liberal conservatives” at the First Things web site and our own clutch of barking mongrels here at the homespun Porch revealed that the First Things folks might consider the important arena of “aesthetics” to be a pejorative. This beats all.

Distributism, a practicing branch of the noble idea of subsidiarity, was described as being a mere “aesthetic exercise” as though beauty was something beneath the dignity of our Utopian Champions of the Evanescent State. Not to mention that a certain very real, and very vibrant district in Spain has been attempting it, with more than “mere” aesthetic reasons for more than a couple of decades.

I admit Distributism as an overarching concept gives me pause, but to call it a merely “aesthetic”…aka, philosophic and so worthlessly airy adventure makes me want to mount the barricades at the corner of Avenue Felix Fuare and Rue de la Convention. The fact that one of my favorite restaurants is nearby holds no bearing. After all, I am an aesthete, I like to dine well.

The very idea that aesthetics, as they dimly perceive them might be regarded as a pejorative by the neo-liberal-statist “conservative” is about as good an indictment of their worn-out creed as can ever be found.

Sure, they can parse and dissemble and qualify but aesthetics is about beauty and beauty is about love and unless you are a completely imbecilic adherent to this death cult of modern technocratic statism, you may hold onto some rudimentary appreciation of the value of beauty in your life. It is, in sum, a stalwart pleasure of endless payout.

Beauty is a wing of love. It is a sturdy refuge in our fallen state, our bit of firm ground in the face of the manifest ugliness of our prevailing surrender to base desires and zero-sum commercial freebooting.

The Real-Politik banner wavers traffic in carnage and so are opponents of beauty. They consider war a manly pursuit and the pursuit of beauty in this temporal life to be somehow fey. Truth be told, this Death Cult of Liberal conservatism has hitched their cart to the idea that destruction is beautiful and somehow bountifully “creative.” Pathos dogs this creed like a junkyard dog.

Beauty is everything. It is what distinguishes our species, this propensity for beauty and it is one of the vital forces which animates the power of love.

The very idea that somebody might denigrate the concept of aesthetics , and that they may very well be in charge of our checkered fates given the mercenary atmosphere clutching Washington….well, this puts me in a morose mood. It wouldn’t be the first time.

Luckily, I ain’t sentimental whence morose. I get damned well plucky. We need to recover the ground of beauty in this once and still beautiful land. It is the helping hand of Love and with Love, all things are possible . There has never been a case of inflation, nor deflation in the realm of Love.