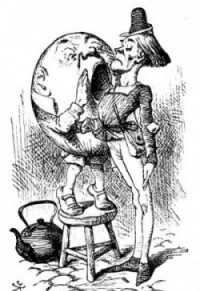 Lucky me, to be invited to try the beta version of Google’s newest and coolest app — Séance!

After a quick download and install, I wasted no time in launching my first “collaboration,” picking three figures from the spirit world: Abe Lincoln (primal Republican!), Teddy Roosevelt (Rushmore Republican!), and Ronald Reagan (late Republican!). Given the state of Republicanism in this country today, I couldn’t think of a better trio to convene…

Me: Gentlemen, thanks for allowing me to summon you up this way.

Me: I wonder if you have all been following the fortunes of your party over these last few years?

Abe: Misfortunes seems the better word, my friend. I see no defenders of our good old Whig tariffs nor anyone speaking of another homesteading act which is so sorely needed, now that so many citizens no longer own their own property free and clear.

Me: But Mr. Lincoln, were you not struck by the candidacy of Herman Cain, perhaps the most successful black man ever to seek our party’s presidential nomination? Did he perhaps remind you of, say, Frederick Douglass?

Me: Any other opinions on our recent primary debates?

Reagan: Ah well, yes, I’ve got an opinion. I thought they were the biggest collection of bad actors I’ve ever seen. (Group laughter again.) You know, Maggie Thatcher and I once shared a vision — but this economy is not what we envisioned. Where is the ownership society in this country? Had I known what that Alan Greenspan really had in mind…

Me: Any comments on particular candidates? The late Rick Perry?

TR: A damned drugstore cowboy! I see he and his kind now even doubt whether conservation, as I called it, is still an important matter. But they are all very keen on protecting the trusts! It’s incredible that our government has ceased concerning itself with the growth of monopolies in almost every industry. What, pray tell me, has happened to my legacy?…

At this point, my PC froze up and I lost my three interlocutors, just as they were about to give me their reading of Mitt Romney and Sarah Palin!…

Still, this brief and dispiriting little chat was enough to make me wonder what has led to the collapse of the G.O.P. and whatever political coherence it once may have possessed. Four major factors, I think, could be cited.

First is the rise of ritual purity in politics. If you are of the Right, you can have no traffic with the Left, lest ye be contaminated. Some Democrat (not to mention the Prez) have a good idea? No matter: the man is unclean — therefore his ideas are also. If you are a candidate so ill-advised as to make a ritually impure statement, beware a money bomb (in the form of a media campaign) crashing through your window from the keepers of the flame.

Russell Kirk had something to say about the replacement of thinking (or, as he might have said, the conservative imagination) with this kind of blinkered ideology: “Conservatism, I repeat, is not an ideology. It does not breed fanatics. It does not try to excite the enthusiasm of a secular religion. If you want men who will sacrifice their past and present and future to a set of abstract ideas, you must go to Communism, or Fascism, or Benthamism.”

In our current crop of Republican candidates, we have the spectacle of people who have enthusiastically made such sacrifices in the name of messaging and from simple fear of being purged.

Second is the final victory of Saul Alinsky. After first corrupting the Left in the 1960s with tactics of demonization, ridicule and personalization of political differences, Alinsky’s legacy has now thoroughly infected the Right, especially the talk radio talkers. A few hours of this ideological monomania and you begin to feel like a character in the Matrix.

Third is the supplanting of genuine affiliation with a kind of virtual society, not limited to members of either political party, and one obsessed with politics in a profoundly deconstructing and unconservative way. Moreover this virtual life, feeding off the continuous news cycle, participates in the latter’s innate culture of conflict, suspicion, investigation and destruction — the neophilia epidemic we are constantly undergoing as we seek to escape from whatever is local and therefore boring. This dynamic is one of the reasons our media industries have become our major mental polluters and our ersatz educators.

Indeed the media — mainstream or otherwise — now function in the opposite fashion to books, for example, in their way of inoculating us against any reflection, analysis or wonder. In pursuit of “being informed”, we endure a daily referendum on what appears to be happening. (As C. John Sommerville once pointed out, the real margin of error in polls is 100%.)

Fourth is the rise of economic panglossism and the “I am John Galt” mentality. The former amounts to a quietistic trust in the invisible hand (which, last I checked, remains invisible) and the latter is mostly the college frat boy’s version of social darwinism — something like P.J. O’Rourke in a serious mood. Many Republicans have invested emotionally in the idea that because large-scale social engineering mostly fails, society itself deserves our indifference. This notion squares with Mrs. Thatcher’s famous remark that there is no such thing as society.

Notions of the common good, if you can find any, dwell primarily on the left side of things. “Republicans for the Common Good”? No such group exists. In the GOP, we are (almost) all John Galt.

So Abe, TR, Ron: I thank you for your time but I don’t think Humpty Dumpty is salvageable at this point. And we don’t need Google software to see that.