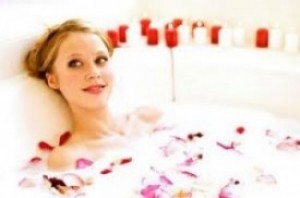 The New York Times recently ran a précis of a book by Eric Klinenberg, a professor of sociology at New York University and the author of Going Solo: The Extraordinary Rise and Surprising Appeal of Living Alone. According to Klinenberg,

More people live alone now than at any other time in history. In prosperous American cities — Atlanta, Denver, Seattle, San Francisco and Minneapolis — 40 percent or more of all households contain a single occupant. In Manhattan and in Washington, nearly one in two households are occupied by a single person.

By international standards, these numbers are surprising — surprisingly low. In Paris, the city of lovers, more than half of all households contain single people, and in socialist Stockholm, the rate tops 60 percent.

In short, it appears that in modern societies, when people can afford to live alone, more tend to do so.

The mere thought of living alone once sparked anxiety, dread and visions of loneliness. But those images are dated. Now the most privileged people on earth use their resources to separate from one another, to buy privacy and personal space.

But rather than barricading themselves behind thick walls of privacy, these solo artists are, according to Klinenberg, socially active individuals.

Paradoxically, our species, so long defined by groups and by the nuclear family, has been able to embark on this experiment in solo living because global societies have become so interdependent. Dynamic markets, flourishing cities and open communications systems make modern autonomy more appealing; they give us the capacity to live alone but to engage with others when and how we want to and on our own terms.

In fact, living alone can make it easier to be social, because single people have more free time, absent family obligations, to engage in social activities.

However, the possibility of living apart from others is not unique to those who live alone. The trends for the last few decades show that the size of houses has dramatically increased while the size of families has decreased. The result is large houses occupied by a few people, all of whom have their own bedroom (can you imagine forcing kids to share the same room?) and often each bedroom is accompanied by a private bathroom. In other words, these homes afford their occupants the ability to live semi-isolated lives, especially when you put a computer or television in each room. As Klinenberg puts it,

Those in large suburban homes often splinter into private rooms to be alone. The image of a modern family in a room together, each plugged into a separate reality, be it a smartphone, computer, video game or TV show has become a cultural cliché.

But people choosing to live alone are not necessarily anti-social. They can maintain connections with others through various social media:

New communications technologies make living alone a social experience, so being home alone does not feel involuntary or like solitary confinement. The person alone at home can digitally navigate through a world of people, information and ideas. Internet use does not seem to cut people off from real friendships and connections.

We can be more connected than ever before even as we are, at the same time, living alone more than ever before. There is an obvious attraction here. After all, this new way of living makes it possible to dramatically limit encounters with all but the people we choose to see. One can avoid the inconveniences of a difficult roommate or a less than perfect spouse. My time and space are my own and I need to share only when I choose to go out or let someone else in.

I suspect I am not the only one who finds this development somewhat troubling. And I say this as someone who likes his privacy and solitude.

First, and perhaps most obviously, living alone can lead to a disposition that I am center of the universe, which is precisely the false notion held by children and which parents spend plenty of time countering. If I live alone, when I eat, sleep, brush my teeth, and exercise I must ask leave of no one and can to exactly as I please. I never have to make a meal out of something I despise because it is the favorite of someone else. I don’t have to get up in the night to help a sick roommate or spouse, to rub a sore back, fetch a glass of water, or get an extra blanket to stave of the chills of fever. If I do any of these things, it is solely for myself and no other. My schedule is my own and my life is arranged so that I need to defer to no one. As attractive as all this might sound (and I can admit the attraction), I’m not sure it’s healthy. Perhaps when God observed that it is not good for man to be alone, He was not referring merely to the fact that humans need companionship but that the temptation to focus exclusively on the self would increase exponentially in the absence of another person with whom to share space and time.

Second, living in close proximity to others provides the context within which important social virtues are formed. We are all, as Alasdair MacIntyre put it, dependent rational animals. We enter the world as dependents, and we generally leave the world in some degree of dependence. Even during our years of so-called independence, we are, if we consider the matter with care, deeply dependent on other people. The fact of dependence, however, provides rich opportunities that radically independent creatures would never have. On the one hand, caring for those who are dependent forces us to think and act in terms of self-sacrifice. We forgo our personal desires in order to bring happiness to those in need. This is obviously the case of parents with small children, but these are not, presumably, the people choosing to live alone. Caring for an aging parent, for example, requires that adult children sacrifice their time and resources to serve another. This is not easy, and it requires selfless giving. The virtues of patience, self-control, and generosity are cultivated in the process. On the other side, as we age, we will necessarily find our independence waning. This is, no doubt, a frightening prospect: strength fades; capacities decline; the ability to live independently slowly dissipates. But this decline provides a surprising opportunity for the cultivation of gratitude, for though it may be more blessed to give than to receive, it is often more difficult to receive than to give. Especially, when the gift can never be repaid and all that can be offered is a continuous sense of dignified gratitude to those who are giving selflessly. These opportunities—with all their difficulties, stresses, and heartbreaks—are lost when people live alone. The sense of independence is real, but these rich and very human contexts for the cultivation of virtue are forfeited.

In this vein, Klinenberg points out that it is not just the young and middle-aged who are choosing to live alone.

A century ago, nearly 70 percent of elderly American widows lived with a child; today — thanks to Social Security, private pensions and wealth generated in the market — just 20 percent do. According to the U.C.L.A. economist Kathleen McGarry: “When they have more income and they have a choice of how to live, they choose to live alone. They buy their independence.”

But in buying our independence, it’s possible we lose things that are less tangible but nevertheless good. It is not difficult to imagine social and perhaps even political costs disguised by a heady sense of independence that only puts off recognition of the fact that we are, in our very natures, dependent creatures. In this light, cultivating an awareness of the various ways we are dependent might open up new vistas of self-knowledge, not to mention gratitude. It might even compel us to consider ways of repaying the various debts we all own.

Wholeness and Gratitude: Working through Scott H. Moore’s How to Burn...