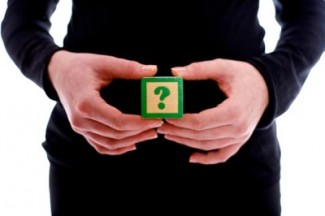 In the spring of 2011, articles began popping up about a couple in Toronto who were refusing to publicly reveal the gender of their baby. They named the child “Storm” and committed themselves to raising Storm without the oppressive expectations of gender. They sought to foster a context within which Storm could decide for Storm’s self what Storm would be. As the previous sentences indicate, there are practical problems that go beyond pink or blue jumpers. Storm’s parents lament the “tyranny of pronouns” that serves to limit Storm’s choices even before Storm realizes the possibilities afforded by such an upbringing.

Storm’s older brother, Jazz, is a boy who enjoys wearing dresses and prefers his hair long with three braids. Sometimes he is mistaken for a girl. According to the article,

One of his favourite books is 10,000 Dresses, the story of a boy who loves to dress up. But he doesn’t like being called a girl. Recently, he asked his mom to write a note on his application to the High Park Nature Centre because he likes the group leaders and wants them to know he’s a boy.

Jazz was old enough for school last September, but chose to stay home. “When we would go and visit programs, people — children and adults — would immediately react with Jazz over his gender,” says Witterick, adding the conversation would gravitate to his choice of pink or his hairstyle.

That’s mostly why he doesn’t want to go to school. When asked if it upsets him, he nods, but doesn’t say more.

Instead he grabs a handmade portfolio filled with his drawings and poems. In its pages is a booklet written under his pseudonym, the “Gender Explorer.” In purple and pink lettering, adorned with butterflies, it reads: “Help girls do boy things. Help boys do girl things. Let your kid be whoever they are!”

For parents who seek to avoid imposing anything upon their children, it does strike one as odd that a 5 year old, boy or girl, would create such a pseudonym or trot out such politically correct sentiments. One might even be tempted to suspect that the parents have imposed plenty upon their children all in the name of liberation. The boy’s mute sadness speaks volumes.

Parents here or there who attempt to make their children into subjects of a social experiment offer perhaps a curious side show. But what happens when an entire society seeks to do the same? This is, apparently, what is happening in Sweden, that putative utopia of happiness and Nordic sanity.

According to a piece recently published at Slate,

For many Swedes, gender equality is not enough. Many are pushing for the Nordic nation to be not simply gender-equal but gender-neutral. The idea is that the government and society should tolerate no distinctions at all between the sexes. This means on the narrow level that society should show sensitivity to people who don’t identify themselves as either male or female, including allowing any type of couple to marry. But that’s the least radical part of the project. What many gender-neutral activists are after is a society that entirely erases traditional gender roles and stereotypes at even the most mundane levels.

Here are some of the various ways Swedes are pursuing this program of eradication.

Activists are lobbying for parents to be able to choose any name for their children (there are currently just 170 legally recognized unisex names in Sweden). The idea is that names should not be at all tied to gender, so it would be acceptable for parents to, say, name a girl Jack or a boy Lisa. A Swedish children’s clothes company has removed the “boys” and “girls” sections in its stores, and the idea of dressing children in a gender-neutral manner has been widely discussed on parenting blogs. This Swedish toy catalog recently decided to switch things around, showing a boy in a Spider-Man costume pushing a pink pram, while a girl in denim rides a yellow tractor.

The Swedish Bowling Association has announced plans to merge male and female bowling tournaments in order to make the sport gender-neutral. Social Democrat politicians have proposed installing gender-neutral restrooms so that members of the public will not be compelled to categorize themselves as either ladies or gents. Several preschools have banished references to pupils’ genders, instead referring to children by their first names or as “buddies.” So, a teacher would say “good morning, buddies” or “good morning, Lisa, Tom, and Jack” rather than, “good morning, boys and girls.” They believe this fulfills the national curriculum’s guideline that preschools should “counteract traditional gender patterns and gender roles” and give girls and boys “the same opportunities to test and develop abilities and interests without being limited by stereotypical gender roles.”

As with our erstwhile Toronto parents, the problem of the pronoun has presented an especially vexing challenge. Nevertheless, a solution has been found.

Earlier this month, the movement for gender neutrality reached a milestone: Just days after International Women’s Day a new pronoun, hen (pronounced like the bird in English), was added to the online version of the country’s National Encyclopedia. The entry defines hen as a “proposed gender-neutral personal pronoun instead of he [han in Swedish] and she [hon].”The National Encyclopedia announcement came amid a heated debate about gender neutrality that has been raging in Swedish newspaper columns and TV studios and on parenting blogs and feminist websites. It was sparked by the publication of Sweden’s first ever gender-neutral children’s book, Kivi och Monsterhund (Kivi and Monsterdog). It tells the story of Kivi, who wants a dog for “hen’s” birthday. The male author, Jesper Lundqvist, introduces several gender-neutral words in the book. For instance the words mammor and pappor (moms and dads) are replaced with mappor and pammor [I suppose the English equivalents would be Dommy and Maddy].

1. At the start, it perhaps goes without saying that many senses of equality are salutary and to deny that is to exhibit serious moral myopia. Men and women should, for instance, receive the same pay for the same work. Boys and girls should have equal opportunities for education. All should enjoy equality under the law and equal access to the courts.

2. Alexis de Tocqueville argued that in aristocratic ages, inequalities are not much remarked upon for they are everywhere. However, in democratic ages, where equality is the highest social and political priority, even the slightest inequalities will give offense. Thus, the more equal a society becomes, the more glaring even the smallest inequalities will appear. Yet, we must at the same time recall the wise words of Edmund Burke. He understood that perfect equality will simply never be achieved. Inequalities of all kinds seem to be, well, just part of life. If we consider these two insights together, it appears that in our futile attempt to achieve perfect equality, we will find ourselves perpetually offended even as we approach that illusive ideal. A society of perpetual offense does not sound like a pleasant place.

3. We give our boys Ritalin to make them sit down, shut up, and behave more like little girls, who, incidentally tend to outperform boys in elementary school. Our enemies speak to their boys of honor and sacrifice. Which one seems like a winning strategy? Or to put the matter differently, will a society of hens be as strong, vital, creative or even as interesting as a society of hims and hers, of men and women? Who, truth be told, wants to be a hen? Who wants to marry one? Apparently, there are some who want to raise them, but I suspect the children (like Jazz) will find the going tough and childhood will feel more like a controlled experiment than a time of carefree existence. Perhaps it goes without saying that some of us prefer our hens fried or grilled.

4. The irony in all of this is significant. In order to liberate a child–or an entire society for that matter–from the oppressive confines of gender, a whole lot of controls must be put in place. So who, really, is being liberated? Is this simply another attempt by an overzealous parent to impose “hen’s” will onto a child? Here’s a seemingly trivial example, but it gets at the same impulse. The kid’s helmet is amusing. Be sure, however, to watch to the end where you will see this parent’s view of dirt. Much more could be said on that score.

5. Does nature, itself, provide limits? Should we attempt to surpass them? When does surpass become transgress? Is maleness and femaleness a natural limit that actually facilitates human flourishing? Here we come to an interesting point. Could it be that living within certain limits is a key to happiness? Could it be that our modern denial of limits (an impulse that lies at the heart of modern liberalism) is the royal road to misery and a life of perpetual self-righteous offense? Fortunately, some differences seem fixed. Childbearing, for one, is unique to women. At least until an artificial womb is developed and women can be liberated from this unpleasant task of nature.

On that note, in two weeks a baby girl will be born. We are going to adopt her. My wife, three boys and I are thrilled. She will be raised as a girl. Her brothers will be expected to treat her as gentlemen treat a young lady. At the same time, I will teach her how to throw a ball, clean a fish, shoot a gun, and build a fire. Nevertheless, the only hens will be those in the coop, busily doing what hens naturally do.