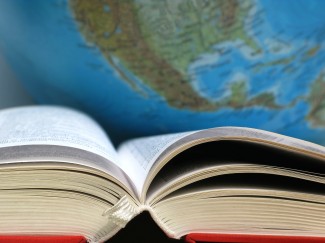 “Many propositions involving temporal concepts which seem obviously and necessarily true are just as necessarily but not obviously true when formulated in terms of spatial relations.” [1]

In 2011, the Watkins Review named author Eckhart Tolle “the most spiritually influential person in the world,” in large measure because of the wild success of his book The Power of Now, a book which is in some measure, at least judging by the title, about the temporal dimension. I’m pleased, therefore, that the aptly-named Professor J.C.C. Smart saw fit to include the above insight into the slighting of the spatial dimension in space-time analogies in his tome Problems of Space and Time, and I borrow it to introduce a reflection in a forum that focuses on Place.

TIME: The way I see it, and with apologies to Bergson, we true philosophers of the chaos of everyday life have actually understood something by breaking the temporal dimension into three workable categories: 1) “the Future” 2) “the Day” and 3) “the Now.” And the sanest among us have come to the conclusion that in order to live a decent life one eventually has to come to the realization that “the future,” in the words of Stephen Vizinczey, “is a blinding mirage,” and that “the Day” and “the Now” (one practical, and one, admittedly, a bit more mystical), are actually useful categories that, when they play off each other like binary stars, function quite well in an individual’s life and, at the very least, keep one from becoming an insane tyrant.

A devotee of “the Day,” however, isolated from “the Now” usually ends up being a “coper”–somebody who just copes–or, inversely, a self-absorbed nincompoop the likes of which are seen in the worst of the band of “Carpe Diem!-ites” in Dead Poet’s Society. True one-day-at-a-timers, though (and most are of this sort) have at least one hand in the honey pot of “the Now,” and this adds the necessary mystical ferments to the practical “Day,” characteristics such as spontaneity, instinct, intuition, and imagination.

On the other hand, a devotee of “the Now,” separated from the practical exigencies of “the Day,” tends towards mystical lunacy. These people are now legion, in large part, I reckon, because of the absolutely fantastical success of Tolle’s, (who in 2008 the NTY’s called “the most popular spiritual author in the nation”) The Power of Now.  Just think of the epidemic of babies that have to sit in their soiled diapers for longish periods of time because their moms have taken to hanging out in “the Now.” [2]

Working together, however, and in some way tethered, these two categories of time create a pretty good engine to sanely power one through life.

Though fans of either “the Day” in isolation or “the Now” in isolation can be humorously indulged, devotees of “the Future” are another case altogether. These people are not only scary but downright dangerous, and when you come across one, my advice is to run for the hills. According to Vizinczey, my favorite guide in dissecting the ways of those high on the future drug, “when somebody tells you, ‘you must think of the future,’ he isn’t thinking of you.”  And, “when you you hear the word ‘inevitable,’ watch out. An enemy of humanity has identified himself!”[3]

“The Future,” to those of us who ponder spatial-temporal relations during staff meetings, is equivalent to the mirage of “Humanity,” an illusion questioned frequently by authors over time and on this Porch. And it works in the same ironic sense that Dostoevsky most famously exemplified when he said, in the mouth of Ivan Karamazov, “the more I love humanity in general, the less I love man in particular.” This is perhaps most poetically exemplified by John Cowper Powys:

[T]here is a very interesting and very curious phenomenon to be considered here, and it is this. It has become both a matter of historical psychology, and also a matter for some of us of personal experience, that simultaneously with any extra-powerful recognition of the “equality of all souls ” there recedes and withdraws and lessens and dwindles, almost in ironical proportion, a person’s warm, kindly, friendly, over brimming, humorous delight in being nice to his wife, his family, his parents, his children, his brothers, his sisters and his neighbors. It would almost seem sometimes that the more a person realizes the “equality of all souls” and the more he sets himself to struggle for it and fight for it with every weapon in his control, the less pleasant, easy, friendly, forgiving, indulgent, lenient, unexacting he is in his relaxation with the people he sees every day.

That all souls are equal is a legitimate and inspiring doctrine, but for some queer psychological reason it seems to vampirize and suck the life-blood out of our “bowels of compassion.” It seems to corrupt our kindly reception, for instance, of Cousin Jane’s stertorous breathing and of the repulsive way Uncle John swallows his porridge.[4]

Now, if the person who loves humanity tends to be a royal biatch or bastard to his neighbor, in similar fashion the lover of the future tends to despise the dishes in the sink and all the poetry of life associated with the words “our daily bread.”

But I’m getting ahead of myself…

SPACE:  We philosophers of the chaos of everyday life have found workable the division between three sets of spatial concerns:  1) “The World”/”Humanity” 2) “The Local” and 3) “The Person.” I mentioned the tradition of critique of that bugbear called “love of humanity” but, for our related love of “the World,” we do well to keep in mind Bill Kauffman’s distinction between Arbor Day and Earth Day: “the difference between planting a tree in your backyard and e-mailing a machine-written plea for a global warming treaty to your UN representative.”  Run from these people, folks!

As for “the Local” (as I think you can now follow), it is at its best as one pole opposite the ferment of “the Person,” (analogous to “the Day” and “the Now”), and is, as such, the scene and engine of real action in this world.  And though our best writers on “the Local” such as Wendell Berry and the aforementioned Mr. Kauffman are so obviously attuned to the ferment of “the Person,” my object in these remaining lines is simply to make this other pole, (“the Person”) more explicit and to name its Tolle[4].

The Tolle of space is, in my estimation, the historian of Medieval culture Gerhardt Ladner and his work, The Idea of Reform is his Power of Now. Ladner, in studying the history of reform documents makes a distinction between the peculiar, personal Christian “reform” and a host of other renewal movements such as revolution, rebellion, and rebirth/renaissance. His magisterial and lucid study reveals that the best service one can render to the world is this same “reform” in the form of repentance and the turning-around (“metanoia”) of one’s own heart.  Now, this is a very literal “brighten the corner where you live” philosophy that starts, not at the volunteer fire department but in the even more local abode of the human flesh with an engagement with and conversion of the self.  It is effected through repentance which, though admittedly more difficult than a flight from the self into “the Now,” (hence its lack of comparative popularity), is not the self-flagellation that it’s often made out to be. It is in actuality the sad-bright journey that the Prodigal Son took home back to his Father, (and to himself).

Mind you, this conversion of “the Person” conducted in isolation from its complementary pole “the Local” runs the risk of one becoming a scrupulous, self-righteous wing nut, just as the reform of “the Local” in isolation from the pole of “the Person” creates what could best be called the “school- board crusader,” a person who thinks all the world’s ills from bullying to drugs to the infield fly rule can be solved by the schools.

Oh, that the reading public gave as much time to Gerhardt as Eckhart and to The Idea of Reform as The Power of Now.  And God save us from the curse of our unseemly love affairs with abstractions such as “Humanity,” “the Future,” and, “the World.”  Yes, yes, dear reader, a bit of this is hyberbole, but remember that, as Leon Bloy said, “hyperbole is the instrument to distinguish between insects and the instrument that brings us closer to the stars.” There is indeed a sense in which you can love such abstractions as “Humanity” and “the Future” but, in the name of decency and for the love of all things holy, please keep your embraces brief!

[2] I want the reader too lazy to look at footnotes to assume that I’m linking to a research paper proving that babies are now sitting in their excrement because their moms are ‘chillaxing’ in “the Now”. There is no such study. Believe me, I looked.

[5] Truth be told, the better referent here is obviously Jean-Pierre de Cussade and his Sacrament of the Present Moment. I risk a theological observation and suggest that Tolle’s “Now” is quite different than Cussade’s “Present Moment.”  Though I have profited from reading Tolle, his “Now” seems more like an escape from the world, despite his protestations, than a ferment for the world, a “running from,” not a “running to.”  I had a student who worried a lot about the future and yet was haunted in turn, during times of excessive concern about the future by a dark sense of being called to a convent. Tolle’s popularity, I suggest, runs along similar lines and is a reaction to our obsession with the future and has characteristics of a cave, a joey running back to the pouch.