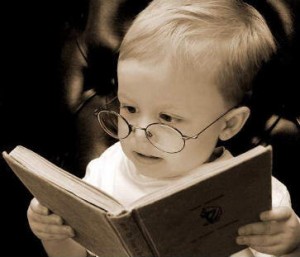 As a homeschooling parent I’m continually frustrated by the difficulty of talking about why we do what we do. Homeschooling is nearly always portrayed as a flight from something: bad influences, secular curriculum, bullying, drugs, violence, or simply a broken system. It’s made out to be merely an individual decision, defended (necessarily) by recourse to individual rights, a choice to exempt oneself from obligations to community for the good of one’s own children. But that seems to me exactly backwards. In fact, the homeschooling I’ve seen has produced children far less likely than the average American to see themselves as autonomous individuals, each the center of his or her own universe. Freed from the constraints of institutions, homeschooling is an opportunity to lay the foundations of community.

I’m not merely protesting that homeschooled children have opportunities for socialization — an ugly word in any case. There are “extra-curricular” classes, of course, and frequent group field trips that are part of the curriculum rather than exceptions to it. Not being bound to someone else’s schedule, kids can also, if they choose, spend more time “out in the community” volunteering in museums or homeless shelters or theater groups. But those activities have their own merits; they are not, and aren’t meant to be, a substitute for institutional peer groups, which in turn aren’t the same as community. What matters far more is the informal, unstructured time that children — and, for that matter, their parents — spend together.

Every Thursday, from early afternoon until dusk, the kids from a few dozen families gather in various numbers at one of a rotating selection of local parks. The parents sit by themselves and talk, while the kids, from infants to young teenagers, go off and play as they see fit. There is adult presence but not adult supervision, and so they make up their own games and have fun in ways we wouldn’t have thought to teach them. They have an opportunity to figure out for themselves how best to get along, without recourse to authority. Sometimes they fight, of course, because they’re kids, but they generally work through their differences without resort to their parents, and certainly without trips to the principal’s office or calls to the police. Sometimes they simply learn to leave each other alone, which is an acceptable solution in the adult world as well, but nearly always they learn to see the value and good in even those they don’t like as much.

The group is small enough that smaller groups can’t easily self-segregate by age and sex. Not that girls or boys of roughly the same age don’t tend to play or hang out together, but the groups are fluid and don’t turn into exclusive cliques. Whatever issues a child has at eight or twelve or sixteen are not given gravity by a peer group but are instead given quiet context by the presence of older and younger children: they look up to the older and nurture the younger. They are continually and quietly reminded of what they were and of what they will soon be, and so are discouraged from believing that they are the center of the universe. My own daughter, who is eight, plays most often with several girls within a few years of her own age, but when I stop by the park after work I might just as easily see her with a pair of eleven year-old twin boys or a toddler fascinated by stones at the river’s edge. Even as teenagers, the kids are wonderfully comfortable with themselves, with younger children, and adults. I’ve seen children with “special needs” blossom when they are no longer subject to arbitrary competition and aren’t in the way of institutional planning but instead are surrounded by people who make an effort simply to value one another as human beings. In that context, their needs often appear little more special than anyone else’s, and like anyone else, they adapt, grow, and find a place for themselves.

The parents, meanwhile, look out for one another’s children, not only when asked but casually and continually. And that act of community extends beyond the Thursday play groups, and beyond caring for children. The parents care also for one another, when someone has a baby or is sick or loses a job or has a struggling business. I’ve seen this go beyond friends helping one another, as I’d expect friends to do; there’s an effort among the homeschooling parents to support one another’s children or businesses even when we don’t know one another all that well. We’re all in this, we understand, together.

I don’t mean to make this group sound utopian. By any sociological definition it isn’t even a fully functioning community. However, what we have is made possible in part because having rejected a particular norm, we can assume certain shared values and interests. But those values aren’t necessarily religious ones. We’ve all simply begun with an assumption that family is more important than institutions and that we each are responsible for and to our own, and from that starting point, it’s been possible to accept at least the idea that we are also responsible for and to one another — not through schools, governments, and charities but directly and personally. That’s about as much as can be expected, I think, of a bunch of people raised in the 1970s and ’80s. But our kids? Community is the model of human interaction they’re learning to see as normal. And that, more than anything else about homeschooling — maybe more than anything else, period — gives me hope. Armed with the notion that our shared humanity matters more than our shared institutions, who knows what they could accomplish?

So forget about homeschooling as a flight from anything. We’re not abandoning our community. We’re learning to build one.

Image credit and courtesy of photographer Angie Hill and her son, Braxton.

David Walbert is a writer, historian, educator, craftsman, gardener, erstwhile physicist, sometime duck rancher, recovering foodie, and aspiring raconteur. He writes about various of those things for The New Agrarian, and also for his Compendium of Instruction and Entertainment. Read more about David here.