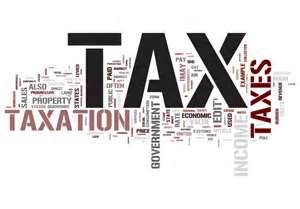 Hidden Springs Lane. As the Fiscal Cliff looms, as Red States and Blues States stand more divided than ever, as the gap between the wealthiest Americans and the rest continues to widen, the question of taxation—its purpose and extent—is a subject of hot debate. Grover Norquist insists that any and all tax increases must be resisted while the President argues that some increases on those in the top income brackets are warranted. How should we think about these matters? Can taxation be used intentionally to promote social and political outcomes in addition to simply raising revenue? If so, what outcomes should be pursued?

It is interesting to step back and think about these issues from the perspective of the early days of the republic. While many who quote the founders highlight their emphasis on liberty, it is important to note that they were also concerned with equality, or at the least they worried about dramatic inequalities. Consider some of the leading lights of the American Founding.

Noah Webster, the same Webster who compiled the first American dictionary, was an ardent champion of the Constitution. In the fall of 1787, he published a pamphlet titled “Leading Principles of the Constitution” in which he provides a detailed discussion of the proposed document. Interspersed in that discussion is an argument about the merits—nay, the essential nature—of property in a republic. As Webster puts it, real power consists in nothing other than the ownership of property. In fact, the history of England is largely a story of the struggle of the people against the nobility, and “we observe that the power of the people has increased in an exact proportion to their acquisitions of property.” In fact, “a general and tolerably equal distribution of landed property is the whole basis of national freedom.”

Webster argues that the traditionally asserted bulwarks of freedom—freedom of the press, trial by jury, habeas corpus, as well as bills of rights—“are all inferior considerations, when compared with a general distribution of real property among every class of people.” Consolidation of real property, through inheritance laws and entailments, are “more dangerous to liberty and republican government, than all the constitutions that can be written on paper, or even than a standing army.” Ultimately, for Webster, a well-informed, propertied populace is the foundation undergirding a free society. Thus, “liberty stands on the immoveable basis of a general distribution of property and diffusion of knowledge.” An educational system that failed to educate and a populace of property-less citizens would, in Webster’s mind, portend a dire situation that would threaten the very existence of the republic.

Anti-Federalists opposed the ratification of the proposed constitution for a variety of reasons, most of which centered on the fear that the plan provided too many avenues for the consolidation of power. The Anti-Federalists (who perhaps would be more respected today were they not saddled with a moniker that makes them sound like nothing but nay-sayers) argued that, among other things, the “necessary and proper” clause of the Constitution was too broad, that the three branches of government were not sufficiently separated, and the absence of a bill of rights was intolerable. They also followed Montesquieu in arguing that a republic must be relatively small and, as a consequence, the extended republic proposed by the Constitution was unworkable. Concerning property, one writer using the pseudonym Centinel, asserts that “a republican, or free government, can only exist where the body of the people are virtuous, and where property is pretty equally divided.” Where this condition is ignored or forfeited, “the nature of the government is changed, and an aristocracy, monarchy or despotism will rise on its ruin.”

Because he served as minister to France from 1785 to 1789, Thomas Jefferson did not attend the Philadelphia convention or actively participate in the ratification debates. He was, though, kept informed of events in the colonies by his protégé James Madison, with whom he corresponded regularly. In a 1785 letter to Madison, Jefferson discusses the importance of property. Jefferson notes that he had only recently arrived in France and, to familiarize himself with the countryside, took a walk. He soon fell in with “a poor woman” and, “wishing to know the condition of the labouring poor I entered into conversation with her.” She told of her difficulty finding work, the abysmal wages on offer for a day laborer, and the days she could afford no food at all. As they parted, Jefferson gave her the equivalent of three day’s wages. “She burst into tears of a gratitude which I could perceive was unfeigned, because she was unable to utter a word. She had probably never before received so great an aid.” This encounter led Jefferson to reflect on the issue of property and the “unequal division” that existed in France and all over Europe.

“I am conscious,” Jefferson admits, “that an equal division of property is impracticable.” Nevertheless, “enormous inequality” is the cause of such misery, and the suffering is such that “legislators cannot invent too many devices for subdividing property, only taking care to let their subdivisions go hand in hand with the natural affections of the human mind.” Eliminating laws of primogeniture and entail are one remedy for this vexing problem. “Another means of silently lessening the inequality of property is to exempt all from taxation below a certain point, and to tax the higher portions of property in geometrical progression as they rise.” Ultimately, Jefferson voices his commitment to a propertied citizenry: “It is not too soon to provide by every possible means that as few as possible shall be without a little portion of land. The small landholders are the most precious part of a state.”

In 1792, while considering the problem of political parties, Madison reflects on the problem of inequality in property and strikes a Jeffersonian tone in the remedies he proposes. Madison is convinced that political parties are simply unavoidable. There are strategies, however, to blunt the dangers inherent in the spirit of party. These include “establishing political equality among all” and “withholding unnecessary opportunities from a few, to increase the inequality of property, by an immoderate, and especially unmerited, accumulation of riches.” Alluding to Jefferson’s suggestion that the tax structure could “silently” reduce inequalities of property, Madison argues that inequalities can be remedied “by the silent operation of laws, which, without violating the rights of property, reduce extreme wealth towards a state of mediocrity, and raise extreme indigence towards a state of comfort.” It is reasonable to assume that these “silent operations” of Madison are the same as the “means of silently lessening the inequality of property” suggested by Jefferson, namely, the use of taxation. It is clear that neither is advocating absolute equality. Instead both emphasize the importance of a propertied citizenry and both are concerned with extreme inequalities that would weaken the fiber of the republic.

In short, leading figures of the Revolutionary generation, Federalists and Anti-Federalists alike, were convinced that a republic can only exist if property is broadly distributed throughout the citizenry and that great inequalities were dangerous. While they believed that liberty and inequality of property are inseparable, at the same time, they were egalitarian enough to be suspicious of great accumulations of wealth that produce broad class distinctions. Surely one of the most frightening prospects for the founders would have been a large class of citizens altogether bereft of property.

By property they meant primarily land. A landed citizenry was deemed essential to the health of the republic, and given the broad distribution of land at the time of the American founding, the framers of the Constitution had good reason to hope that, with vigilance, liberty could be sustained. In short, it was generally understood that a culture of private property, broadly distributed, was essential to real and sustainable freedom.

From this it might be argued that some taxes are warranted if the result is property more broadly distributed. This certainly runs counter to the libertarian position; however, it might be argued that if a free society is only sustainable in a culture of private property, the best way to secure freedom over the long haul (the goal of any serious libertarian policy) is to advance policies that promote the wide-spread distribution of property. One feature of these policies might be taxation. The danger of abuse is obvious, but if thinkers like Webster, Centinal, Jefferson, and Madison are correct, we should at least seriously consider how we can more effectively promote a culture of broadly distributed property.

At the same time, three points are in order. First, at the time of the founding, there was no income tax. Revenues were raised via taxes on property, imports, and the like. Thus, Jefferson and Madison were not directly referring to an income tax. Does that make a difference? Perhaps. Second, raising taxes for the purpose of paying for increases in entitlements and the expenses of a bloated bureaucracy would surely not be supported by most if not all of the founding generation. It is a live question whether politicians today are capable of coherently advancing a culture of broadly distributed private property and not merely frittering away increased revenues on more of the same. Finally, it is important to keep in mind that the real property championed by these writers is not the same as mere wealth held in stocks, mutual funds, and government bonds. People care for their own land or other real property in a way that is far more intimate, placed, and affectionate than they do their portfolios. Where bits of paper or numbers on a computer screen have value only when exchanged in the market, real property has a use value even if it is never sold. I can grow a tomato or raise a chicken on my own land. I can do neither with my 401k. The fact that we have come to confuse real property with abstract wealth is a significant shift. If a culture of private property is to be promoted, real property must be at the core. How a culture of real property can be revitalized in a largely post-agrarian, urbanized and suburbanized society is a question that merits serious consideration. The future of freedom may be at stake.

What is Liberty Anyway?