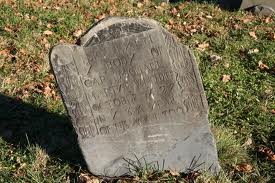 Hidden Spring Lane. “I plan on dying here.” The words came quite unbidden and surprised me. We were in the process of building a house on a few acres in northern Virginia. The builder and I were discussing some detail of the process. At one point he remarked that the particular decision at hand depended on how long I intended to live in the house. That’s when my plans, not consciously known to myself, were blurted out.

I was surprised for two reasons. First, I’d never given the place of my death much thought. Second, it took only a brief moment of reflection to realize that I’d never lived in a place where I could imagine dying. Yet here I was informing my builder that my plans were made. I was going to stay put. The house was not finished. The land was undeveloped, but in my mind is a picture that will only be realized after many years. The house is done. The front porch faces north and west where we can sit with friends and watch the sun set over Short Hill. There is solid, straight fencing and several paddocks. There is a barn, a chicken coop, a dozen bee hives, an orchard with peaches, apples, cherries, plums, and pears. There’s a large garden bursting with tomatoes, peppers, basil, potatoes, beans, sweet peas, an assortment of greens, and some giant sunflowers just for show. There’s a small vineyard where Norton grapes and an assortment of red and white table grapes hang in heavy bunches. I’m going to try to find an olive tree that can tolerate the climate. My wife would like a lime tree. We’ll see. On the flat spot in front there’s a basketball court for the boys and their friends, and the sound of a ball bouncing will be a regular complement to the soft lowing of the cow and the clucking of the hens.

It’s all there in my mind, and one consequence of this dream—one requirement, really—is a willingness to commit to this place and little by little turn the dream into the real thing. Will it happen? Well, it’s starting. I’ve got two bee hives, and eight chickens are boarding with a friend until I can get a coop built. The orchard will go in this spring. Maybe some fencing. And hopefully the basketball court. Small steps, to be sure, but in the right direction.

I’ve got three young men who are hard workers. They’ll learn how to build a fence, plant a tree, and care for chickens. We’ve already built a sidewalk to the front door and another to the back along with a small patio. We removed the dirt and hauled most of the twenty ton pile of gravel to form a base for the paving stones that came on three pallets. Shovels and a wheel barrow and lots of sweat. But when we laid the final paver, it sure looked good. And we felt good even though our backs were sore. There’s a satisfaction in physical work, in building something to last, that few activities rival. I want them to taste that satisfaction.

I want them to learn to love this place even as they help to shape it into what it can become. Right now it is mostly potential and an idea in my head that I hope is growing in theirs as well.

As I said, I plan on dying here. I’d like to be buried here, but that’s another discussion. Of course, there are things beyond my control, yet there are many choices that I can make and one is to stay put on this piece of land. To raise my kids here and to help them to cultivate the virtue of rootedness, a virtue their parents lacked and are only now beginning to understand.

One day I hope to invite friends to a dinner. It will be summer. There will be shade trees, and the vineyard will be nearby. Birdsong will be in the air. We’ll eat outside at a long table as the sun sets over Short Hill. Everything on the table will be raised on our little farm. There will be steak and chicken, perhaps grilled rabbit. There will be fresh vegetables and a fruit salad with fresh peaches, strawberries, and blackberries. There will be cheeses that we’ve made from the milk of cow or goat. Will there by olives? There will be dark red wine from the vines nearby that are even now laden with another year’s crop. We’ll make fresh ice cream for dessert, and the kids can take turns on the crank, for everything tastes better if you have to work a little to get it. As the sun goes down and the night comes on, we’ll light candles made from bees wax, and the song of the crickets will rise, and the fire flies will blink in the fields. The conversation will continue long into the night.

I can see it. But it will take a good long time.