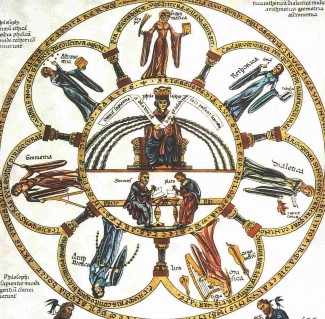 Having had a day off last week in honor of the past presidents, I am loathe to disagree with former presidents (in this case, of the American Historical Association). But a post on the value of liberal education (via John Fea), based on the remarks of William Cronon, former president of the AHA, has me wondering if academics are as gullible as viewers of Fox News. I know that sounds harsh, but if you look at Cronon’s list of a liberal education’s outcomes, you do wonder if scholars sometimes shut down critical thought when estimating their own duties:

1) Liberally educated people listen and hear. They pay close attention to others and show empathy.

2) Liberally educated people read and understand. They possess the ability to read not only the written word but also the visual world that surrounds them.

3) Liberally educated people can converse with anyone. They are able to speak on many topics and are interested in listening as well.

4) Liberally educated people can write clearly, persuasively, and movingly. They are able to express themselves in writing, not just in the technical sense of correct grammar and syntax but in conveying their inner selves.

5) Liberally educated people can solve problems of various kinds. They can deconstruct complicated problems and reconstruct them into something meaningful.

6) Liberally educated people respect rigor as a way of seeking truth. They value wisdom and seek to combine knowledge and values.

8) Liberally educated people accomplish something with their lives. They see a higher purpose in their time on earth and do something to improve it before they die.

10) Liberally educated people connect. As Cronon puts it, a liberal education “means being able to see connections that allow one to make sense of the world and act within it in creative ways. . . . [It] is about gaining the power and the wisdom, the generosity and the freedom to connect.” (3-5)

The old Beach Boys song, “Wouldn’t it be Nice,” is running painfully through my head.

Some of these higher education happy thoughts may be true when it comes to certain skills that liberally educated students receive, as in reading, writing, and thinking (though they miss just as many undergrads as they hit). But number seven’s warm fuzzy, “Liberally educated people are humble, tolerant, and self-critical. They recognize and value different perspectives” makes absolutely no sense of many professors who are liberally educated as well as the string of academic novels that feature scholars who are proud, myopic, judgmental, and overly protective of reputations and office hours.

At the same time, this list, while patting those involved with liberal education on the back, doesn’t seem to acknowledge that the students who come to liberal arts institutions do so by way of families who have inculcated many of the virtues touted in this list — even some of those critical skills attributed to liberal education. It seems to me that any proper evaluation of a liberal education concedes that time at college mainly refines what has already gone on in the life of a student before enrollment. Lights may go on in the case of discovering authors and important texts, but the virtues that a society needs from its members are more often learned from parents, teachers, and clergy, than from hyper-sensitive and ambitious faculty teaching the Great Books.