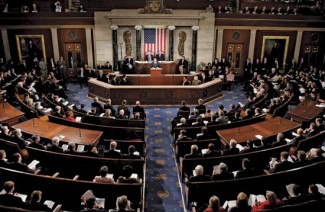 Washington, Connecticut. As I watched Senator Rand Paul slurp his dripping candy bar, a sinking feeling set in. This does not diminish his determined stance but one should rightly be filled with despair at the idea that a Senator must arise in the well of the Congress in order to question the right of the Executive to summarily execute whomever they please. What, pray God, have we come to?

Fear and Want govern this degenerating society and we are now so far removed from the wizened generation of the Framers that we are little more than a caricature of their brave intentions. Perhaps we can blame excessive carbohydrates.

The very idea that the Executive might retain powers to execute at will represents a de facto putsch. This is no crackpot idea. The Federal Government has already changed FAA regulations to allow a large number of drones over domestic skies. I read one report of 30,000 in our skies by 2015. The Republic is tottering, get used to it. Enjoy the debasement and violence.

Meanwhile, the scoundrels of Foggy Bottom cannot even manage to balance a check book. It is a relatively simple concept really, expenses vs. income, reconcile them and make your choices. Unfortunately, our erstwhile government thinks printing money or legislative legerdemain is an escape valve. This generally ends badly. Order your jackboots now as they will soon be hard to come by.

It is not courage that supports Senator Paul’s filibuster, it’s just simple common sense and an appreciation of our history. This seems to be lost on all.

A government that stresses its importance in protecting you will soon be browbeating both you and those you know. Last week, while enjoying the Red Tides along the Gulf, I caught a glimpse of a political cartoon on the op-ed pages of the local newspaper. It showed a bomb on the left, a McDonald’s stand on the right and above this duo was a question: “What should North Korea be Building?” As if this was the only choice. Our commerce has trumped our ideals.

These are perilous times. They are so only because the average citizen is largely oblivious to the velvet man-handling to which they are now subject. If we possessed a more active populace, we would not find ourselves so helpless in the face of partisan idiocy.

The bitter irony of it is that this erosion of faith in government is coinciding with an increasing need for consolidated, efficient government action in response to an increasingly aggressive climate. All bets are off; we are now simple victims of an unfolding theatre.

Meanwhile, in Washington, they claim bravery at dining on sea bass over partisan disagreement. By all rights, they should be eating crow.