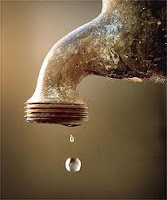 Well, this is rather fascinating: here we have a video of the Austrian businessman Peter Brabeck-Letmathe, who from 1997 until 2008 was CEO of Nestlé Group, one of the largest and most profitable corporations on the planet, talking rather frankly about the “shibboleth” that “nature is good,” about his frustration with his fellow Europeans who have this strange distaste for genetically modified foods (embracing the idea that “organic food is good,” which he considers entirely false), and about his conviction that everything on the planet–especially something like water–would be much managed much better if it could only be privately owned and have an appropriate price attached to it. The idea that access to water ought to be a human right he labels an “extreme” view.

This isn’t anything new to those who spend time listening to claims of the Davos-attending masters of our corporate-dominated governments and our world capitalist system, of course. After all, these are the job creators who are fighting global poverty and fending off the takers, don’t you know. And to be fair, probably any number of people will be quick to insist that he has a point, that efforts to protect natural resources through collective action or government policies have often failed, and so why not turn to the marketplace? After all, perhaps the massive explosion in the bottled water industry over the past 20 years doesn’t teach us a lesson about the power of advertising and the manufacturing of tastes–instead, maybe it just shows us the plain truth that there aren’t any truly public goods out there–only private ones which haven’t yet been appropriately capitalized upon yet. (The air we breathe, like the water we drink, will no doubt be next; Mel Brooks told us so.)

Prospects for Localism: An FPR Conversation