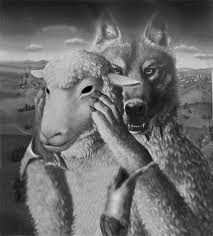 Hidden Springs Lane. Americans have recently learned that certain groups seeking non-profit status were subjected to, ahem, “heightened scrutiny” by the IRS.  It seems that groups that used words like “Tea Party” and “Patriot” were singled out for rougher treatment including requests to turn over donor lists. The President has demanded a full investigation while others have suggested that his impeachment is warranted. Incensed Republicans are vowing to hold hearings, which gives everyone the sense that something important is being done, especially if the television coverage is sufficient. But will heads roll? Will anything really change? Will the system remain intact?

This is really just another symptom of a larger and more systemic problem. Everyone seem to realize that the federal government is out of control. It is spending money at an unsustainable rate. We all know that. I imagine that our leaders, in moments of quiet reflection, admit it as well. Yet no one seems able to do anything to staunch the bleeding. Government inefficiencies are simply expected. We have all been treated to laundry lists of redundancies, misappropriations, and “misplaced” funds, yet the abuses and negligence continues apace. Those in government with the best of intentions, and there are many, seem helpless.

How to tame a minotaur whose essence is to devour? How to redirect a force whose mass is orders of magnitude larger than any one person and whose momentum has been uni-directional for decades? On the one hand, our democratic republic is a system that is intended to be responsive to the people. The Founders placed checks on the process, but they believed that the will of the majority would eventually prevail. On the other hand, from the start, power began moving toward the center and despite the warnings of various writers along the way, the steady centralization of power has been the persistent theme of our history. We have not been attentive enough to the basic fact that power, itself, tends toward centralization and that, as Tocqueville put it, the longer a democracy endures, the more centralized its power will become.

Our feeling of impotence and anger in the face of such obvious and serious problems is a toxic combination that can lead to either complacency on the one hand or revolution on the other. Neither option is compatible with ordered self-government. A democracy can only thrive when people perceive themselves as citizens with real voices who can effect real change. I fear that many Americans today see themselves primarily as subjects or beneficiaries or even victims but not as citizens.

As with so many problems of social and political order the question of scale lies at the heart of the matter. Ironically, though, intelligent discussions of scale are difficult to find. We hear some railing against “big government” but at the same time cheering “big business” as if the two are not intimately conjoined. We hear from some quarters a steady militant drumbeat but we hear no admission that the warfare state is as beneficial to the centralization of power as the welfare state. How would our thoughts and actions fundamentally change if we took seriously the importance of human scale? Would our understanding of citizenship change? Would our tolerance for the systemic abuses of leviathan change? Would we find a vantage point from which to resist and perhaps reform that which now defies serious reformation?

The recent revelation about the targeting of certain groups by the IRS reminded me of FPR’s own trials with that particular government agency. In 2010 as we were in the process of applying for 501c3 status, I received a phone call from an IRS agent (I will withhold his name). He informed me in no uncertain terms that we were obliged to present both sides of every issue. We were required, as he put it, to be “fair and balanced.” He used that exact phrase three times during our conversation. Really? Fair and balanced? Is Mothers Against Drunk Driving required, in the name of fairness, to present the side of the drunk drivers? Are Tea Party groups required to give equal time to Progressives? And vice versa? I consulted two lawyers who assured me that the agent was completely out of line. I drafted a letter indicating that I had, in fact, consulted two lawyers (and I politely implied that their legal guns were loaded). Our application was approved shortly thereafter. A minor victory to be sure. But the system remains intact, and until the entire centralized, bureaucratized system is restructured to conform to the shape and scale of human affairs, all we have in our defense are lawyers threatening to sue. It’s some comfort. But not much.