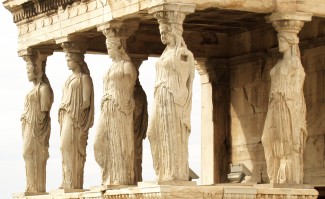 I belong to a guild. As such, I’m recognized by its practitioners as a peer, a fellow, even, like them, a master. By this I do not mean anything remotely self-aggrandizing, not  suggesting I am an exemplar or even a particularly gifted practitioner. I am, though,  a master in the old sense of someone qualified to teach apprentices. Having sufficient experience with the standards of my craft, others of similar standing, or more, recognize me as able to introduce neophytes to the proper standards of excellence, generally by introducing them to acknowledged exemplars.

Like any other craftsman, my knowledge is partial, fallible, and rooted in a school of thought; consequently, my judgments are augmented, corrected, and sometimes challenged (even discredited) by other members of the guild. Still, they’ve continued to recognize my place in their membership and thus I have prerogative to resist their perspective, even to insist on my own school.

While my own is formalized, other guilds are less structured, although certainly keeping distinctions between those who have mastered the craft and those still learning. My parents are both master farmers and ranchers, and my late grandmother a master of a certain variety of German cuisine, although the only mark of her status as master was the presence of younger women in her kitchen learning the art of making knepfle, strudel, or kuchen. Still, each inhabited their craft, each was acknowledged as having done so.

They come to mind because of an encounter with another manager type, an expert, who denies their (and my) competency to judge because our knowledge is not nearly “objective” enough, meaning, as I understand them, not quantifiable enough. Since the manager is “master” of quantification, they claim authority over the guilds, usurping and arrogating to themselves the knowledge and standards of the various practices. Never mind that the manager has no knowledge of the standards or history of standards of the various crafts, they have the supposedly objective meta-standard by which they assist the benighted and parochial to attain genuinely scientific knowledge.

But what is it they know, precisely? In early modernity, philosophy as a discipline experienced a crisis of purpose, for the sciences were doing (and better) much of what philosophers had claimed to do, so philosophy asserted itself as the meta-discipline, the arbiter of knowledge, somehow floating above this or that pursuit but still equipped to judge whether they had attained to the status of real knowledge. Of course, the philosophers couldn’t agree amongst themselves and eventually lost their authority, a crisis of mojo they still suffer. Are the new experts, like the early philosophers, masters of knowing itself, and thus able to judge the knowledge claims of others? But what reason is there to think their attempts better than the earlier philosophers’ claims?

And what ought be done when the experts’ claims to knowing what knowing is nullifies the standards internal to a particular craft? If the experts suggest that the standards of my guild are inadequate to judge the sufficiency of my own guild, hasn’t my guild thereby lost all legitimacy? Isn’t it merely a historical oddity, something which used to be a real craft until it was demonstrated to be groundless? But how is it, precisely, that the standards of one craft (in this case the experts’) has any standing at all in mine? My guild claims no authority over my parents or grandmother, nor do they claim authority over me with respect to capacity to judge whether work has been done well or not. Instead, we offer each other the respect of allowing those who’ve mastered a task judge the adequacy of their own work.

Why is it that experts are allowed to tell me that I don’t know nothing, even though they know nothing about what I do?