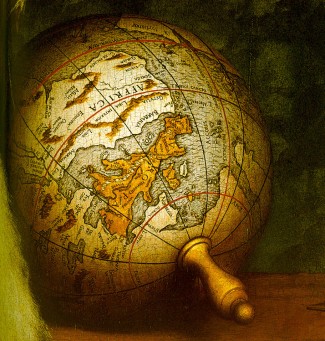 Rod Dreher’s new book, The Little Way of Ruthie Leming, seems to have struck a chord among both sympathizers and critics of Wendell Berry.  Ross Douthat, Alan Jacobs, Jake Meador, Peter Lawler, FPR’s Mark Mitchell and Russell Arben Fox, and others have weighed in on how Dreher’s book might challenge or clarify some of Berry’s ideas.  What I find missing so far from this discussion, though, is a clear articulation of the multidimensional nature of Berry’s understanding of “place.”  Without this, his pronouncement that “to be in place is good and to be out of place is evil” seems ludicrous.  Once we realize that Berry doesn’t understand place merely as a geographical term, though, Dreher’s narrative can be seen as another illustration of the complex interworkings of Berry’s notion of place along dimensions that include the geographical, chronological, communal, and hierarchical.

Alan Jacobs’s response is clarifying in its rather harsh critique of Berry.  Jacobs quotes part of Berry’s recent lecture “It All Turns on Affection” where he draws on Wallace Stegner to identify two types of people, boomers and stickers.  Boomers are motivated by greed and are always on the lookout for better opportunities elsewhere, while stickers are motivated by affection and stay faithfully in their places, working through the problems they encounter.  Jacobs sees this as a “simplistic and uncharitable” binary, arguing, “There are many reasons why people stay home, and many why they leave; and probably no single person is driven by one reason only.”  As an example he cites Dreher’s narrative to indicate the personal and complex nature of these choices.  Jacobs does praise Berry’s essays effusively, but he concludes that “about some of these matters pertaining to place — which is absolutely central to his concerns — his thinking is simplistic and Manichean and insufficiently aware of the real choices that many real people face.”

Jacobs’s one-dimensional understanding of boomers and stickers also informs his follow-up post where he questions whether Berry’s notion of place is compatible with Christianity.  Since Jesus and Paul and the missionaries that followed did not remain in one place, Jacobs argues, the spread of Christianity depends on boomers.  Yet the fuller meaning that Berry attributes to place, and the coincidence of this with the life of Jesus, can be glimpsed in Jayber Crow, when Jayber learns to submit to his place before God by praying the prayer of submission and obedience that Jesus prays in the Garden of Gethsemane.  Jesus was acutely aware of his place in time and in community, and while Jacobs is right to claim that Jesus lived a peripatetic life, what seems more remarkable given his mission to save the world is that he spent most of his life within a radius of about seventy miles.  He had a very placed ministry.

Yet while I’ve critiqued Jacobs’s overly-narrow reading of Berry’s conception of place, such an understanding of Berry’s work is quite common and has some justification.  The lecture that Jacobs cites, “It All Turns on Affection,” is more binary and simplistic than other essays where Berry addresses boomers and stickers.  In an earlier essay, “The Conservation of Nature and the Preservation of Humanity,” Berry is more careful to define the terms “boomer” and “sticker” as conflicting internal desires.  He warns against seeing these as categories of people, arguing instead that they differentiate between parts of individuals.  As Berry writes, “All of us, I think, are in some manner torn between caring and not caring, staying and going.”   The choice to root ourselves in place is not a clear-cut, one-time choice.  Rather, it is a long process of refining and ordering our affections, of choosing to submit to the limits of our place rather than to fulfill our individual desires.

The larger problem underlying this sort of misreading of place in Berry’s work stems from a lack of engagement with his fiction.  As Jake Meador observes, Berry’s essays are incomplete without his fiction: “If the only thing you read is The Unsettling of America Berry may well come off as an angry white environmentalist with a shocking streak of naiveté. But if you read Jayber Crow, A Place on Earth, or Fidelity, you begin to become acquainted with the entire world associated with the place of Port William and you begin to understand that the place is more than just a physical place, but an entire world and culture marked by certain long-held-and-now-forgotten beliefs.”  I know for myself that if I had not first read Berry’s fiction, his essays would have seemed incorrigibly grumpy; they are occasional, contrarian, prophetic, and provocative and aren’t meant to offer his full vision.  It is in his fiction that Berry imagines in more complete ways the complex choices that individuals face as they struggle to work out what it means to be placed.  Rod Dreher has responded with a similar defense of the power of imaginative stories to those who wished that he would have provided a clearer theoretical articulation of the value of place.  Dreher sees merit in such work, but he writes that he didn’t want to make normative pronouncements about how other people should lead their lives; what we need isn’t more arguments about place but more stories, or to use the title of his post, “more cowbell!”

Ross Douthat’s recent critique of an agrarianism overly focused on geography perceptively points out the limitations of such a localism: “a communitarianism that just tells people to “stay put!” more generally, whether in cities or suburbs or exurbs, is likewise insufficient … because to a surprising extent, Americans are already doing just that.”  Douthat thus concludes, rightly, that “place alone is not enough.”  As indicated by Douthat’s observations about the loneliness contemporary Americans experience, Americans may be sticking to their geographical places, but they aren’t placed in the full sense of the word because they aren’t sticking to their communal, temporal, and hierarchical places.  Many people are stuck in a place without being rooted to it in all its dimensions.  The pettiness that can define small town life is the paradigmatic example of this.  Yet as Dreher discovered, the solution is not necessarily to leave such rural places and never come back; rather, it is to work out one’s place more deeply, in all its complex interconnections.

Mitchell agrees in his response when he writes that “Douthat is exactly right that simply extolling the virtues of place or idealizing the rural life is simply inadequate. While the embodied nature of human existence suggests that particular places matter, place is not a sufficient condition for healthy communities.”  The core issue, according to Mitchell, is limits: “As many FPR writers have argued, a central pathology of our day is a denigration of every sort of limit.”  These are the limits that we violate when we act as if we are not creatures who are placed in space, in time, in community, and in creation.

The fully imagined place that Berry’s fiction ushers us into is not simply a geographical location.  Rather, it’s a rich tapestry whose strands include geography, time, community, and God, and in which individual characters must carefully learn to trace their own thread.

This is the context of Berry’s bold claim that “to be in place is good and to be out of place is evil.”  His sentence continues, “for where we are with respect to our place both in the order of things and on earth is the definition of our whereabouts with respect to God and our fellow creatures” (“Poetry and Place” 192).  The key phrase here is “the order of things”; this is an order with many dimensions.  In this essay, Berry describes this order with reference to the medieval chain of being, and elsewhere he defines it as “the Great Economy” or the biblical “Kingdom of God.”  These orders place individuals within a complex harmony or pattern.

The same pride that leads some people to disregard the limits of their physical place leads others to deny their spiritual or communal place.  As Berry explains, “humans are so placed in the Chain—between angels and animals, partaking of both ‘natures,’ tempted toward both—as to endanger it.  What threatens the integrity or wholeness or health of Creation is human pride; this goes to the roots of both the Greek and the Judaic lineages of Western culture” (“Poetry and Place” 146).  So the humility cultivated by sticking in our physical place also helps us to remain in our proper hierarchical and communal place.  This is why Berry returns often to The Odyssey and Paradise Lost: these stories narrate home in this holistic sense and so illustrate the interconnections between the different dimensions of place.

In a parallel way, the title of Berry’s latest collection of short stories, A Place in Time, suggests his concern with how we locate ourselves within our traditions.  In fact, he’s made an explicit comparison between his choice to stick it out on a “marginal” farm and his identification as a “marginal” member of the Christian tradition (Conversations with Wendell Berry 192).  Many of us treat the past as we treat the earth: we extract what resources we can easily get from it and then move on.  Berry’s decision to tend and care for his abused tradition, however, parallels his decision to nurture a “marginal” farm whose previous owners exploited and damaged it.

Berry’s call is for our culture to work out more complex forms of belonging, forms adapted to our physical place, but also to the other aspects of our creaturely status.  Berry’s writings consistently remind us that we are contingent beings who find liberty and health only when we observe limits, and hence whose posture should be one not of pride and greed, but of affection and gratitude.  This posture is what differentiates boomers and stickers.

The affections and virtues that are cultivated by sticking in a geographical place are also those that help us to find our place with respect to time, to our fellow humans, to the rest of creation, and to God.  Belonging to place in a healthy way requires a complex negotiation of all these dimensions, so yes, physical place is vital to Berry’s thought, but it can’t be separated from the other ways in which he thinks humans ought to be placed.

It’s too easy to dismiss Berry’s thought by saying that since we can’t all move back to some idyllic, rural home, we don’t need to pay attention to him.  Berry doesn’t believe in some idyllic past, and he doesn’t think everyone should live on a farm.  He’s arguing something much more radical, in the literal sense of that word, when he claims that “to be in place is good and to be out of place is evil.”  Fortunately for us, we can acknowledge our creaturely limits and express proper gratitude even when we’re geographically placeless.  Indeed, if we could not, how could we ever find our way back home?