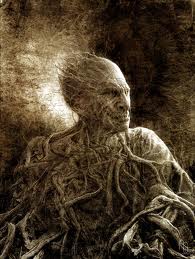 Hidden Springs, VA. Recently Ross Douthat commented on Rod Dreher’s new book in a column devoted to the rising incidence of suicide and the problem of loneliness. In a follow-up blog entry, Ross continued his reflections on Rod’s book and the idea of rootedness. He does this as a means of reflecting on the “Front Porch Republic style of conservatism” which emphasizes the idea of rootedness in a particular place. Douthat quotes from a piece by Damon Linker who described this alternative form of conservatism under the title, “The New Anti-Urban Ideology of Ruralism.” Here’s Linker:

When Dreher resolved to follow Ruthie’s “little way” by giving up his life on the East Coast, returning to rural Louisiana, and writing a book defending the decision, he placed himself firmly in the camp of conservatives who congregate at a website called Front Porch Republic and contribute regularly to The American Conservative … Unlike the leaders of the mainstream conservative movement, Patrick Deneen, Mark T. Mitchell, Russell Arben Fox, Jeremy Beer, and the other “Porchers” have little interest in engaging with inside-the-Beltway power politics. Instead, they prefer to act as gadflies, denouncing the imperial ethos and influence-peddling that dominates Washington, as well as the boundless greed that drives would-be Masters of the Universe from around the country to seek their fortunes on Wall Street and in Hollywood and Silicon Valley.

Influenced by an eclectic range of thinkers, including sociologists Christopher Lasch and Philip Rieff, political theorist Wilson Carey McWilliams, Catholic philosopher David Schindler, and poet and essayist Wendell Berry, the Porchers see conservatism as a disposition or way of living locally, within moral, religious, economic, and environmental limits, in tightly knit, sustainable community with neighbors and the natural world. If they have a rallying cry, it’s “Stay Put!” Or, in Dreher’s case, “Go Home!”

Ross expresses some sympathy for the Porcher brand of conservatism; however, he has some reservations. Here’s the heart of it:

As a sympathetic but also sometimes skeptical observer of the “Front Porch Republic” style of conservatism, I think the distinction suggested here — between a philosophy of rootedness and a philosophy that just stresses “place” in general or idolizes the rural life in particular — is central to Porcherism’s ability to offer a realistic response to the ills of contemporary American life. A communitarianism that just suggests that everyone should find their own St. Francisville is obviously unresponsive to the reality of a post-agrarian society, but a communitarianism that just tells people to “stay put!” more generally, whether in cities or suburbs or exurbs, is likewise insufficient … because to a surprising extent, Americans are already doing just that.

Douthat goes on to point out that according to the most recent census data, Americans are staying put more now than in the past. This, of course, could be due to declining economic opportunities rather than a renewed commitment to rootedness. A society of  despairing, lonely, settled individuals is no significant improvement.

Several things should be pointed out in this discussion and I am primarily concerned with correcting some misconceptions.

First, the title of Linker’s piece reflects a view that has frequently been attributed to FPR, but it is not accurate. While many (but not all) of FPR’s writers have a marked preference for rural communities and small-towns, there is nothing in the ideas central to FPR’s ethos that precludes healthy cities and urban areas. Two years ago I wrote a piece suggesting that Wendell Berry’s ideas in many ways complement the new urbanism of Jane Jacobs and James Howard Kunstler. Indeed, if FPR denies the possibility of living well in a city, we might as well close up shop. Cities, as well as rural areas and small towns, need the careful attention of individuals committed to their health and success, for none of these places are automatically and necessarily conducive to human flourishing.

At the same time, Linker is correct that writers at FPR, unlike many mainstream conservatives, are convinced that the imperial tendencies of the national government are part of a larger problem that includes influence peddling and incestuous ties with Wall Street. That is an essential connection and those who focus on big government but give big business a pass (many in the Tea Party) will continue to be ineffective just as those who rail against big business and corporate corruption but ignore the problem of government over-reach will remain on the margins (the Occupy Wall Street crowd).

Second, Douthat is exactly right that simply extolling the virtues of place or idealizing the rural life is simply inadequate. While the embodied nature of human existence suggests that particular places matter, place is not a sufficient condition for healthy communities. A commitment to a place—that is to say, rootedness—is generally speaking necessary for the formation of strong communities, for sharing a particular place over time provides the context for the formation of trust, local knowledge, and a shared past, which creates the possibility of imagining a shared future. However, stability is not enough. FPR’s tagline—Place, Limits, Liberty—gets at this notion. As many FPR writers have argued, a central pathology of our day is a denigration of every sort of limit. When limits are seen as an affront to individual liberty, the limits imposed by a particular place or a particular community will be seen as oppressive. The limits imposed by nature or even by God will be understood in the same light. It would seem that place and limits go hand-in-hand, and a form of stability generated by a faltering economy is a far cry from the kind of stability born of commitment to a particular place and its people and a willingness to bend to the limits  imposed by that place.

A commitment to absolute liberty denies limits and thereby denigrates the limits intrinsic to a place. And as philosophers have long argued, an absolute form of liberty is unstable and will tend toward its opposite. At the same time, the ideal of place without liberty is the oppressive nightmare of those critics of community who see only limitation but no benefits. Therefore, the triad, Place, Limits, and Liberty must be understood together, each leavening and qualifying the other.

To flesh out the FPR mission more concretely, we seek to advance human flourishing through the promotion of political decentralism, economic localism, and cultural regionalism. In this light, it is clear that a central concern for FPR is the notion of localism in all its forms: political, economic, and cultural. This is rooted in the belief that human institutions exist to facilitate human flourishing; thus, for instance, the economy, like the Sabbath, is made for human beings and not the other way around. While it is possible in this light to acknowledge the role of the nation state and even international bodies, the governing idea for a localist is the principle of subsidiarity. Subsidiarity disposes individuals toward local places and human scale institutions and solutions. We are, after all, seeking to articulate the forms of life that runs counter to that which is inhuman, anonymous, and ultimately lonely. Some mainstream “conservatives,” married to the idea of an American Empire and infinite economic growth, find this vision laughable and even threatening. Some self-identified liberals find it attractive. This indicates, at the very least, the paucity of our current political and cultural language and the need to rethink current alignments.

Cultural trends suggest that localist ideals are on the rise. Economic difficulties brought on by a generation and more of excessive public spending will open up new possibilities. Serious difficulties lie ahead, but opportunities abound.

A Selfish Prayer for Basketball and Cottonelle