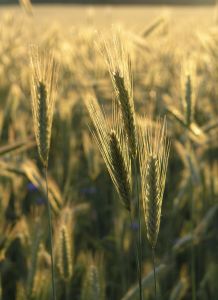 In a recently popular documentary, Rosie, a 5th-grader from a small town in Colorado, describes how she often goes to bed with an empty pit in her stomach. Sometimes the hunger is so bad that she can’t concentrate in school. Her mother works at a diner, making sometimes as little as $120 every two weeks. They survive, partly on the generosity of their church and a local food bank. Still, it’s tight.

The documentary—A Place at the Table­­­—brings to the fore the issue of hunger in America. According to the USDA, 47 million Americans are recipients of the Supplemental Nutrition Assistance Program (SNAP), or food stamps. The USDA classifies these folks as “food insecure.” Translated: 47 million Americans don’t necessarily know where their next meal is coming from.[1] The film’s solution to this problem? The American people should petition Congress to allocate more taxpayer dollars toward improving the school lunch program.

In 1969, almost 3 million Americans qualified to receive SNAP benefits, costing the US government around $250 million. In 2012, the government spent nearly $80 billion to feed 47 million. But despite all this spending, we find that Americans are perhaps poorer, fatter, and sicker than ever.

The reality is that the issue of food is multi-faceted and highly complex, and extends beyond the issue of hunger into issues of health and human flourishing. If we really want to find a way to make sure everyone in America is well-fed—sustainably and nourishingly fed—we have to look at the issue from all angles.

We must first understand that America’s problem is not with quantity. There has never been a question as to whether or not America has enough food to feed its people. Those “amber waves of grain” are still swaying. And nearly every American has a great deal of access to these fields, particularly in the form of highly processed corn, soybeans, and wheat. And here we see that the real issue is one of quality.

There are a variety of reasons why people choose to eat highly processed foods that are high in sugar and sodium and low in nutritional value. Preference and habit, of course, can’t be dismissed. Many folks, rich and poor alike, prefer a bag of potato chips to a bag of spinach. Still, there are other factors at play beyond preference.

In a scene from A Place at the Table, Rosie’s family receives several grocery bags filled with food—a contribution from the local food bank via the family’s church.  Excited, Rosie kneels on the floor and digs through the bags, pulling out packets of graham crackers, chips, and other snack foods.

“Sometimes I will admit I do feel a little bit guilty because it’s starch, it’s lots of carbohydrates, it’s lots of sugars and other chemicals,” says Leslie Nichols, Rosie’s teacher and a volunteer with the food bank. “In a perfect world you’d want it to be as well balanced as you could make it, but the reality is, you get what you can, and giving something is certainly more than nothing.”

Families like Rosie’s suffer, not from the traditional understanding of hunger (a lack of food), but from what could be labeled “nutritional hunger,” a lack of nourishing food. Often, families struggling to put food on the table will opt for higher calorie foods that cost less than produce and lean meat that tend to cost more. Because of this, studies have revealed that there is a close correlation between food insecurity and obesity.

One of the key reasons behind the cost disparity between a bag of chips and a bag of organic spinach is the presence of government policies, like price controls and subsidies of mega-farms. These multi-billion dollar subsidies often go to commercial producers of crops like corn and soybean. This ultimately deflates the cost of the ingredients most commonly used in sugary, highly processed foods.

“Price controls and multibillion-dollar farm subsidies prop up corporate agribusiness and discourage smaller producers from trying to find alternative market niches,” writes John Schwenkler, Assistant Professor of Philosophy at Mount St. Mary’s University, in The American Conservative. “Real local autonomy—setting regulatory standards that do not conform to national or international ones, restriction or taxation of imports or exports, and preservation of place-specific forms of agriculture and animal husbandry—is undermined because it makes for economic inefficiency.”

Another significant issue is education. In an economy in which our food is often grown, processed, and packaged halfway across the country, there is an increasing disconnect between people and the production and preparation of what they put in their mouths. In a recent column Indianapolis Star report Erika Smith writes about a conversation she had with Isaiah Kuperstein, president of Double 8 Foods, about the trouble he has trying to sell a wide variety of fresh produce at an urban grocery store chain.

“We don’t sell eggplant. I love eggplant. I wish we could sell it,” he told her. “But when we put it out, people don’t know what it is and don’t appreciate it.”

Americans often don’t understand where their food comes from, nor do they know what to do with it in its most basic forms. What was once common knowledge—canning vegetables, for instance—is now a hobby rather than an annual routine of living.

And then there is the problem of access. According to a 2009 report, approximately 2.4 million Americans households live more than a mile from a supermarket and don’t have access to a vehicle. Areas where there are few or no grocery stores have become popularly known as “food deserts.” Such places are most often found in rural areas or urban centers with high minority populations, places like West Oakland, California, for instance. For those who live in food deserts and don’t have access to a vehicle, convenience store fare is often a replacement for food from a grocery store. Bank redlining and various government zoning efforts have contributed to the growth of food deserts.

We have also forgotten the place of community in relation to our food. Increasingly, eating has become a solitary activity for many, done only with the “company” of one’s television set or computer screen. In such cases, the consumption of food becomes a utilitarian undertaking rather than an opportunity to engage with one another and with the cook and with the Creator.

Schwenkler writes: “We are not just what we eat but how we eat. The cultivation and consumption of our meals are activities as distinctively human as walking, talking, loving, and praying. Learning to regard the meal not merely as something that fills our bellies and helps us grow, but as the consummate exercise of beings carnal and earthbound yet upwardly and outwardly drawn, is a crucial step in the restoration of culture.”

Toward a Nourished Nation

As these factors illustrate, the solution to America’s food problem is not going to be solved overnight.  A Place at the Table points out that since 1980 the number of food pantries in the US has jumped from 200 to 40,000 to respond to the needs of hungry Americans. Admittedly, food pantries are not long-term solutions, but their proliferation does highlight the fact that the American people will respond to need when it arises.

Across the country, individual citizens, churches, small and large businesses, and charities are working hard to get Americans well-fed. As we have explored this issue, we have discovered that the groups that are making the biggest difference are those that emphasize the following:

People who feel a sense of control over producing, purchasing, and cooking their own food tend to eat healthier. Rev. Robert Jeffrey, founder of Seattle’s Clean Greens Farm and Market, says in an article in YES! Magazine, “Inner-city people are tired of others creating things for them and expecting them to participate with no direct benefit.”

Regardless of income bracket, people want to have a say about their food. Groups like Austin’s Sunshine Community Gardens fosters ownership by allowing members to cultivate their own plots of land at a minimal cost. Similarly, efforts like the Growing Justice Institutein West Oakland are allowing community residents to find solutions to their neighborhood’s food desert issue.

As grocer Kuperstein puts it, if you don’t know how to prepare an eggplant, you’re not going to buy one. And you’re certainly not going to eat one. Groups like So All May Eat Café in Denver that teach people how to cook with a wide variety of fruits and vegetables are producing long-lasting change in their customers’ eating patterns.

Despite how healthy something might be, if you can’t afford it, you’re not going to buy it. Panera Bread and a range of community cafés across the country are experimenting with a pay-as-you-can model that allows the poor to eat nutritiously at lower-than-market rates, while giving others the chance to fill in the gaps by paying a little more.

The problem of hunger, nutritional or otherwise, can only ultimately be solved when people have the purchasing power to make healthy choices. Groups like the People’s Community Market that are helping people acquire skills that will help them get well-paid jobs are looking toward a long-term solution over and above a quick fix.

Lastly, Americans are happier and healthier when we eat together, not alone. Groups that view the individual as a part of the larger community help those without food security connect with those who can help them put healthy food on their tables. After all, we are more than what we eat. Perhaps more accurately, we are who we eat with.

This article originally appeared in Trends in Social Innovation, an e-magazine celebrating the creative powers of community entrepreneurs.

[1] This doesn’t mean that all 47 million of these Americans are actually hungry, just they have some trouble putting food on the table consistently. Of that number, there are some who surely go hungry on a consistent basis.