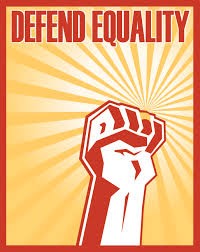 Hidden Springs Lane. Rod Dreher has recently been pointing out (for example here) the various ways that those who voice public opposition to certain positions (especially gay marriage) are routinely denied their right to voice an opinion. The freedom to dissent is trumped by an unimpeachable orthodoxy, and to buck the orthodoxy is to incur the wrath of the faithful who seem all too willing to squelch the dissent.

Case in point is the removal of new Mozilla CEO Brendan Eich. It was recently made public that in 2008 Eich contributed $1,000 to support California’s Proposition 8 campaign against gay marriage. Guardian columnist Matt Andrews, expresses his absolutism in seemingly moderate terms.

An organisation should not be treated as a single homogeneous hivemind, with all employees sharing the same viewpoints. Diversity of belief and opinion is an important asset to a modern, innovative company. But issues of equality are more than just matters of conscience. These are the things that define us, our attitudes and our actions.

As we have all learned, Eich “voluntarily” stepped down. Here is the statement released from Mozilla:

Mozilla prides itself on being held to a different standard and, this past week, we didn’t live up to it. We know why people are hurt and angry, and they are right: it’s because we haven’t stayed true to ourselves. We didn’t act like you’d expect Mozilla to act. We didn’t move fast enough to engage with people once the controversy started. We’re sorry. We must do better. Brendan Eich has chosen to step down from his role as CEO. He’s made this decision for Mozilla and our community. Mozilla believes both in equality and freedom of speech. Equality is necessary for meaningful speech. And you need free speech to fight for equality. Figuring out how to stand for both at the same time can be hard. Our organizational culture reflects diversity and inclusiveness. We welcome contributions from everyone regardless of age, culture, ethnicity, gender, gender-identity, language, race, sexual orientation, geographical location and religious views. Mozilla supports equality for all.”

The key concept in both quotes is “equality.” Equality is the chief political and social value of our time. It is the conceptual lens by which most people see the moral and political world. If you don’t believe me consider the difficulty of championing hierarchy. Or running on the “I love aristocracy” platform. These would be seen by most as indicators of a serious social pathology.

Our love of equality is not new or surprising; although, the extent and degree may be. Writing in the 1830’s, Alexis de Tocqueville noted that a great revolution was taking place. This revolution consisted of a seismic shift from social structures characterized by hierarchy (aristocracy) to social conditions characterized above all else by equality. Two observations from Tocqueville help bring our current situation into focus. First, he writes: “When inequality is the common law of a society, the strongest inequalities do not strike the eye; when everything is nearly on a level, the least of them wound it. That is why the desire for equality always becomes more insatiable as equality is greater.”

Second: “I think that democratic peoples have a natural taste for freedom; left to themselves they seek it, they love it, and they will see themselves parted from it only with sorrow. But for equality they have an ardent, insatiable, eternal, invincible passion; they want equality in freedom, and, if they cannot get it, they still want it in slavery. They will tolerate poverty, enslavement, barbarism, but they will not tolerate aristocracy.”

We live at a time in history when equality of conditions is the ideal and, certainly in comparison to the vast sweep of history, we have achieved a level of social and political equality that is unprecedented. Consider what it means historically that all citizens over 18 years of age are eligible to vote. Consider the significance of the fact that anyone meeting a certain age requirement can hold political office. Slavery has been outlawed. Women have the franchise. On the social front, all citizens are free to travel and live where they will. Employment is open to those best suited to the position regardless of race or gender.

Before anyone chimes up with examples of unequal treatment, let me simply agree: there are plenty of lingering inequalities, most of them informal rather than legal. However, I am merely seeking to establish a point: social and political conditions today are far more equal than ever before. That, it seems to me, is simply irrefutable.

But, let’s consider one more feature of equality: it will never be achieved. (Some inequalities will always be with us, and it may be the case that some inequalities are beneficial. For instance, most would agree that some moral positions are superior to others. Even the champions of equality seem to argue that equality is not equal with inequality. Thus, they affirm the goodness of inequality even as they advocate equality.) If it is true that equality will never be fully realized, and if in an age of increasing equality inequalities will produce acute offense, then we should expect to see a society of perpetually offended citizens desperately chasing the elusive goal of equality. Indeed, the language of offense is the stock and trade of our time. Want to shut down a debate? Inform your opponent that what he or she says offends you. Offense is not rational, but in our age it is an effective trump.

Now let’s turn to what Tocqueville says about the relationship between freedom and equality. In ages of equality, people will naturally love freedom, but if freedom and equality ever come into conflict, people will choose equality at the expense of freedom. What is made painfully clear by the Eich case is something that should leave us all cold. The most fervent champions of equality appear to be quite willing to sacrifice freedom—at this point, the freedom of others—so long as they remain convinced that the elusive goal of equality is being advanced.

Perfect equality will never be achieved, but we have reached a stage in the “progress” of equality where inequalities animate with a religious zeal the very people most willing to exchange freedom (at least the freedom of other people) for the promise of the dream. They don’t yet realize that when freedom is compromised in such a fashion, it is only be a matter of time before the freedom of all is in jeopardy. As the Eich incident shows, a love for equality is even now eclipsing freedom.

Aristotle on Talking to Yourself

Education and the Quest for Association