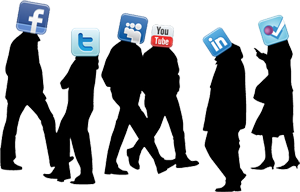 “We have a world bursting with new ideas, new plans, and new hopes.  The world was never so young as it is today, so impatient of old and crusty things.”  So wrote Walter Lippmann in 1912.  Of course, the world seemed young because Lippmann himself was young, a wunderkind journalist in his early twenties when he penned those words.

Lippmann embodied the optimism of the progressive era, animated by a faith in democracy, liberal reform, and charismatic leadership.  Here was the triumvirate that would redeem a corrupt, unjust, and hidebound political system.  Progressives looked to the likes of Theodore Roosevelt and Woodrow Wilson to do just that.

Within two years, of course, war erupted, beginning in Europe, but eventually enveloping the United States.   The ideas, plans, and hopes to which Progressives such as Lippmann subscribed turned into ash.  Old and crusty things – hatred, bloodlust, fanaticism – returned with a vengeance, bringing in their trail revolution, totalitarian ideologies, economic calamity, and genocide.  Lippmann later recanted his youthful enthusiasms, viewing his fling with progressivism as a never to be repeated folly.

Fast forward a half-century and members of another notably self-assured generation of young people – my fellow Baby Boomers – discovered their own world bursting with new ideas, plans, and hopes.  In 1962, a Boomer manifesto laid out its blueprint for doing away with old and crusty things.  The authors of the Port Huron Statement envisioned “a world where hunger, poverty, disease, ignorance, violence, and exploitation are replaced as central features by abundance, reason, love, and international cooperation.”  Ours was the generation that would repair a broken world.

Yet several decades later progress toward fulfilling such grandiose aspirations remains fitful.  Boomer achievements have fallen well short of their own youthful expectations.  In practice, power harnessed to advance the common good took a backseat to power wielded to remove annoying curbs on personal behavior.  To navigate the path marked “liberation,” Boomers took their cues not from philosophers and priests, but from rockers, dopers, and other flouters of convention.

No doubt the Boomer triumvirate of radical autonomy, self-actualization, and contempt for authority, a. k. a., sex, drugs, and rock-and-roll, has left an indelible mark on contemporary culture.  Even so, the old and crusty things against which they passionately inveighed persist, both at home and abroad.  Love and reason have not supplanted violence and exploitation.  Viewed in retrospect, the expectations that Boomers voiced back in the Sixties appear embarrassingly naïve and more than a little silly.

Now, with the passing of yet another half-century, another youthful cohort purports to see big change in the making.  With Progressives gone and forgotten and Boomers preparing to exit the stage, here come the so-called Millennials, bursting with their own ideas, plans, and hopes.  They too believe that the world was never so young (or so plastic) and they seem intent on making their own run at banishing all that is old and crusty.

Millennials boast their own triumvirate, this one consisting of personal electronic devices in combination with the internet and social media.  In addition to refashioning politics (the Progressives’ goal) and expanding personal choice (a Boomer priority), this new triumvirate offers much more.  It promises something akin to limitless, universal empowerment.

Today’s young welcome that prospect as an unvarnished good.  “You’re more powerful than you think,” Apple assures them.  “You have the power to create, shape, and share your life.  It’s right there in your hand.  Or bag.  Or pocket.  It’s your iPhone 5s.”

Here for Millennials is what distinguishes their generation from all those that have gone before.  Here is their Great Truth.  With all the gullibility of Progressives certain that Wilson’s Fourteen Points spelled an end to war and of Boomers who fancied that dropping acid promised a short cut to enlightenment, they embrace that truth as self-evident.  The power that they hold in their hand, carry in their bag, or stuff in the pocket of their jeans is transforming human existence.

To a historian, the credulity of the Millennials manages to be both touching and pathetic.  It is touching as a testimonial to an enduring faith in human ingenuity as panacea.  It is pathetic in its disregard for the actual legacy of human ingenuity, which is at best ambiguous.

In that regard, the so-called Information Age is unlikely to prove any different than, say, the Nuclear Age or the Industrial Age.  Touted as a vehicle for creating wealth, it increases the gap between haves and have-nots.  Promising greater consumer choice, it allows profit-minded corporations to shape the choices actually made.  While facilitating mass political action, it enhances the ability of the state to monitor and control citizens.  By making weapons more precise, it eases restraints on their use, contributing not to the abolition of war but to its proliferation.

While empowering me, in other words, information also empowers them.  Thus do the old and crusty things gain a new lease on life.

“There is no arguing with the pretenders to a divine knowledge and to a divine mission,” an older and wiser Walter Lippmann reflected.  “They are possessed with the sin of pride.  They have yielded to the perennial temptation.”  Having thus yielded, the pretenders will in their own turn be obliged to pay for their transgressions.

Andrew J. Bacevich is professor of history and international relations at Boston University.