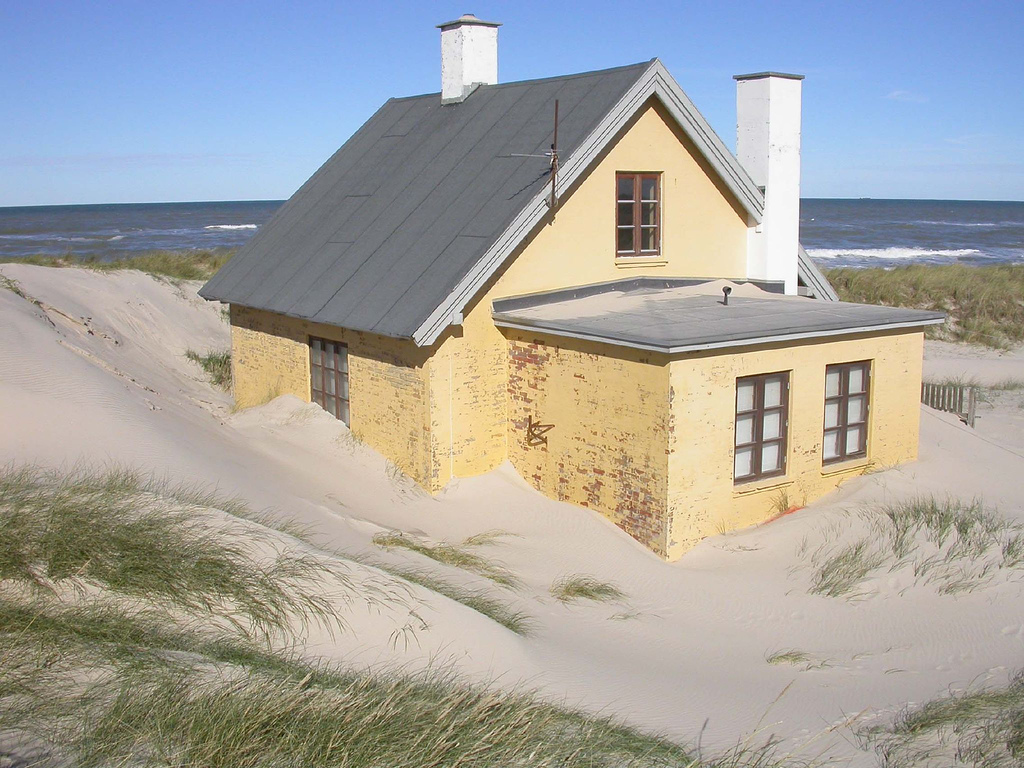 In the summer of 2004, I packed all of my worldly belongings into a small U-Haul trailer and made the trek from Central Texas to the Florida Panhandle. I was going to begin a two-year clerkship with a federal judge in Pensacola. Only a few miles from the western edge of the state, Pensacola is known for its picturesque beaches and beautiful weather. The weather is nice, but not always.

“Don’t they have a lot of hurricanes in Florida?” my mother asked me apprehensively shortly before I left. It was her habit to worry, as mothers do. I explained there was nothing to worry about. Yes, Florida did sometimes get hit by hurricanes. But that was the eastern part of the state, the part with coastline running along the Atlantic Ocean. Pensacola was on the western side, protected from serious damage by the rest of the state’s jutting peninsula. To be hit by a hurricane, the storm would first have to pass below Florida’s southern tip, then swing due north, a sequence of events that almost never happened.

I don’t remember if I adopted a patronizing tone when I gave this explanation. I do know that my timing could not have been worse. Three weeks after I arrived, Hurricane Ivan made landfall in Pensacola, demolishing hundreds of homes and damaging many thousands more. Flooding and power outages meant that it was several weeks before I was able to return to work. The scale of the damage was immense, more than $18 billion in total. The human cost was also significant, with many stuck in FEMA trailers indefinitely.

The rebuilding efforts were impressive. But there was also something more than a little odd about them. While I admired the defiant spirit, I also wondered about the wisdom of building so many homes so close to the water. In Pensacola, the desire to be near the beach was so strong, they even built out on barrier islands, small strips of beach connected to the mainland by bridge.

In one sense, it was perfectly understandable. It’s nice being near the beach. But as events had just demonstrated, it also made you quite vulnerable. Contrary to what I had told my mom, hurricanes are not an unrepeatable event. The next year, the area was hit again by Hurricane Dennis (though the damage was not nearly as severe), and by the time I finished my clerkship in 2006, the nation had suffered through several other major storms, most notably Katrina.

I couldn’t help but think of the words from the seventh chapter of Matthew:

In America, of course, foolishness is not just allowed; it’s eligible for a government subsidy. One of the big disincentives to building in vulnerable areas is the cost of insurance. The greater the chance a property will be damaged by extreme weather (say, because it’s built in a floodplain), the more it should cost to insure. The added expense can discourage overdevelopment, while not preventing it for those still willing to take the risk. In practice, however, the government has systematically undermined this brake on building by offering its own cut-rate insurance coverage for these areas. Since the money collected in premiums isn’t sufficient to pay for the inevitable losses, taxpayers ultimately make up the difference.

The biggest of these programs, such as the National Flood Insurance Program, are federal. But states are not immune to this kind of silliness. In Texas, for example, we have the Texas Windstorm Insurance Association, a state-run agency that provides coverage against hurricane and wind damage in specified coastal regions. The agency is supposed to be an insurer of last resort, but its rates are so low that it has ballooned in size, increasing its potential exposure far beyond its ability to pay.

All of this is having a real effect. It’s become common to blame extreme weather on climate change. And certainly the damage due to extreme weather events has been increasing. Read beyond the headlines, however, and what you find is that the main reason storm damages have increased is that people have been moving to storm-prone areas. We have literally been moving into the path of storms, and government subsidies have been a big factor in allowing people to do that.

These programs weren’t created out of malice. As someone who’s lived through a couple of big storms, I know just how heartbreaking the situation can be. People can see all of their earthly possessions swept away overnight. The desire to help people in such situations, to make them whole, is perfectly natural. But the way we have been doing so has set us up for even more heartbreak down the road.

Josiah Neeley is the Texas Director for the R Street Institute. His work has appeared in The American Conservative, The American Spectator, The American Interest, and other publications that don’t include the word “American.”