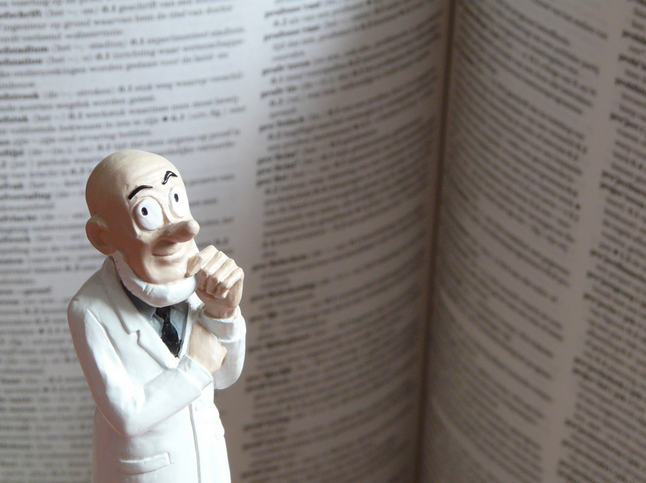 In the thirty years since writer-professor Eric Zencey first published his essay “The Rootless Professors” in the Chronicle of Higher Education, much has changed, and much hasn’t, regarding academe’s reputedly rootless ways.

“As citizens of the cosmo-polis, the mythical ‘world city,’ academics are expected to owe no allegiance to geographical territory,” Zencey lamented three decades ago this month. “They’re supposed to belong to the boundless world of books, and ideas and eternal truths, not the infinitely particular world of watersheds, growing seasons, and ecological niches.” Consequently, Zencey opined, many professors are “systematically blind to some of the crucial elements of an integrated life — the life that is one of the primary goals of a liberal arts education — and to the values of connectedness to place.” He reminds us that rooted professors have historically faced discrimination in hiring and retention, their very locality, worn proudly, seeming to cheapen their cosmopolitan cachet and perceived market value.

A generation and a half later, much has changed, and much hasn’t, on the thirty-year anniversary of Zencey’s wake-up call. On one hand, local is all the rage; bustling Saturday-morning farmers’ markets in university towns like Madison, Iowa City, and Berkeley abound with Birkenstock-wearing professors militant in their preference for locally-produced goods. Likewise, on Friday nights, academics characteristically prefer the civic and communitarian feel-goods associated with choosing the local micro-brew or “craft beer” over the played-out, has-been national brands of their parents’ generation.

And yet for all the ways liberal education has belatedly embraced the local and the place-based since 1985, the symptoms of rootlessness in academe continue to wax rather than wane among students, professors, and administrators alike. Consider:

— America’s colleges and universities, particularly those in suburban and rural areas, continue to militate against students’ love of home. In the guise of improving retention and student engagement, we shame our students for going home on weekends, spending lavish amounts on concerts and hypnotists and comedians as programmatic opiates and circus-level entertainments sufficient to keep the “homers” on campus long enough to turn them into cosmopolitans more like their professors. Meanwhile, community colleges and small liberal arts campuses like mine that draw 75 to 80 percent of their students locally are widely and wrongly disparaged as “commuter schools” by elitists, and yet they have gained market share precisely because they have helped students build bridges between “dual citizenships” at home and at school.

— Rooted, and especially native professors, continue to face the most naked forms of discrimination. In academe, the term “national search” is taken as a point of perverse pride, a measure of ultimate, discernment, and a litmus test of serious-minded dedication to quality. If the tenure-track search is important, you can bet it will be “national,” which is to say international in a world of transglobal scholars and scholarship. The assumption here is an especially pernicious one, as it implies the necessity of going outside the university’s home region to find an applicant worthy of the job. And yet strangely, the same members of the search committee who sanctimoniously preferred the national or transnational scholar over the local one can predictably be found at the community farmers’ market on Saturday morning, where they consider procurement of the local or regional as the gold standard and a byproduct of both benevolent liberal education and conscientious consumerism.

— While progressive educators and administrators pay lip service to the idea of good local and regional citizenship, the displaced, locality-disparaging professors they continue to hire develop a definition of “home” that grows ever more grotesquely abstract and distanced. For the current generation of academics being within a “day’s drive of home” is considered a professional lark; meanwhile academe has become a poster child nationally for LDRs, Long-Distance Relationships. In a 2010 piece published in the Chronicle, pseudonymous professor “C.P. Williams” notes of her own LDR, “as commuting relationships go, we were fortunate; our two cities are linked by a seven-hour drive.” Among today’s cadre of rootless professors, the seven-hour drive that constituted a grand vacation for our parents’ generation is now considered a short hike. Indeed, LDRs represent a rapidly growing area within the counseling services offered students and faculty, symptomatic, as they are, of the stress, psychological disruption, and trauma inherent in radical displacement.

— The lack of connection to home and region Zencey rightly decried in 1985 is further attested to by the explosive growth in study abroad programs and the coincident decline in the offering of the so-called “domestic study abroad programs” now largely relegated to campus ministries and spring-break service trips. Enrollment trends suggest that for today’s restive students, domestic study abroad is déclassé; the real cachet exists in traveling to exotic ports of call to seek the kinds of boutique experiences and rites of passage seemingly missing in a United States they now mostly (and wrongly) consider Big Box, boring, and boorishly monolithic. Likewise, cosmopolitan faculty are encouraged, supported, subsidized, and “incentivized” to offer courses abroad while faculty members wishing to take students to fascinating, ethnically rich communities within the United States are often denied financial and moral support by rootless administrators who are themselves far from port.

Add to these symptoms the worsening bunker mentality of displaced, disgruntled professors who take jobs in places they have no intention of staying for the long-term — places for which they feel no intrinsic love, appreciation, or respect, and no real desire to get to know (this is particularly true of Yankee professors unhappily ensconced in a South they not-so-privately decry) and add to it the growing problem of place-based discrimination against the local, native, and indigenous in hiring, firing, and promotion processes, and the thirty-year anniversary of Eric Zencey’s by now-classic article is a fraught one indeed for rooted professors and those who aspire to be.

There are a few bright spots to be celebrated, for sure — more intentional and local sourcing of the products, services, and branded baubles colleges routinely requisition, more university gardens producing more homegrown foods for consumption on-campus, more service learning “days” in first-year programs spent on the ground in local communities. Still, the larger message from purse-wielding state legislators, taxpayers, parents, and grounded students is clear: the rootlessness of academe and academics makes both seem increasingly foreign.

On the occasion of this thirtieth anniversary, it’s worth imagining what would happen if students followed their liberally educated professors’ examples and likewise preferred, for their highly intentional dollar, locally or regionally sourced professors, who, like a good farm apple, might be slightly less polished and bitter at first taste, but sweet and lasting in the end, in the way only the deeply rooted can be.

Zachary Michael Jack is a seventh-generation Midwesterner and creator of undergraduate and graduate coursework in leadership and place studies. An associate professor of English at North Central College in Naperville, Illinois, Zachary is a long-standing member of the graduate faculty of the Master of Liberal Studies and Masters of Leadership Studies programs respectively.