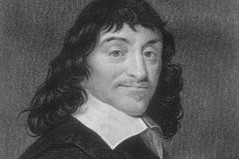 In the previous post I examined how Renaissance Humanism and the religious reformations can contribute to improving the multiversity as an institution that promotes the public good rather than being an academic patchwork that is sown together by specialized disciplines that only speak to themselves. Each of these movements sought a new paradigm to educate its members: Renaissance Humanism’s civic engagement, the Protestant Reformation’s individual conscience and democratic education, and the Catholic Reformation’s personal encounter with the truth to promote a renewed cultural life. Despite their differences, these three movements shared and partook in reforming education by incorporating the best elements of the past with the new methods of their day.

René Descartes and Francis Bacon continue this movement to reform intellectual life that still has a lasting influence in the multiversity with the dominance of mathematics and the natural sciences. They also define the two modes of knowledge for today’s multiversity: rationalism and empiricism. Although rationalists and empiricists differ on how we obtain knowledge, they are in full agreement that mathematics and the natural science are the primary methods to obtain truth rather than understand and represent it, as classical and medieval thinkers believed.

Descartes envisions a universal mathematics that would encompass principles of logic, symbolic methods, and automated reason to provide a path of knowledge for all human beings. Algebra instead of geometry is Descartes’ preferred method for reasoning about abstract, unknown quantities. The study and rules of manipulating symbols is more suitable for a universal mathematics than the examination of shapes, sizes, and positions: they are more pliable to be divided into smaller steps that one can understand completely, have utter certainty, and replicate repeatedly. These features – its universal accessibility, explanatory power, and certainty in results – account for the attractiveness of mathematics and its central place in today’s multiversity.

Like Descartes, Bacon also envisions a universal method but one based on induction. Bacon’s inductive method starts from sensible experience and ascends in a stepwise process, with sense data as guarantees, to generalized propositions. The higher one climbs the abstraction ladder, the more certain the knowledge. Bacon rejects any normative study of nature, as we find in Aristotle or Aquinas, and instead favors a purely descriptive account that begins by the collection of facts and then proceeds to methodical investigation. But knowing the hierarchy of nature does not produce knowledge for Bacon: “only making is knowing and knowing is making.” In other words, Bacon’s scientific method allows us to extract the secrets of nature for research and maximal efficiency.

These two modes of knowledge – mathematics and the natural sciences – have become the prevailing paradigm of today’s multiversity and perhaps even our entire manner of thinking. This is most evident in the recent attention that the STEM fields (Science, Technology, Engineering, and Mathematics) have been receiving by the multiversity, but it also appears in other ways that are not as obvious. For example, the student assessment movement, measuring student learning outcomes, is reflective of these Cartesian and Baconian impulses. Faculty are encouraged and sometimes required to incorporate standardized methods of evaluation into their courses in order that administrators can be certain students are learning what professors have claimed. It is also a way for administrators to control faculty, and thereby students, for whatever end they want as long as it is one of maximal efficiency, for ultimately mathematics and the natural science are principally a procedure which possesses no other end than itself. What counts is that certain rules, methods, and standards are followed regardless of its purpose.

Thus, the life of the student and the professor, and even the administrator, is not of their own choosing but rather set by pre-determined rules and methods imposed upon them. The activities of learning, teaching, and administering the multiversity acquire an automatic character that is conditioned by the principles of mathematics and the natural science which claim to be universal in nature. The pleasures of learning, the delights of teaching, and the satisfaction of management are dominated by forces beyond the students’, professors’, and administrators’ control. Some may even accept these rules, standards, and methods as something that is not only what is required of them but as genuine expression of themselves. Their lives are no longer their own.

In this context it should be no surprise that the decline of the humanities and, to a lesser extent, the social sciences have transpired in the multiversity. By their nature, these disciplines resist the standardization demanded by mathematics and the natural sciences: they do not claim to be universally accessible or produce reliable knowledge. Each of these disciplines rejects universal or standardized methods to study their subjects and instead have their own particular approach to the topics. To appreciate a painting or to understand a Platonic dialogue is a personal rather than an automatic act. In this sense, these disciplines have more in common with the classical and medieval traditions, which seek to understand and represent reality, instead of the modern one, which desires to describe and control it.

But this is not to decry the importance and advancement of mathematics and the natural sciences: their achievements are awe-inspiring, have improved our lives, and certainly deserve a central place in the multiversity. The question raised here is whether the principles of mathematics and the natural sciences should be adopted as the paradigm for the multiversity and the principles for operating it. On the one hand, a certain uniformity is required when dealing with students, faculty, and administrators, such as in tuition, benefits, or salary; on the other hand, this uniformity can yield distorted results when, for example, the same student assessment is used for music, biology, and psychology. A balance between uniformity and particularity is required for the multiversity when dealing with students, faculty, and administrators.

The real question is when to apply the principles of mathematics and the natural science and when to apply those of the humanities and social sciences. Only those with prudence will be able to determine when to do so, as reality is one of constant change rather than static uniformity. Decisions consequently need to be made on a case-by-case basis rather than employing an abstract, universal method that squeezes out contingency and particularity. It is only when the multiversity realizes that the universal methods of mathematics and the natural sciences are only means and can never be ends, it will reincorporate the humanities and social sciences back into its principles and paradigm of itself.