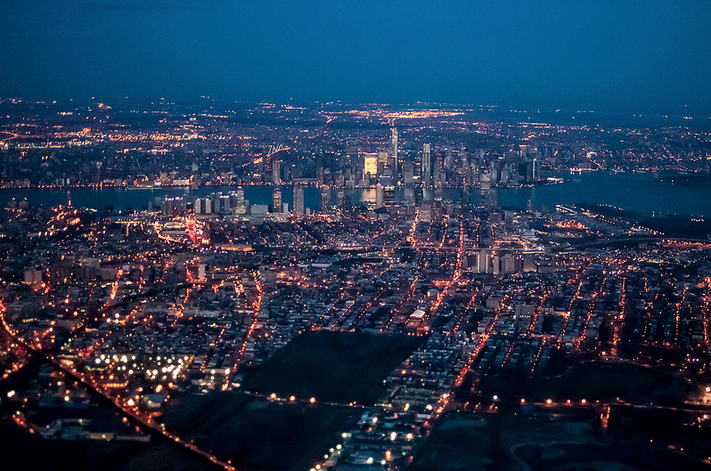 Plato wasn’t the first to recognize the connection that exists between morality and community, though he was the first to give it philosophical expression. In the Republic, Plato saw psychological integrity and political stability as analogous. The well-ordered soul is like the well-ordered city — apart from this organizational excellence, human flourishing, whether individually or communally, is just not possible.

This connection Plato saw was always more than a heuristic. There is a sense in which the polis has an outlook, the way its values, crystallized in the art it produces and manifested in the decisions it takes, are hierarchically arranged. And this arrangement, this organization, is either conducive to eudaimonia or it isn’t.

That a city can take a posture towards the good in this way was not lost on Augustine. His City of God is a sprawling, swerving polemic against a facile identification of earthly communities, which are always beset by the exigencies of human sinfulness, and the true community of God, a kingdom mostly hidden since its debut arrives far before its full realization in the eschaton.

You can hear the question lurking in the background: If the City of God is Christian Rome, then why is it being sacked? Augustine’s answer, which acknowledges overlap between the City of Man and the City of God, was careful not to prescribe withdrawal. Utopian communities will often fail due to the intractability of evil, even among the saints. Solzhenitsyn was never more right than when he said: “the line dividing good and evil cuts through the heart of every human being.”

If we follow Plato, we accept that societal configuration plays a large role in securing the capacities for human flourishing, and if we follow Augustine, we also see that human wickedness is ineliminable. Together, these insights seem to call us toward a complete affirmation of the institutions promoted by the Western, liberal tradition, tempered of course by a realism about the human heart and its inclinations. The former inspires us to generate the preconditions for virtuous communal living, while the latter teaches us that we can never fully achieve it.

These structures should not be like the ones we’ve come to associate with contemporary political institutions, which are invasive, bureaucratic, and distant. Worse, these structures undercut the philosophical anthropology just proposed. Tocqueville’s civic virtue cannot even get off the ground in a society in which government accomplishes all by compelling all.

Take a look at part five of Walt Whitman’s “Song of the Broad-Axe.” In it, Whitman contrasts two different theories about what makes a city great.

Where thrift is in its place, and prudence is in its place;…
Where the slave ceases, and the master of slaves ceases;
Where the populace rise at once against the never-ending audacity of elected
persons;
Where fierce men and women pour forth, as the sea to the whistle of death pours
its sweeping and unript waves;…

There the great city stands.”

It seems plausible to measure a city’s greatness by its capacity to draw inhabitants. We might marvel at its colossal buildings, or its landmarks. But these ways of measuring greatness would be mistaken. The glory of a city is in the character of the people who populate it. And this architecture of ethics is represented not by monuments or buildings, but by the individual choices of its inhabitants. A place where a commitment to equality, not a tall skyscraper, represents its reach toward the heavenly ideal.

A state can be configured in such a way so as to promote this outcome, certainly, but Whitman’s vision is not the kind that can be force fed. There is a decency that cannot be compelled by technology, or technocracy, or as Robert Nozick might have put it, patterning. The state can be designed to generate optimal outcomes, monuments can point the way toward desired social norms, yet if the people have not internalized the willingness to do what is right, none of the rest matters.

John Winthrop’s sermon, “A Model of Christian Charity,” which contains his famous “city upon a hill” passage, is a kind of ethical version of Plato’s division of labor. Plato suggested that living the good life is not possible in isolation from the polis. There may be loner types who can gather for themselves the necessities of life. But no single individual can do that and in addition secure the conditions for being able to live the good life. Hence, a division of labor is needed in which one person masters one thing, and another person masters another thing, and as everyone does the same the city not only produces what is necessary but also enables what is excellent.

While not neglecting physical labor, Winthrop’s vision was animated by an ethical division of labor. He longed for the Puritan ideal of charity to be exemplified by the community he would help found on American shores. Winthrop’s city is no longer possible on our shores, nor would it necessarily be desirable given its incompatibility with political pluralism, which is now ubiquitous. But Winthrop can serve to reinforce Whitman’s point: that city is great in which the “common words and deeds” of citizens are themselves our grandest monuments to its heroes.

It was precisely on account of its lawlessness that Philip Roth, in American Pastoral, called Newark, New Jersey “the worst city in the world.” Neither technological advancement nor technocratic prowess were able to stave off the riots that swallowed Newark alive in destructive frenzy. The riots were monstrous, but they were symptomatic of a decay already there. After all, it was Vietnam that had wrecked Swede Levov’s daughter, as well as the Swede himself, not the riots. Roth describes the Newark Riots of 1967 in this way:

“The shattering of the glass windows is thrilling. The not paying for things is intoxicating. The American appetite for ownership is dazzling to behold. This is shoplifting. Everything free that everyone craves, a wanton free-for-all free of charge, everyone uncontrollable with thinking, Here it is! Let it come! … The surreal vision of household appliances out under the stars and agleam in the glow of the flames incinerating the Central Ward promises the liberation of all mankind.”

This is the city fallen off the hill; the city under the earth. Its buildings and streets are ablaze, but it was the ethical architecture to go first. And this moral decay leaves a nihilism in its wake. “The fire this time — and next? After the fire? Nothing. Nothing in Newark ever again.”

If the vitality of the polis depends crucially on the virtue of its citizenry, why not privilege that which promotes virtue? There is a way to answer this question which is incompatible with liberalism, and a way which isn’t. Both answers affirm the significance of civic virtue, yet only one respects the presence of competing visions of the good. Given the reality of political pluralism, the best way to privilege virtue is to encourage and inspire the citizenry to be participants of it. Welfare liberalism crowds out personal involvement, which is a problem since personal action is a sine qua non of virtue. If my neighbor just receives a check, then I don’t need to take care of him — but here’s another crucial point: neither does he. It was that great enemy of welfare Franklin D. Roosevelt who said: “Continued dependence upon [government] relief induces a spiritual and moral disintegration fundamentally destructive to the national fiber.”

I don’t want to give you the wrong impression. This is not a call to abolish welfare and prop up soup kitchens; rather, it’s an exploration of certain interrelated concepts. Right individual living and right communal living share a deep connection. The institutions which seem best suited to inspiring ethical solidarity are the ones which require personal involvement and which honor personal responsibility. I am making no claim as to what exactly those institutions are (though Tocqueville had a pretty good list). Why don’t you tell me? Let’s help each other figure it out. Or should we just wait for our elected officials to tell us the answer?

Berny Belvedere is a professor of philosophy and a writer based in Miami, FL. Follow him @bernybelvedere on Twitter.