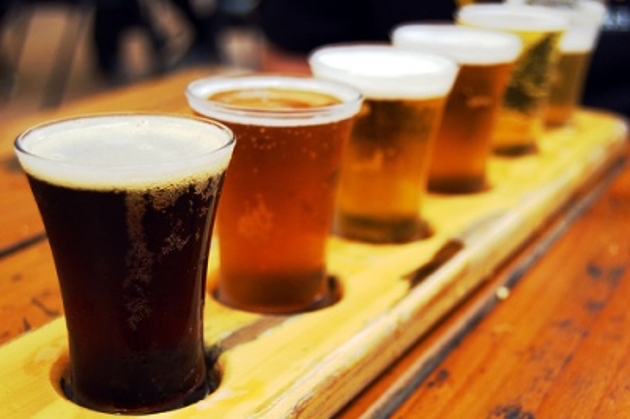 “It is a pleasure to carry out one’s duties of a citizen and to receive in return a receipt or a neat styrene card with one’s name on it certifying, so to speak, one’s right to exist.” – Binx Bolling in Walker Percy’s The Moviegoer

“Place refers not only to a geographical spot but to a defined niche in the social order: one’s place in the world. Thus, when we say we’ve found our place, we are speaking not only of a physical location, but of the achievement of a stable and mature personal identity within a coherent social order.”- Wilfred McClay, Why Place Matters

“The love of friendship is the love required by society because it alone of its very nature makes a society, a real relation between persons.” James V. Schall, S.J., The Abiding Implications of Friendship

Binx Bolling of Walker Percy’s The Moviegoer suffers from a listless life. He feels overwhelmed by the relentless passage of time which magnifies the ephemeral nature of things, and thus he finds himself “spinning” from one pleasure to the next in an effort to distract himself from his own self-alienation. He is sunk deep “in the everydayness of life” and goes on “searches” to disrupt his boredom, but these “searches” inevitably leave him unfulfilled as he refuses to commit to any one of them. Although Binx has been nurtured by the rich cultural traditions of the South, he struggles to find meaning in its customs and traditions as they too are quickly fading away. Binx fails to lay down roots of his own to withstand the rapid movement of time, and consequently, he never develops a strong confidence in himself and his place in the world. This fleeting cultural void, combined with his reluctance to embrace a transcendent worldview, leaves Binx searching for an animating force in his life.

Binx first seeks to distract himself with fleeting pleasures and adventures in order alleviate his malaise and find meaning in his life. These “searches,” as he terms them, recall him to his existence. They are akin to Kierkegaard’s rotation method and Nietzsche’s embrace of life affirming “ecstasies,” that is, the creative forces of life that confront nihilism head on. Binx, however, is no ubermench: he is consistently defeated by life’s monotony. These searches include his frequent joy rides along the Gulf Coast, his Mardi Gras trip around the French Quarter, and an unusual train ride up to Chicago.

Life’s everydayness presents Binx not only with the problem of a suffocating malaise, but most significantly, with an existential crisis. The relentless movement of time troubles Binx, not so much because of the boredom it causes but because he feels he is being tossed into nothingness. Binx fails to establish significant relationships and lacks a stable foundation from which to make a mark in the world and confront time, which threatens to erase all memory of one’s existence. Binx seeks to “certify his right to exist” not by raising a family or developing friendships in community, but through his stash of credit cards, diplomas, and magazine subscriptions. These items assure him that he does indeed exist in the world and that even though his “searches” disappoint, he escapes the nothingness of anonymity.

Though we are now more than half a century away from Binx’s world, his “searches” reveal a cultural compulsion magnified in recent years, especially with the advent of social media. How many of us succumb to the temptation to “check in” on Facebook or Instragram, as if to prove to ourselves that we actually did visit this pub or that city; Snapchat users spend an enormous amount of time finding the right “geo-tag” filter. As Wilfred McClay observes, “it almost seems as if we are living like plants without roots, drawing our sustenance not from the earth beneath our feet but from the satellites that encircle us and the computer clouds that feed and absorb our energies.” We are more keen on passing through than settling down and making the identity of a given place one’s own. Without roots, we lack any definitive place to stand in the world. We become listless like Binx Bolling and dare not to commit because we lack the sense of stability drawn from a permanent place. Rather than dismiss these cultural trends as threats to community life, we should take seriously the underlying causes of these cultural phenomena, which point to our yearning to belong.

What these trends tell us is that we live in a disintegrating and estranged world that leaves us feeling anxious and homeless. McClay puts it succinctly: “our actual and tangible places seem less and less important to us, more and more transient or provisional or interchangeable or even disposable…it is not surprising that a disruption or weakening in our experience of geographical place will be reflected in similar disruptions in our sense of personal identity. The two go together.” Places now seem interchangeable because they too have suffered from the relentless assault of commercialization and globalization. Mom-and-Pop shops give way to chains, small homes to faceless apartment complexes. The closest many contemporary young people get to rooted community life is college, which in part explains why many young people choose to recreate their college lives in dorm-style living arrangements. Whether in suburbs or cities, young people find themselves in places lacking a rich cultural heritage and sense of identity.

This longing for permanence gets sublimated in a thousand different ways: take for instance microbreweries which last year surpassed 4,000 in number, marking the highest number of breweries since the 1870s. These breweries pride themselves on belonging to a given place with local customs and traditions. The burgeoning number of these local breweries reveals that the human heart desires to belong, not abstractly on social media or through generic brands, but rather, to a place with its own history, character, and meaning.

The growth of microbreweries in the U.S. defies the growing economic and cultural pressure to paradoxically both homogenize and commercialize. Large beer companies are now seeking to capitalize on the trend toward craft beer, buying out local breweries or redesigning their brand to seem like a local product. The increase in microbreweries suggests that people desire products that are not mass produced, but rather, personalized and made with human hands, hands of folks they may even recognize from their neighborhood. Ordering a craft beer at a local pub is a refreshing change from mass production. While we may not know where or who made the food we pick up at the grocery store, we know the place and the people behind the microbrews. These craft beers are identifiable, personal, and unique. They instill a sense of pride in our community and make us feel connected to place, thus tethering us to existence.

Local ties and loyalties mark out a place for us to stand in this ephemeral world, helping us to break out of ourselves and grow in love for those in our community. Binx lacks these loyalties, which serve as a contributing factor of his malaise and existential uncertainty. Binx instead, like so many in today, fills the void of a loveless and lonely world with “searches”, overlooking the stable ground he already stands on through his family, faith, and community.

By ignoring his community, Binx necessarily ignores his friendships, without which no true community can take root. James V. Schall, S.J, expanding upon Aristotle’s treatment of friendship in the Ethics, notes that the “need and existence of so much public aid in our society is a lack of real friendship.” This is because “friendships cause the material welfare of a society to be better achieved. They provide for the immediate relief of citizens so that the humiliation and degradation that may come from public and therefore impersonal relief is avoided by the love and aid of friends.” It is no wonder that Facebook attracts users through the allure of “friendship,” but here the meaning of friendship has been reduced to impersonal and abstract connections over vast distances. True friendship is personal, that is, face-to-face. Friendship can only properly be formed in permanent and local places where people can actually see each other on a regular basis. Neighborhoods are ultimately loved not for their stores, or buildings, or parks, but for the people who reside in them. Finally, we love our country because it is our home, the temporal place marked out for us in the world.

Percy, the great Catholic personalist, understood that the end of our “search” does not exist in this finite world, but rather, reaches its fulfillment in an eternal source beyond this world. Percy believed, however, that we can capture glimpses of this transcendental source in and through the temporal world through our interactions with others in a given time and place. It is not surprising, therefore, that toward the end of the novel we find that Binx finally reaches the end of his search only when he enters into a personal and sacrificial relationship with his troubled cousin. Moreover, the novel ends with a rather mysterious scene which includes Binx’s encounter with a faithful churchgoer after an Ash Wednesday service, subtly revealing that the only place to take root against the relentless pursuit of time does not exist in this temporal world that disintegrates into ashes, but rather, in a place that stands firm in eternity.

Chesterton once remarked that those seemingly commonplace aspects of life, like friendship, reveal to us the deepest truths of human nature. What is most troubling about the disintegration of our places is the dismantling of human contact. When communities suffer, friendships suffer, and vice-versa. When we move into faceless apartment buildings and “luxury condos”, we lose a sense of contact with our neighbors, and so miss the opportunity to converse, develop lasting relationships, and work towards the common good. No amount of Facebook “likes” or “check ins” or lovingly localized craft-beer will compensate us for the authentic belonging that only real friendships, families, faith and permanence can provide.

As these online and microbrewed “communities” become more and more prevalent, let us not overlook the human longings that underlie them. We must seek to channel these natural desires of the human heart into living and textured communities of friendship to reaffirm that it is shared responsibility and solidarity which alone can combat the atomizing forces of contemporary culture. Perhaps then we too can capture a glimpse of that place rooted firmly in eternity.

Louis Cona graduated from Georgetown University in 2015 and is currently a seminarian for the Diocese of Rockville Centre.