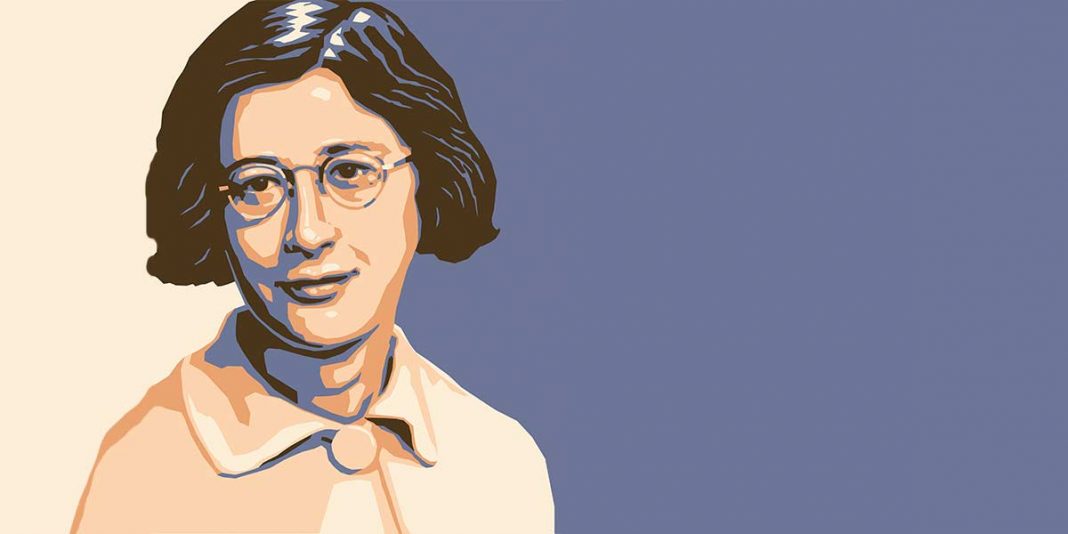 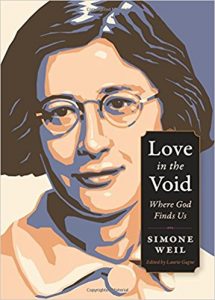 This selection of writings aims to make manifest to the reader Simone Weil’s “intensity in the pursuit of truth” and the “sense of the eternal which Weil had to an extreme degree.”  The admirably succinct biographical introduction describes how Weil “discovered, much to her surprise, that her pursuit of truth was, finally, the pursuit of Christ.”  She is especially valuable for opening this path toward Christ as truth “for those who struggle with institutional religion,” since her quest shows how “Christ makes himself known … to those who follow the deepest desire of their hearts.”

The selections included in this volume are drawn from two already existing volumes of writings by Weil: Waiting for God and Gravity and Grace.  The former is a thematically unified collection of several of her essays and letters, and the latter a thematically organized collection of short reflections and aphorisms in the notebooks she left in the possession of a friend before she died.  Since everything in this volume is drawn directly from those two already existing short books, even making use of the very same translations, one may wonder why the editor thought it necessary to reprint them in this form and why the reader should not just purchase the volumes already in print in their entirety.

The answer is that the editor manages in a pithy 105 pages to introduce the reader to all that is most compelling and appealing about the core preoccupations of Weil’s thought. Laurie Gagne shapes the selected texts into a well-ordered itinerary along the path of Weil’s continually deepening treatment of the phenomenon and discipline of attention, surely her most valuable contribution to the practical engagement of the pursuit of truth.  Weil had, and gave, the great gift of cutting through the evasions of consciousness and projections of our wills and wishes, so as to make manifest how, by wrestling with the challenges of becoming receptive and responsive to the true order of things, we also come to know ourselves more honestly.  Only thus do we encounter that which does not depend upon us but enables us to escape the poor confines of our self-centered constructs, namely, grace, the Good, and the reality of others and of God.

The book begins with Weil’s essay on “The Right Use of School Studies,” a very concrete short treatment of the practice and demands of attentiveness.  Next follows some of the best and most characteristic of Weil’s writings, the long essay on “Forms of the Implicit Love of God.”  Here Weil shows how a number of other kinds of love, because (as forms of attentiveness) they involve renouncing the imposition of oneself on the world, draw us beyond ourselves into the larger reality that is ultimately God’s reality.  Included here are the powerful chapters on love of neighbor and of the beauty of the world; omitted are the more problematic chapters on love of religious ceremonies and on friendship.  The interesting but difficult topic of Weil’s love of Catholic sacramental rites and resistance to entering the communion of the Church cannot ultimately be evaded by anyone following the arc of her spiritual conversion, but I think Gagne is right to set the topic aside for the purposes of this introductory book. (This is also the main concern of the letters to a priest included in Waiting for God but not in Love in the Void.)

The topic of friendship in Weil is also a vexed one.  Like the question of worship and belonging, it is caught up in the struggle that pervades Weil’s life: she remained torn between the rigorous demands of intellectual and spiritual autonomy and the claims made upon us by involvement in the lives of others.  She consistently adhered to the former, sometimes abruptly cutting off communication with friends and acquaintances due to disagreements over questions that mattered intensely to her.  Again, the topic can be put off until one feels the need to come more fully to terms with what is compelling and what is troubling in Weil.  The gist of her thought on friendship is also included in the selections from the very challenging essay on “The Love of God and Affliction,” which Gagne wisely places at the end of the volume.  (She also judiciously omits the passages in this final essay on the reign of necessity in the cosmic order, treated sufficiently for the purposes of this volume in the chapter on the beauty of the world and taken to Stoic extremes in the affliction essay.  In both choices of omission and inclusion Gagne has given us the succinct and appealing versions and deferred the problematic elaborations.)

Wedged in between this artfully reorganized material from Waiting for God we find a few choice sections from Gravity and Grace.  These deal mainly with the fertile activities of the imagination in filling up the void that threatens us when, in accord with the requirements of attentive love, we suspend the feverish activities of will and attachments to opinion with which we try to shore up a gratifying but mostly illusory sense of self.  It is in that void that we become able to encounter God. Accordingly, Weil ultimately describes our tendency to fill the void with inadequate objects of love by its traditional Biblical name: idolatry.

As a whole, then, the collection of writings in this volume carry us on a bracing trajectory from the phenomenon of attention through its unfolding in love of neighbor and the world. We dwell awhile on our arts of evading the demands this love makes on heart and mind, and conclude with the phenomenon of affliction, which we reflexively seek to avoid experiencing or even recognizing, but in which all possibility of imaginary falsification of our destitute condition and complete dependence is stripped away.  Thanks to the editor’s selection and arrangement, the volume serves admirably its dual purpose.  It is an excellent introduction to Weil’s writings and also a valuable guide and stimulus for cultivating a life in which intellectual and spiritual honesty are inseparable, and in which the difficulty of attaining them is seriously confronted.  It is ideal for classroom use, for introducing a friend to Weil, or for revisiting her long after an earlier encounter to be reminded why she is such a compelling and challenging interlocutor.