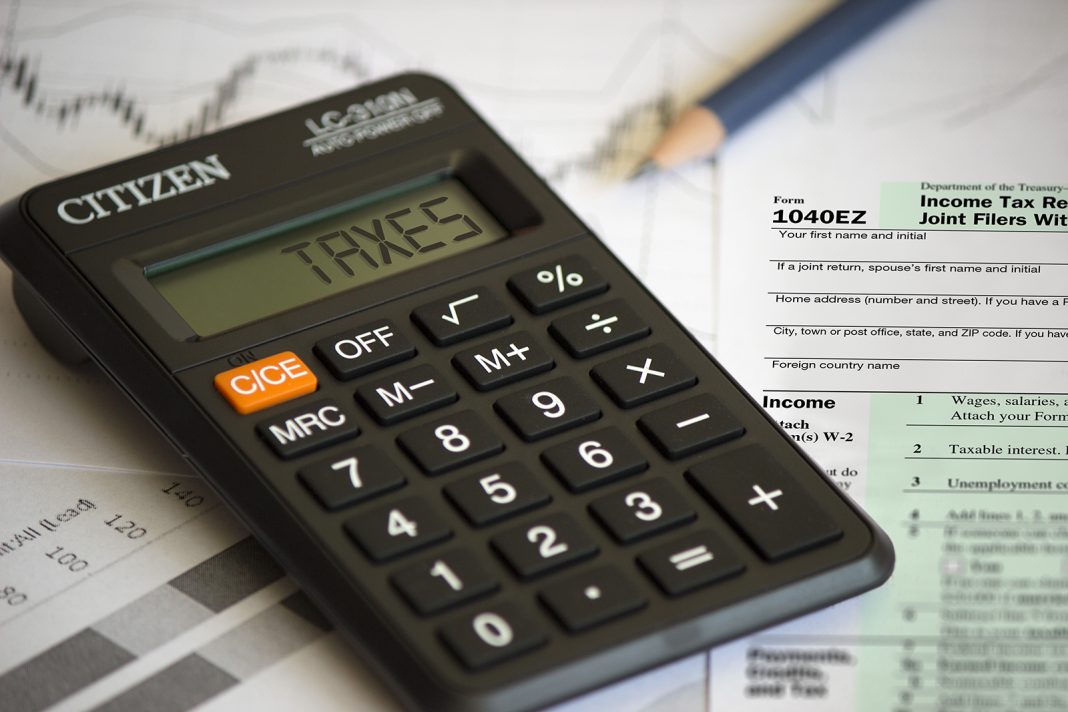 With the arrival of April comes the advent of tax season, where Americans collectively worry about how much of their paycheck goes to their state and federal governments. This most recent tax-day, I was sitting on my parent’s front porch, when I came to a startling revelation: our tax system is truly backwards. When doing my taxes, I think more about what Washington will do with my tax money, rather than thinking about my local government, and my direct community. This led me to think more on what a tax system that truly promotes localism would look like.

In American government, there is one debate that has remained constant since the founding: tax policy. In 1790, one of the first pieces of legislation passed after the ratification of the Constitution, and the establishment of our national government was a general tariff bill. Through the 18th and 19th Centuries, Congress passed tariff bills raising or lowering import duties for revenue and the promotion of domestic commerce. After the 1913 ratification of the 16th Amendment legalizing the income tax, Congress has passed bills raising or lowering taxes up to the present day, with the most recent iteration being the Tax Cuts and Jobs Act of 2017. Through this long history, one can see that there really are barely any new ideas being put forward by either major political party. The right, generally, argues for lower taxes on individuals and corporations while the left, generally, argues for higher taxes on bigger businesses and richer individuals. In short, the entire history of the United States tax system comes down to higher or lower taxation (whether direct or indirect) with no proposals detailing actual reform or significant structural change (after all, tariffs still exist even if they are less important in terms of revenue collected). Given this fossilized debate, and lack of true reform, I think it is high time for us to rethink our entire tax system.

Money from Washington and state capitals is sought while money from the community is simply expected.

In my opinion, the current tax system we have is centralizing, both in terms of where money is sent, and where power is held. We pay a majority of taxes to the federal government, while the remainder goes to state governments and a variety of municipal and county governments, plus additional indirect taxation. Ultimately, this patchwork system sends the bulk of the money it collects to the top, eventually working its way down (maybe). Municipalities and states compete for federal money even after charging and receiving taxes from their residents. Forget the trickle-down economics which has been demonized as wrong and immoral, our entire tax system is trickle-down, with municipalities, counties, and states competing for funds from higher up the tax ladder. Money from Washington and state capitals is sought while money from the community is simply expected. Meanwhile, tax revenue at the federal level is spent lavishly to keep budgets padded, as evidenced by the recent reports that the federal government spent nearly $5 million on lobster and crab in September of 2018. Imagine if that money hadn’t made it up to the Federal government to be wasted but had instead been invested in a local community. My local government for example just spent $7 million to preserve 60 acres as a City Park, a much worthier investment than crab legs and lobster tails for bureaucrats.

This, then, is the root of the problem. The pyramid of tax power and revenue is inverted. The bulk of the money starts at the top and doesn’t move down, and the people don’t have the power to reign in federal spending quickly or meaningfully. To correct this, a new tax system should be implemented that reverses all of this: the power of taxation is vested in local governments rather than primarily the federal government, and that money is sent up by the will of local governments and not demanded by a federal government that is wasteful, inefficient, and most fundamentally, geographically distant from the majority of people in the United States.

My proposition is simple. In order to combat the centralizing effect of our current tax system, and to encourage the vesture of true power in local governments, the tax code ought to be changed and consolidated so that we pay only one tax. This tax wouldn’t be paid to the federal or state government, but to the municipal government. The money would go to the municipality (or county if you live in an unincorporated area), and the rate you pay is determined by your local leaders, not legislators in D.C. or state capitols. The municipality charges the tax, fills its coffers, then funnels leftover money to the county. The county then fills its coffers and sends money to the state. The state uses what it needs, then passes any leftovers to the federal government. This totally decentralizes the tax structure while benefitting local communities the most. Under our current system, the federal government receives a majority of taxes and municipalities and states must fight for what they can. This system totally reverses that mentality. Instead of paying money directly to the top of the pyramid and hoping some of that comes back to your community, you invest in your community and funnel money up towards the top.

The state and federal governments would have to create budgets that shows what they would require in order to fulfill their obligations, but anything beyond this minimum would be a gift from the people, not dictated from above. This would encourage actual collaboration between different levels of government, and give municipal governments leverage with their counterparts higher up the chain of authority. Instead of the state and federal government dictating what municipalities must do, municipalities would hold the power of the purse. This, to me, is a true fulfillment of the federalism and balance of powers laid out in the Constitution: a federal government beholden to the people beyond what party controls Congress or the White House.

If this seems like a radical idea, we need only look back at history to show that it is not. Medieval Europe used a very similar type of tax policy as this. Instead of paying money to the king directly, peasants paid their lord taxes. The lord used that money to fill his coffers, and pay for the knights he kept in his employ to protect the peasants, and then paid the king. The king didn’t have absolute power over taxation because if he tried to collect more, the local lord could put up a fight with his own little army, dissuading an unreasonable level of taxation. After all, it was a king overstepping his authority on taxation that led to the creation and signing of the Magna Carta, formalizing what had previously been just a norm.

This system of taxation was more balanced, collaborative, and flexible than what we have today. Different levels of power within society weren’t competing for tax money from above, but were working from below for everyone’s benefit. If one power overstepped their bounds, the other would hold them in check. In hard times, taxes went up, in good times, taxes went down. This flexibility is something we could never achieve in Congress (especially as the parties drift farther and farther apart). Cities are the closest seats of governmental authority to their people, and thus have deeper insights into their unique cultures than any state or federal government agency could. In my home state, some cities would willingly tax their citizens more, others would not. If people didn’t like it, they could leave their municipality. Here’s what makes this system so responsive though, disgruntled residents wouldn’t have to leave their state.

Under our current system, if state taxes are too burdensome, people flee high taxes for lower taxes. This totally upends what local culture has achieved, and promotes atomization and rootlessness. If taxes are too high in California, people move to Texas. This proposal creates a competing system of municipal taxes that encourage people to stay closer to home, and hold their local leaders accountable. This restructuring would allow a federalism to exist that hasn’t existed since the end of the Civil War.

Before the Civil War, people were more loyal to their states with only a general feeling of loyalty to the United States as a whole. Home mattered more than whatever politics were happening at the national level. This in part explains why soldiers in the Confederacy fought so fiercely, they were defending their states and their homes from an invading force they considered foreign. The war itself was a great national unifier as well, with men marching throughout the country to preserve it. The deep south wasn’t so far away once you marched through it. Once the war was over, the nation continued this process of unification through a new force: centralization. Unique regional cultures began to be overshadowed by a broader national culture as people began to identify more as Americans, and less by where they were born. This nationalism, fueled also by Manifest Destiny and the westward expansion, helped to create an imperialist set of presidents who projected American power across the world in a way that would have been impossible without a sense of national unity and identity. The advent of the 20th Century with the imposition of the national income tax and mass transportation meant home mattered even less than before. Now, we face the very real crisis of many communities in steep decline because so many people have jumped ship, leaving their towns and states, especially in America’s heartland. This has happened in part because our tax system indirectly encourages migration. Not happy with where you’re at? Leave your state! Rootedness and place don’t mean much if you can move hundreds of miles away with little consequence. Your federal tax rate doesn’t change, but the community you leave behind does. We’re taught this has little consequence, but we know this isn’t true, and the lasting harm caused from rootlessness and atomization can clearly be seen today.

This proposal (though unlikely to be taken seriously by most) would create a counterpoint to today’s increasingly centralized society: that communities, not the federal government, should hold the true authority over one’s life, especially in matters of taxation. It helps create a sense of place, where people have direct control over what happens in Washington by taking control of their communities. It creates limits, by allowing communities to dictate what state governments and the federal government gets in terms of funds, creating true local control. Finally, it creates liberty by removing the yoke of the federal government while making it truly beholden to the will of the people.