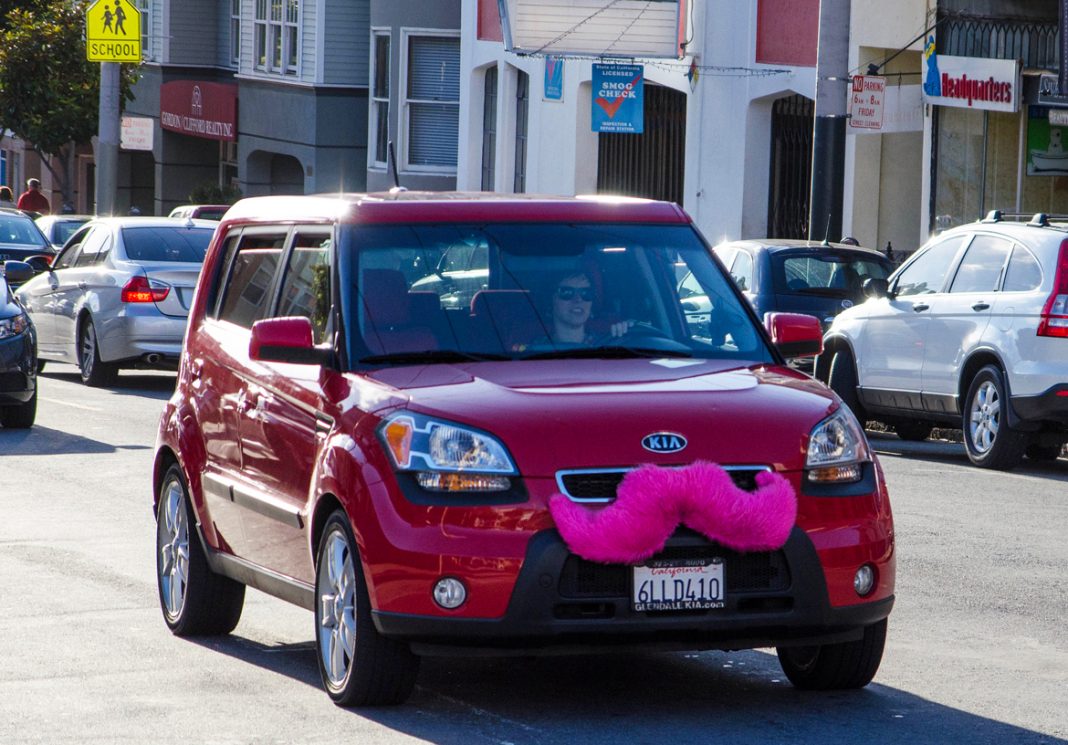 Earlier this year, headlines indicated that an unprecedented number of Americans are more than 90 days behind on their car loan payments. Nearly all economists agree that 7 million Americans defaulting on car payments reveals a crack in the façade of national financial stability. But the numbers also speak to our cultural context. Our society is experiencing a drift away from ownership, one with potentially meaningful consequences. To quote an Instagram ad for Le Tote, a clothing rental company: “renting is the new owning.” The service promises to “change the way you think.” But we’ve been thinking like renters for some time now.

Americans are increasingly becoming people who rent or lease just about everything. Cellphones are expensive, seemingly essential, and increasingly leased. Cellphone companies no longer even encourage customers to buy phones outright. Instead they pitch monthly plans. The same is true for music. People owned records, cassette tapes, CDs, and even MP3s, but increasingly the companies that sold us music are offering us streaming for a monthly fee. Why not subscribe to Apple Music? Tidal? Spotify premium? Even academic libraries weigh the cost-benefit analysis of online access to sources versus owning texts. It’s not just journal subscriptions that get considered, but even varying lengths of access to online books. What is perpetual access worth? And will anyone sell it to you anymore?

Some of these shifts in ownership seem to make sense and reflect consumer desires. Many people today, especially younger people we’re told, seem to prefer experiences overthings. Not everyone minds spending their money on something more ephemeral and having less to dust in the living room. And technology is changing so rapidly that leasing options seem to spare one the inconveniences that come with ownership when technology changes. What good is it to have the complete works of any musician on CD when neither your car nor your computer has a CD player? With streaming music, someone else will be responsible for updating the platform. And access to more rental options can be expanded access to all kinds of things for all kinds of people.

But shifts in the culture of ownership should not be taken lightly. Property ownership has been a cornerstone of our society. Our eighteenth- and nineteenth-century forebears certainly had fewer things around the house than the average middle-class American does today, but it was the prospect of owning land that lured so many immigrants to our shores. And property was not just linked to prosperity. John Adams thought it was “a right of mankind as real as liberty.” In practice, property often became a dividing line between those who could fully experience the promise of America and its liberty and those who could not. That relationship between liberty and property was so strong that it generated the post-Civil War promise, largely unfulfilled, of “40 acres and a mule.” And after defeating fascism in World War II, Americans returned to occupy the suburbs. Ownership was considered such an essential part of the culture that mortgage-related tax deductions effectively subsidized the suburbs, for some. Even today, Americans typically own larger homes than their economic peers in the developed world.

In many cases, “proprietary” is becoming the enemy of property.

The current shift in property ownership does not just reflect a break with our past or changing consumer preferences. Many of the most dramatic and damaging changes in regard to ownership are being led by private corporations. Even when we exchange our money for goods, some companies manage to retain some ownership of those goods. In many cases, “proprietary” is becoming the enemy of property. In October of 2018, The Verge described how Apple is “using proprietary software to lock MacBook Pros and iMac Pros” so that third party repairs are impossible. Imagine if you could only have your car repaired at the dealership. What’s happening to MacBooks is also happening to tractors. In September of 2018, Wired covered the ways that John Deere has “swindled farmers out of their right to repair” their own equipment. John Deere has managed to make diagnostics proprietary, which means that farmers cannot “change engine settings,” “modify” their tractors, or buy repair parts from anyone other than a dealer. We might ask if we really own the things we are legally forbidden to repair? Why are we paying for engines whose settings we can’t touch? It’s a fitting postscript to Wendell Berry’s 1977 classic, The Unsettling of America. This is a problem all of us. We increasingly fail to fully possess all that we’ve paid for. During the Cold War, we defended private property against a political ideology, but today we seem ready to hand it over to corporations.

The economic risks of a shift away from ownership are serious. Markets fluctuate and people encounter unexpected hardships. But the car you own isn’t repossessed after a hard month. The housing crisis didn’t just help precipitate our last recession, it also dispossessed families across the country who hadn’t finished paying for their homes. If we don’t own the very things we use and rely upon daily, we remain indebted to whoever sold them to us, and they can easily be taken from us. When our property is not sufficiently private, companies may simple choose to reclaim what they’ve sold, even if our personal finances are in order. That may seem alarmist, but Boing Boing just reported that as Microsoft shutters its ebook program, they intend to delete users’ libraries—of purchased books. Customers will get a refund, but as Cory Doctorow points out, this is very different from more traditional media: “I have bought many books from long-defunct booksellers and even defunct publishers, but I still own those books.” Not so with Microsoft ebooks. In this case, the seller can remove the sold goods from your virtual shelves.

The value of private property lies not just in the safety it offers individuals, but in the way that it shapes communities. In particular, ownership creates the endowment effect, which makes us regard the things we own as having greater value than they actually have. Economists have observed that it causes irrational bargaining. But it can also motivate us to maintain our homes and wash our cars. Ownership makes us feel invested. No one washes a rental car. And we feel differently about a neighborhood where we’ve bought a house. When we look at the noise surrounding single use straws, it’s clear that many people are beginning to be uncomfortable in a society where everything feels disposable. But ownership is a useful corrective to too much disposability. If that weren’t the case, we wouldn’t know Marie Kondo’s name or method. Literal stakeholders quite easily become metaphorical ones in our communities.

With significant property comes responsibility. Those responsibilities don’t just develop us as pillars of society, they can also develop us as people. The things we borrow and rent, we return. The things we own, we repair. As Matthew Crawford argues in Shop Class as Soulcraft, manual competency can be a way for us to develop our identity and reassert some control over our circumstances. Fixing and repairing things is part of the “struggle for individual agency.” Anyone who has done home plumbing repairs will tell you that it develops critical thinking and perseverance. But you’re unlikely to even change the oil in a car that isn’t yours. These types of opportunities for cognitive effort and problem-solving, often disguised as challenges, are primarily for owners.

Ownership also imposes limits. As the defaulted car payments show, we often lease beyond our means. But the current access we have to leased or rented items is designed to blind us to our limits and to make them distasteful. Your rented closet is probably more stylish than what you own. We now have paid access to more things than we could possibly own, but no ability to access anything should we ever run out of money or stop paying. When we expect to own things outright, we will likely have to accept owning less. Just as we need to recognize our limits, when we accept proprietary diagnostics—and similar systems that allow access without ownership—we erase the natural limits that ought to be imposed on companies. When property is not fully private, ownership is an illusion. The longer we live in the liminal space of paid access, the harder it is for us to recognize and appreciate ownership and life within healthy limits.

The idolization of private property can certainly go too far. Avarice is not the mark of a healthy society. In our past, far too many people have been denied the ability to purchase property and we have even allowed power and wealth to conspire to regard certain people as property. In our own time, you can be an invested citizen with or without a car payment or even a car. It is no sin to rent a shirt or an apartment. And it is not inherently virtuous to be a landlord. But to the extent that we can practice it virtuously, ownership can result in a greater investment in society and considerable potential for self-development. We should not give it up so easily. In a leased reality we are less aware of our limits and more subject to the winds of economic change and the whims of corporations.