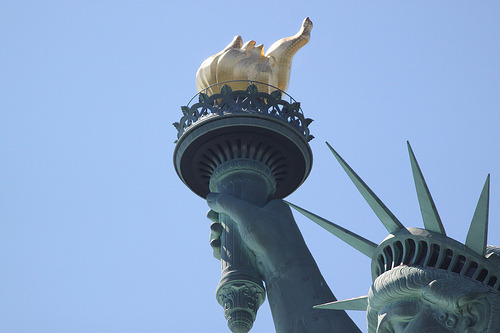 Patrick Deneen’s new book, Why Liberalism Failed, is a manifesto in defense of place, limits, and liberty. And the amount of attention it’s received (how often does The New York Times discuss a book three times in one week? And then continue discussing it?) suggests a growing awareness that something is rotten in the state of liberalism. Deneen’s book astutely diagnosis liberalism’s failings and argues that our culture needs a set of front porch republics to spring up amid the ruins of a decaying liberal order. In other words, it’s an excellent introduction to the concerns that animate Porchers.

While Deneen acknowledges his gratitude for the many goods that liberalism has fostered, he identifies two fundamental flaws that threaten to undo the liberal project from within: a false anthropology and a false definition of liberty itself. Instead of recognizing that humans are fundamentally relational, social creatures, liberalism posits that humans originate as autonomous selves who then freely choose their social or political attachments (as the father of a two-year-old, I find this origin myth particularly implausible). This view of the human self leads to a purely negative definition of liberty: anything that impinges on my ability to choose freely undermines my liberty. As Deneen remarks, “Liberty, so defined, requires liberation from all forms of associations and relationships, from family to church, from schools to village and community, that exerted control over behavior through informal and habituated expectations and norms.” By redefining liberty in this way, liberalism loses sight of the “ancient concept of liberty as the learned capacity of human beings to conquer the slavish pursuit of base and hedonistic desires.”

At its core, then, liberalism reverses the classical and Christian understanding of freedom.

At its core, then, liberalism reverses the classical and Christian understanding of freedom. It supposes that humans are born free and must establish institutions to preserve that original freedom; Deneen speaks for the tradition that believes humans only achieve liberty “through habituation, training, and education—particularly the discipline of self-command.” And in spite of its claims to neutrality, liberalism itself habituates its denizens. Its institutions form us into the kind of people it imagines we already were: “The political project of liberalism is shaping us into the creatures of its prehistoric fantasy: … increasingly separate, autonomous, nonrelational selves replete with rights and defined by our liberty, but insecure, powerless, afraid, and alone.”

Liberalism is a kind of Ponzi scheme that draws down these reserves in exchange for fabulous short-term profits.

As liberalism increasingly succeeds in creating autonomous, “liberated” selves, it grows more and more unstable. This is because liberalism’s initial successes were based, in large part, on moral and natural reserves that it inherited from pre-liberal sources. In effect, liberalism is a kind of Ponzi scheme that draws down these reserves in exchange for fabulous short-term profits. Healthy democracies depend on citizens who have been formed in illiberal ways to care for the common good. Thus far, liberalism has been able to make up for the gradual loss of such formation through remarkable wealth generated by technological exploitation of natural resources. But this “depletion of moral self-command and the depletion of material resources” cannot go on forever. Hence Deneen warns that “liberal society … would collapse if economic growth were to stop or reverse for any length of time.”

Another way of putting this is that autonomy only works if you’re wealthy and have money to pay for your independence. It’s expensive to not rely on your family or neighbors for childcare, friendship, entertainment, help with household repairs, or any number of other mundane needs. As Wendell Berry is fond of saying, affection has practical, economic benefits. This relationship between autonomy and wealth explains why liberalism creates such inequality between the “winners” and “losers.” But as the unsustainable wealth drys up—wealth that our industrial technology has given us in exchange for top soil, clean water, and healthy ecosystems—our autonomy will become increasingly burdensome. I highly doubt that the liberal order’s bandaids—like appointing ministers of loneliness—will be sufficient to heal these diseases.

So what might? Deneen’s conclusion points to the still-vibrant communal life that flourishes on the margins of liberalism. As he observes, America still has many local communities and associations that can serve as incubators of virtue and self-discipline in service of the common good. Deneen is well aware of the paradox that under the regime of liberalism we have to choose to limit our own freedom, we have to choose to belong to our neighbors in ways that limit our freedom to do whatever we want: “Ironically, given the default choice-based philosophy that liberalism has bequeathed to us, what might someday become a nonvoluntarist cultural landscape must be born out of voluntarist intentions, plans, and actions.” In other words, we can use the freedom that liberalism gives us to cultivate front porch republics. Such communities would keep alive the old tradition that imagines humans as political animals who “must through the exercise and practice of virtue learned in communities achieve a form of local and communal self-limitation—a condition properly understood as liberty.”