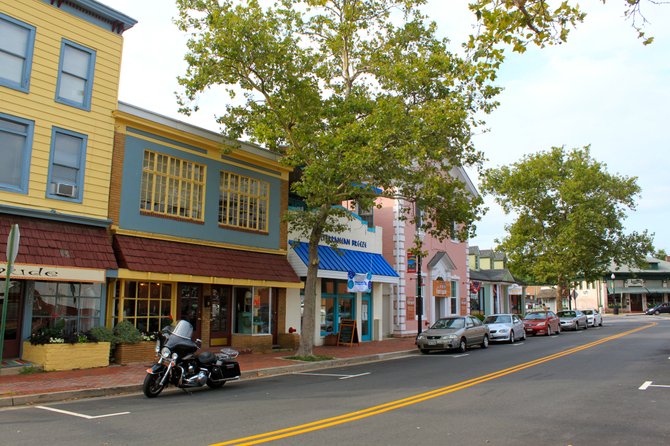 In his 2017 book The Road to Somewhere: The Populist Revolt and the Future of Politics, British commentator David Goodhart seeks to understand the recent populist moments that have shaped the West, from Brexit in the U.K. to the election of President Trump here in the U.S. At the heart of Goodhart’s analysis is a distinction between those he deems the ‘Anywheres,’ whose identities are achieved, and the ‘Somewheres,’ whose identities are ascribed. The thesis is that the schism driving our divided politics is not so much Left versus Right, but rather between those who derive their identity through educational and professional achievement and those whose identity is instead rooted in immutable, inherited characteristics: a specific place, culture, and history. It’s no surprise that the former, the Anywheres, have thrived in a global economic system that encourages (if not necessitates) transience and mobility. And with Anywhere people now defining the Western elite, the traits of the Somewheres are often seen as anachronistic and naïve at best, malicious and indolent at worst.

Goodhart’s analysis comes to mind in the context of a new book, Hidden History of Herndon, by local historian and former school teacher Barbara Glakas.  In many ways, Herndon, Virginia is the quintessential Anywhere place.  The town lies around 25 miles from the nation’s capital on the border of Fairfax and Loudoun counties. Those two municipalities happen to be among the wealthiest in the nation, in no small part due to their proximity to the capital city—and all the federal dollars that flow into the agencies and contractors that depend on the taxpayer dime. It’s no surprise, then, that the Herndon of 2019 is often considered a banal amalgam of strip malls and McMansions, cul de sacs and divided highways. More often than not, the town receives residents searching for two car garages and convenient access to commuter routes rather than for civic mindedness and “third places.” The built environment of Herndon, like that of countless other American suburbs, is both a physical manifestation and reinforcement of the Anywhere ethos, simultaneously attracting and creating those who disregard local particularities. Herndon could well be a prime example of a ‘placeless place,’ simply a label required by the post office to distinguish the otherwise indistinguishable suburban sprawl.

But as Glakas’s book shows, Herndon need not be condemned to that fate. Prior to its envelopment by the federal behemoth, Herndon was a place in its own right. The town—still one of only three incorporated towns in Fairfax County—sprung up in the mid-19th century following the arrival of the railroad that connected the area’s dairy farms to Washington and the Shenandoah Valley. Growth was inevitable, first as more farmers came to the area for access to the railroad and then as Northerners capitalized on the cheap land following the Civil War. A post office was established in 1858, the community incorporated as a town twenty years later, and a high school, Herndon High, was dedicated in 1912—which remains today as the oldest public secondary school in Fairfax County. Yet despite the rapid development, “Herndon continued to thrive as a close-knit farming community” through the middle of the 20th century. It was a self-sufficient town, complete with all the necessities to perpetuate community life, including a commercial core centered around the train depot and post office, and its own water system and volunteer fire department. In other words, Herndon was once Somewhere.

Herndon’s history is not unique among American towns on the periphery of big cities, and its transformation towards further dependence on the central city is no exception. The 1960s saw the construction of Washington’s massive Dulles Airport mere miles from the town, connecting Herndon to the nation’s capital as never before. The dairy farmlands that dominated early Herndon’s economy were quickly developed into car-centric subdivisions, reflecting the era’s nationwide shift away from traditional modes of development and towards greater reliance on the automobile. The locally-owned businesses that once served as the cornerstone of town life—the 1880 census details an occupational mix of farmers, carpenters, merchants, and other tradesmen among Herndon heads of households—slowly disappeared, replaced first by Kmarts and McDonald’s, and more recently by Mom’s Organic Markets and Paneras. While the latter, upscale chains may exhibit some semblance of regional variation with the locally sourced products they prominently display, both types of chains represent the homogenizing anti-culture of the Anywheres, a desire for familiarity that renders Herndon the same as Houston, and thereby a mitigation of the difficulty of frequent relocation across localities.

And yet, while the broad themes of Herndon’s history are commonplace, it’s this history—or, more precisely, the deliberate remembrance thereof—that imbues Glakas’s work with value. The populism that can emerge from the Somewhere impulse is, as Goodhart writes, “a normal reaction to liberal overreach,” and perhaps one that is badly needed as it becomes more apparent that economic and cultural openness of the West has not benefitted all our citizens. But it can, at the same time, feed into the more nefarious strands of nativism if not properly balanced. What’s needed is a compromise, a synthesis of the Anywheres and Somewheres, an aristopopulism that renews a sense of rootedness and local patriotism among the rootless class. To reverse the Herndon trend towards homogenization and atomization, we need our Anywhere places to instead represent and reinforce the Somewhere ethos.

The mere fact that Hidden History of Herndon exists is important. The book shows that despite its increasing economic reliance on the nation’s capital, Herndon is more than bedrooms and garages. It’s a town with residents who care about the local peculiarities that differentiate it from surrounding suburbs, providing a sense of local pride that is so necessary to flourishing civil society. It’s a town whose reemerging historic core and civic events reflect, to borrow from Robert Nisbet, a quest for community. As our culture and politics stratify ever more, dividing global elites from the people in the places they’ve left behind, more of our suburbs should follow Herndon in its endeavor to become a Somewhere suburb.